The Basics About Chrome OS - InformationWeek

Don't expect much more from Google until its open source release.

After posting several blog paragraphs about its planned operating system that stirred up equal parts excitement and uncertainty, Google clammed up, refusing to provide details on its strategy, or even basic technical information.

Here's what we do know. Chrome OS is being built on Linux, though Google hasn't said which flavor, and the software is due to be released to the open source community later this year. Google's aiming first at users of consumer netbooks, for people who spend most of their computing time online and in the browser, with an emphasis on simple, secure, and fast Web access. People won't be able to install client-server apps on Chrome OS, so users will have to depend on Web tools such as Google Docs and online versions of Microsoft Office. Google will provide the OS on full-powered PCs after netbooks. It's treating Chrome OS as a separate project from Android, its Linux-based smartphone OS. Netbooks--low-cost, portable computers whose main function is Web surfing--that run Chrome OS are supposed to be available in the second half of 2010. Chrome OS will be free and run on x86 and ARM chips. Google released a list of partners that will build devices for the platform, including Acer, Asus, Freescale, Hewlett-Packard, Lenovo, Qualcomm, Texas Instruments, and Toshiba. HP's statement on the partnership was more shoulder-shrug than endorsement. "HP wants to understand all the OS choices in the marketplace that may be used by its competitors, and remains open to considering various approaches to meet its own customer needs. We want to assess the capability Chrome may have for the computer and communications industries, and so we are studying it." HP says it doesn't discuss products that "may or may not be under way." 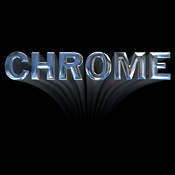 Why Business IT Shouldn't Shrug Off Chrome OS
It sends a message about the future of the Web on employees' desktops.

Is Instant-On Chrome OS's Killer App?
It's a good start, though rivals are already delivering it.

Chrome OS Faces Integration Challenges Ahead
Google has only begun to solve problems getting client apps and Web apps to work together.