With Windows 10 fast approaching, we spotlight five features that will change the enterprise user experience. 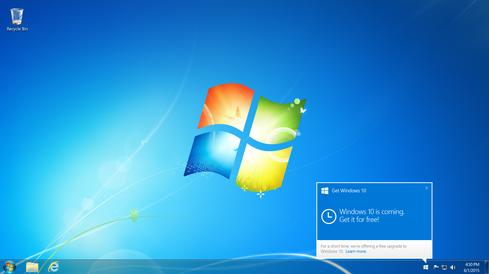 When Microsoft first announced the development of Windows 10 in January, it was at a consumer-focused publicity event. Company officials highlighted features like a new browser and Photos app with the goal of appealing to a broad consumer audience.

As the team continued development over the ensuing months, releasing more details to the public and rolling out Windows 10 preview builds to Windows Insiders, it became clear that the new OS will be just as significant to business users as to consumers.

As CEO Satya Nadella said in his keynote at this year's Ignite conference, the enduring mission at Microsoft is to "empower every person and every organization on the planet to achieve more." Its goal of reinventing the nature of work through the integration of technology and business processes will propel Microsoft into the future of productivity.

Windows 10 plays a critical role in this undertaking. The new OS marks a turning point in how Microsoft builds and delivers new features and services to the projected one billion devices it will support by its third-launch anniversary.

The upgrade will be free of charge to consumers and small businesses running Windows 7 or Windows 8.1 starting July 29. They will download one of two editions. The first is Windows 10 Home, which has all the new OS features except those limited to the Pro edition. Windows 10 Pro is for higher-quality devices, like those used in business, and has features including the ability to set up a PC as a remote desktop server, Hyper-V virtualization, and BitLocker encryption.

Windows 10 Enterprise will be released as an upgrade to larger enterprise customers. Large businesses holding Volume License contracts will be able to install Windows 10 Enterprise, but the upgrade requires that the products already have a Windows business edition license.

Windows 10, the last version of Microsoft Windows, will pack new productivity features and security updates to accommodate enterprise users. From a specific business edition to Universal Windows apps, there are a few key differences that set it apart from its predecessors.

Here, InformationWeek examines which key features in Windows 10 will most affect business users. Will you be downloading the new OS? What are you most looking forward to?