August 2 marked the launch of the Windows 10 Anniversary Update for PCs. Smartphones will receive the update in coming weeks.

Windows 10 At 1 Year: 9 Ways It's Changed
(Click image for larger view and slideshow.)

Microsoft rolled out the Windows 10 Anniversary Update to PCs on Aug. 2. The update delivered several new features and fixes to current users of the OS.

The upgrade arrived a few days after the actual anniversary of the Windows 10 launch on July 29, which is when Microsoft terminated the free upgrade offer. Those who had downloaded Windows 10 by then received the Anniversary Update at no cost.

Microsoft first announced the Anniversary Update at its 2016 Build developers conference. Executives demoed some of the key features, which focus on digital inking capabilities, Cortana, and security.

Windows Ink, a new digital inking hub, is designed to improve digital pen use in Windows 10. Users can quickly jot down notes, scribble on screenshots, or mark up documents in core Windows apps like Word and PowerPoint.

Cortana will be available above the lock screen, so users can ask questions or set reminders without unlocking. Security advancements include Windows Defender, a free anti-malware service, and Windows Hello built into Windows apps and the Edge browser.

Microsoft is also giving Edge a boost as part of the Anniversary Update with power-saving improvements designed to improve battery life. Extensions arriving in Edge include AdBlock, AdBlock Plus, LastPass, and Amazon Assistant.

Despite the many changes Microsoft packed into the anniversary OS release, it's not giving businesses much urgency to upgrade, as discovered in a survey of more than 300 IT pros conducted by systems management specialist Adaptiva.

The survey discovered 63% of businesses plan to hold off on upgrading for at least six months. While more than three-quarters (76%) of respondents claim the Anniversary Update isn't giving them to change the date, 39% of large businesses say they will migrate sooner because of the release.

The Windows 10 Mobile Anniversary Update was delayed beyond the Aug. 2 launch. Microsoft later confirmed on Twitter the mobile version will be available on Aug. 9, reported Neowin.

As part of this week's Windows Holographic news, Microsoft announced it's expanding HoloLens Development Edition to all developers and business customers in the US and Canada. 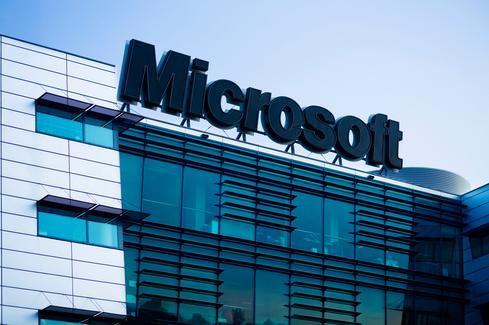 The Microsoft HoloLens Commercial Suite includes the development edition hardware and a few enterprise features for device management and security. Developers can now buy up to five devices without an application on hololens.com.

Some features in the commercial suite include BitLocker data encryption, Windows Store for Business, remote connections via VPN, and mobile device management so that IT departments can manage several devices at once.

The Windows 10 Anniversary Update will be Microsoft's last major feature update for 2016, Microsoft reported in a blog post. Users can expect two more feature updates to arrive in 2017.

This week also brought the release of new Skype bots. These "partner-inspired bots" are on the Skype Bot directory for iOS, Mac, Android, Windows, and web apps. Bots are designed to communicate with apps and users so it's easier to do things like plan travel or manage your calendar.

Kelly Sheridan is the Staff Editor at Dark Reading, where she focuses on cybersecurity news and analysis. She is a business technology journalist who previously reported for InformationWeek, where she covered Microsoft, and Insurance & Technology, where she covered financial ... View Full Bio
We welcome your comments on this topic on our social media channels, or [contact us directly] with questions about the site.
Comment  |
Email This  |
Print  |
RSS
More Insights
Webcasts
What We Can Learn from Sports Analytics
Protecting Your Enterprise's Intellectual Property
More Webcasts
White Papers
The State of Threat Detection and Response
Frost Radar: Global Threat Intelligence Platform Market
More White Papers
Reports
The State of Cloud Computing - Fall 2020
Special Report: Understanding Your Cyber Attackers
More Reports