Windows 10: Free For All Insiders? - InformationWeek

Microsoft's muddled messaging sparks a debate over whether Windows 10 will be available for free to Windows Insiders.

In a June 19 blog post, Microsoft's engineering general manager Gabe Aul highlighted several changes expected to arrive in the next Windows 10 preview build. The most noteworthy idea came toward the end, when Aul drew attention to the free upgrade process for Windows Insiders.

This is the original text of the post, as it was published on Friday and posted on WinBeta:

As long as you are running an Insider Preview build and connected with the MSA (Microsoft Account) you used to register, you will receive the Windows 10 final release build and remain activated. Once you have successfully installed this build and activated, you will also be able to clean install on that PC from final media if you want to start over fresh.

Reading this, Windows Insiders could infer that when Windows 10 launches on July 29, they would be able to install the new OS for free without running a licensed version of Windows 7 or Windows 8.1. This would have broadened the opportunity for free upgrade to people running an otherwise ineligible system like Windows Vista or XP.

Aul clarified this idea in a Twitter message on Friday:

"Install [Build] 10130, connect registered Insider MSA, upgrade to RTM, stays genuine," he wrote in response to a follower inquiry. Build 10130 is the most recent iteration of Windows 10, released to Insiders on May 29.

It sounded like great news, until someone (likely Microsoft's massive legal department) requested a few confusing edits to Aul's post. A revised version of the content read as follows:

As long as you are running an Insider Preview build and connected with the MSA you used to register, you will receive the Windows 10 final release build and remain activated. Once you have successfully installed this build and activated, you will also be able to clean install on that PC from final media if you want to start over fresh. It's important to note that only people running Genuine Windows 7 or Windows 8.1 can upgrade to Windows 10 as part of the free upgrade offer."

Huh? The elimination of the word "activated" and newly added sentence (underlined) gave Insiders some doubt. These edits indicate that without a valid Windows 7 or Windows 8.1 license, Insiders cannot receive a free, genuine version of Windows 10. Microsoft did not describe the restrictions placed on non-genuine copies. 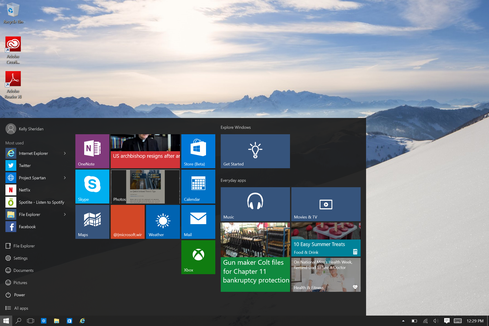 A day after the edits were made, Aul took to Twitter once more for some much-needed clarification. Aul confirmed that registered Insiders who upgrade to Windows 10 through a clean install of the preview version will receive the new OS in its fully activated form. Insiders who install the preview build before July 29 can download Windows 10 and keep it active, even without a previous version of Windows on their PC.

Windows Insiders have been testing preview builds of Windows 10 since the OS was first announced earlier this year. Whether you're a longtime Insider or new to the program, here are a few changes you can expect to see in the next build prior to launch day: