"The wolf will live with the lamb, the leopard will lie down with the goat, the calf and the lion and the yearling together..." And we can now add to the list "...and the bash shell shall run as native on Windows 10." (With deep apologies to Isaiah.)

In an announcement at Microsoft Build 2016 in San Francisco, the company said that the bash shell from Canonical's Ubuntu will run on Windows 10. That in itself isn't ground-breaking. There are a number of virtualization platforms and emulators that will give you bash from a Windows screen. The Cecil B. DeMille, Old Testament-caliber news is that bash is running as a native interface on Windows 10.

Let's look at what this means.

The two companies have worked together to create the Windows Subsystem for Linux. This incorporates all the Ubuntu user-mode code into Windows 10 by replacing the Linux kernel with Windows' NT kernel. Thought of another way, it means that bash is as much a native as Windows 10 on the NT kernel -- and that co-native approach has some serious implications for developers.

For one thing, it means that code doesn't have to be recompiled to run on Ubuntu-on-Windows. The elf64 binaries that are created from gcc C compiler runs, for example, will function fine within the bash shell you reach from the Windows Terminal. From a development point of view, that's huge.

For another thing, it means that developers and system administrators accustomed to working in the bash shell on servers don't have to relearn commands or write new scripts for their work. They simply copy them to their Windows 10 machine and they're off to the races. 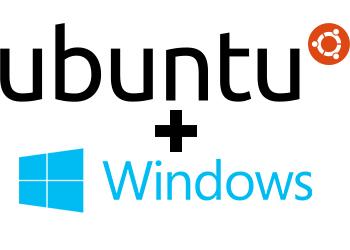 While the technology of this new mash-up is important, the more important piece of the announcement might well be the degree to which it signals Microsoft's admission that the world is not only Windows anymore.

In a relatively short period of time (a handful of years) Microsoft has gone from an official posture that included a Web browser that was only semi-compatible with the rest of the world to its current reliance on the cloud and integration of open source software into the very heart of Windows 10.

Developers and sysadmins who live mainly in Linux can now choose Windows 10 computers without having to worry about dual boot, VM, or code emulator products clogging up their workflow and complicating life. That makes life dramatically easier for a small yet critical niche in the market.

The niche is critical because it's where the "alpha geeks" -- the ultimate power users -- live. Those users tend to have an outsized influence on the other users in their organizations. If they say that Windows 10 is "cool," then Windows 10 becomes far more likely to be enthusiastically accepted by users who simply want the best system.

These power users tend to have an enormous impact on the purchasing managers in IT, as well. When the most software-savvy power users give their seal of approval to a system, it's a big deal in the halls and cubicles of IT.

None of this means that Microsoft is going to abandon Windows for Linux. But as a sign that Linux is now an accepted part of enterprise IT, even for those fully invested in Windows, it's in 40-foot tall blinking neon. If you look hard enough, you can see goats and leopards snuggling up by its big, rosy glow.