After Windows 95 turned 20, we learned about the future of Windows 10, SharePoint Server 2016, and Cortana for Android.

We started this week with a look back at the launch of Windows 95 and proceeded to learn more about the future of Microsoft with updates to SharePoint Server 2016, Windows 10, and Cortana for Android.

Monday, Aug. 24 marked the 20th birthday of Windows 95, an operating system that proved a major milestone for Microsoft.

The widely publicized launch was reflective of the impact Windows 95 would have on personal computing. Microsoft's upgraded 32-bit OS brought us the familiar Windows UI, built-in Internet support, mobile computing features, and Plug and Play for hardware and software installation.

Days after it celebrated the 20th anniversary of Windows 95, Microsoft announced the rapid growth of Windows 10. Since its July 29 launch, the new OS has been downloaded on 75 million PCs and counting.

In less than a month, more than 90,000 unique devices in 192 countries have been upgraded to Windows 10. The Windows Store has seen six times more app downloads than it did per device with Windows 8. Cortana has responded to "tell me a joke" with over half a million witty comebacks.

Twenty years is a century in the tech world, and the key features in Windows 10 are largely different from those marketed in Windows 95. Familiar desktop interface aside, the latest version of Windows emphasizes cloud and mobility with universal apps and the Windows-as-a-Service model for delivering new fixes and features.

Windows Insiders saw the newest batch of Windows 10 updates this week with the release of preview build 10532 for PCs. Insiders will continue to preview and test builds before they roll out to the public, as they did throughout Windows 10 development.

The updates in build 10532 are minor fixes in response to Insider feedback, including changes to the desktop color theme. Insiders can now also share their feedback with one another through apps that support Windows Share or direct links copied to the clipboard. Microsoft promises to bring the updated sharing feature to its next Windows 10 Mobile build. 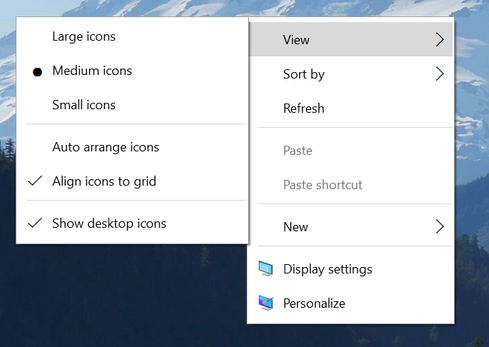 Other updates from this week include the arrival of Cortana for Android beta, which is currently limited to smartphones in the US. Android users who download Cortana can use it for voice-powered Web searches and setting reminders, but Microsoft notes it's still on its way to having the same functionality as Cortana for Windows.

The upcoming release of SharePoint is built on the same platform as SharePoint Online, so testers can expect similarities between the two. New features include an app launcher and new control surface for managing and sharing content. SharePoint Server also delivers new compliance tools and support for files up to 10GB.

Kelly Sheridan is the Staff Editor at Dark Reading, where she focuses on cybersecurity news and analysis. She is a business technology journalist who previously reported for InformationWeek, where she covered Microsoft, and Insurance & Technology, where she covered financial ... View Full Bio
We welcome your comments on this topic on our social media channels, or [contact us directly] with questions about the site.
Comment  |
Email This  |
Print  |
RSS
More Insights
Webcasts
Cybersecurity's Next Wave: What You Should Know
Strategies for Success with Digital Transformation
More Webcasts
White Papers
Why Add Security to Your Skill Set and How to Do It
Sunburst: Impact and Timeline
More White Papers
Reports
The Malware Threat Landscape
The State of Cloud Computing - Fall 2020
More Reports

There are at least two on-screen keyboards.  One is smaller than the other.  The smaller seems only available at boot time and the larger appears at all other times.  The larger is so large that it obscures a significant portion of a small display and isn't movable more than 50% off of the display.  You can't toggle between the large and small one.  This larger one lacks a dedicated title bar and so cannot be moved at all if it thinks that it needs to suggest spelling for you.  No way to toggle off the spelling fn so that the keyboard can be moved.

Settings app lacks back button and close button.  So do a large number of these sorts of metro(?) things.  The windows they run in also cannot be resized.  Transfering information or using one of them as reference while filling out another is kaput.

Personally I do not like the UI in Windows 10. I even did not upgrade to Windows 8 even. I cannot simply say that Windows 10 UI is bad - anyway there is personal preference factor. Nowadays I use Mac OS X quite often.:-)
Reply  |  Post Message  |  Messages List  |  Start a Board

Inconsistant, fractured user interface.  On-scrren keyboard lacks title and therefore cannot be moved while it displays spelling suggestions.  If it's over top of what you're trying to fill in, well tough!  Looks like what's worked in the past was thrown out without review of ramifications.
Reply  |  Post Message  |  Messages List  |  Start a Board

Well, you can subtract 1 from the number of downloads.  I installed Windows 10 on my laptop, and it was working fine for a few weeks, then all of a sudden, the start button stops working.  I clicked on it, and a dialoge pops ups saying there is a critical error with the start button.  It tells me I will get logged off, and hopefully the error will be fixed next time I log on.  Guess what!  It didn't fix the many times I logged on.  I Google search told me I wasn't the only one with this problem.  Hey Microsoft, if  you're going to tout the return of the Start button, MAKE SURE IT WORKS.  Glad I could go back to 8.1 .  I'll stay there for a while so our friends at Microsoft can fix their problem.
Reply  |  Post Message  |  Messages List  |  Start a Board

@mejiac: I too haven't had any issues, although I installed the Windows 10 on a virtual machine atop my windows 7. I do have noticed that there is absolutely no lag on the VM but when I had installed windows 8 it used to lag a lot.
Reply  |  Post Message  |  Messages List  |  Start a Board

This is one of the reason I think Microsoft did a brilliant roll out strategy. By offering Non-license user the option to upgrade for free, they are doing away with just that. This also leads the way for more third party to come onboard, since for the windows app store assuring a steady stream of revenue for all parties is critical.

@vnewman2: I think most numbers are exaggerated by Microsoft. This is a basic marketing policy. The numbers would be far less than actually stated.
Reply  |  Post Message  |  Messages List  |  Start a Board

@mejiac: indeed this OS is superb, and everybody needs to know. However for homes we kind of end up using pirated software, and thus the Home edition of this OS would do no good because it disables the pirated software. Although it hasn't still happened on my home computer, although I am using it on a virtual machine atop my windows 7.
Reply  |  Post Message  |  Messages List  |  Start a Board

I really do appreciate your feedback and opinions about MS10. I think I may try it out on my sons PC first... ; )
Reply  |  Post Message  |  Messages List  |  Start a Board