Microsoft is starting its week on a positive note with news of a July 29 launch date for Windows 10. You can hear Cortana tell you herself on the Windows blog.

On July 29, Windows 10 will be available as a free upgrade to users running Windows 7 and Windows 8.1. This offer is a one-year deal, so you have until July 2016 either to upgrade an existing device or to purchase a new Windows 10 product.

The initial Windows 10 release will be limited to PCs and tablets. We will eventually see a mobile version, but Microsoft hasn't yet mentioned a launch date for it.

If you want to download Windows 10 early, Microsoft recommends reserving an upgrade in the Get Windows 10 app. This can be done by clicking the Windows icon on the taskbar, selecting "reserve your free upgrade," and entering an email for confirmation.

Don't want to reserve? You can still get Windows 10, but it might take a while. Microsoft will begin notifying reserved devices of their upgrade availability on launch day. "Some notifications will go out as soon as Windows 10 is available; others may go out in the weeks or months following," the company reports.

We've been hearing about Windows 10 for a few months now, ever since it was first announced in late January. Over the last few months, Microsoft has rolled out myriad new OS features that aim to address the shortcomings in Windows 8 and solidify the company's status as a front-runner in modern technology.

Microsoft let users in on OS development by releasing preview builds to an audience of Windows Insiders. Throughout development, more than 4 million Insiders tested Windows 10 and provided Microsoft with feedback that was used to inform changes. 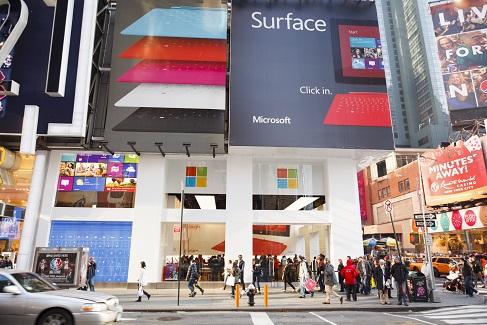 Some of the most anticipated features included an updated Cortana, Microsoft Edge browser, new security measures, universal apps, Continuum for transferring between tablet and PC mode, and revamped apps for essentials like Mail, Photos, and Calendar. Microsoft is also emphasizing its focus on productivity with universal apps for Word, Excel, PowerPoint, and Outlook. We'll also see the return of traditional favorites like the Start menu and Solitaire.

July 29 marks the last major OS launch for Microsoft. Starting with Windows 10, new features and security fixes will be delivered in smaller incremental changes. The availability of "Windows-as-a-Service" means that rather than waiting until the next major Windows launch, customers can receive updates as they are ready.

Kelly Sheridan is the Staff Editor at Dark Reading, where she focuses on cybersecurity news and analysis. She is a business technology journalist who previously reported for InformationWeek, where she covered Microsoft, and Insurance & Technology, where she covered financial ... View Full Bio
We welcome your comments on this topic on our social media channels, or [contact us directly] with questions about the site.
Comment  |
Email This  |
Print  |
RSS
More Insights
Webcasts
The Failures of Static DLP and How to Protect Against Tomorrow's Email Breaches
ROI and Beyond for the Cloud
More Webcasts
White Papers
Transforming the Corporate WAN: Enterprise Network Insights
Frost Radar: Global Threat Intelligence Platform Market
More White Papers
Reports
Annual Global State of the WAN
The Future of Multi-Cloud Networking 2020
More Reports

The link works in IE and Chrome, but not in Firefox. That's wierd. Thanks though
Reply  |  Post Message  |  Messages List  |  Start a Board

@mak63 I'm sorry, that link should be working. If not, here's the page with the reservation details - http://www.microsoft.com/en-us/windows/windows-10-upgrade
Reply  |  Post Message  |  Messages List  |  Start a Board

@Gary_EL. Microsoft most certainly will be releasing an ISO, nonetheless, if I'm not mistaken, most of the upgrades will come as the Previews are coming: thru Windows Update, at least for those who reserve it.
Reply  |  Post Message  |  Messages List  |  Start a Board

The link to reserving an upgrade takes you to a "We are sorry, the page you requested cannot be found." (same landing page from the blog)
Maybe a sign of problems to come for those who will upgrade? Hopefully not.
Reply  |  Post Message  |  Messages List  |  Start a Board

The smaller, incremental operating system updates instead of the Windows 95 type of big hype launch is one of the changes imposed by Satya Nadella on an entrenched, hardline product organization used to be big updates. Instead, they're following the more agile practice of the browser suppliers and mobile application developers. And it's about time. The aging Rolling Stones, who collected millions for allowing the use of "Start Me Up" at the Windows 95 launch, will have to go elsewhere for revenue.
Reply  |  Post Message  |  Messages List  |  Start a Board

I wonder if I understand this correctly. I'd heard that the way "10" will work is that you will somehow be able to download it, in its entirety, online. Does this mean no installation DVD's or backup and restore DVD's? If that's the case, sign me up.
Reply  |  Post Message  |  Messages List  |  Start a Board
Editors' Choice
Hot Topics