Microsoft launches a new Windows 10 security feature designed to give IT leaders more insight into recognizing and addressing cyber-attacks.

Windows Defender Advanced Threat Protection builds on protection already integrated into the OS. Safeguards such as Device Guard, Credential Guard, Passport, and Windows Hello are some of its measures.

"The ability for [hackers] to compromise networks is incredible," said Yusuf Mehdi, CVP of Microsoft's Windows and Devices Group, in a briefing with InformationWeek. It takes an average of about 200 days for a business to detect a security breach, he explained, and another 80 days to contain it.

[Get ready: Microsoft HoloLens is available for pre-order.]

Advanced Threat Protection is intended to shorten that dangerous time frame by providing a layer of post-breach protection in Windows 10. It's a solution in high demand -- 90% of surveyed IT directors expressed need for a tool to identify and respond to cyber-attacks, Microsoft EVP Terry Myerson wrote in a blog post.

When a breach occurs, ATP provides key information, including who conducted the attack, which PCs were affected, and how the attacks are linked. The feature relies on a combination of cloud-based security analytics, Windows behavioral sensors, and threat intelligence.

The tool accesses data from Microsoft intelligent security graph, which identifies problems based on information from 2.5 trillion indexed URLs on the Web and one billion Windows devices submitting anonymous information.

A built-in dashboard lets administrators explore their entire network for signs of a breach and determine how attackers targeted particular machines. They can also access detailed file footprints across the business to inform attack responses.

This does not only apply to current cyber-attacks, but those that occur over time. ATP lets admins view the state of any given machine over a six-month time frame so they can pinpoint when something went wrong and how it happened.

Admins can also investigate files and URLs by submitting them to isolated virtual machines through a cloud-based detonation service.

The ATP tool will be natively built into Windows 10, though you'll need the Enterprise edition to access the feature, said Mehdi. Machines will be continuously updated via cloud and work with the rest of the Microsoft security suite. 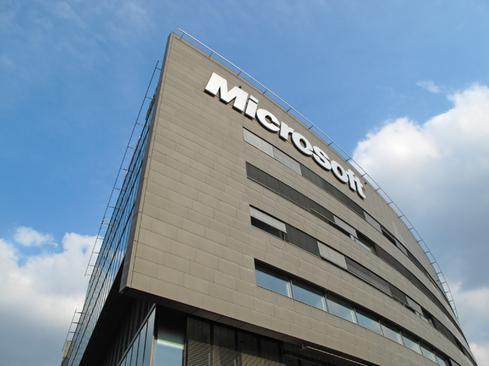 Windows Insiders will start to see code associated with ATP in upcoming builds of Windows 10, likely within the next month, but the exact timing is to be announced. However, the code won't directly affect them unless they are participating in Microsoft's limited testing group.

News of the Advanced Threat Protection arrives shortly after Microsoft published an update on a few initiatives it's taking to improve cloud security in the enterprise.

One of these was the general availability of Microsoft Cloud App Security, which is based on technology Redmond acquired when it bought Adallom last year. The security offering, which is intended to bring IT more visibility and control to Azure and Office 365, will roll out in April 2016.

The built-in security features of Windows 10 were strong enough to receive approval from the US Department of Defense (DoD). Over a one-year time frame, the DoD will upgrade 4 million devices to the new OS. It's a massive project and significant endorsement for a system that Microsoft wants on one billion devices by July 2018.

Kelly Sheridan is the Staff Editor at Dark Reading, where she focuses on cybersecurity news and analysis. She is a business technology journalist who previously reported for InformationWeek, where she covered Microsoft, and Insurance & Technology, where she covered financial ... View Full Bio
We welcome your comments on this topic on our social media channels, or [contact us directly] with questions about the site.
Comment  |
Email This  |
Print  |
RSS
More Insights
Webcasts
Making XDR Work in Your Enterprise - May 12
Data Center Network Operations (NetOps) Reimagined
More Webcasts
White Papers
2020 Digital Transformation Report
World Wide Technology: Digital Transformation Customer Journey
More White Papers
Reports
Protection Strategies for a Cyber-Resilient Organization
Are We Cyber-Resilient? The Key Question Every Organization Must Answer
More Reports