Microsoft this week launched a website for Windows 10 updates, gave Insiders a new preview option, and announced a total of 74 Android device partners.

Microsoft is attempting to make the Windows 10 update process more transparent for users, the company announced this week. A new update history website will share the details of each software update as it rolls out and serve as a record of changes for those who want to keep track.

The website may not make a big difference to everyday consumers who don't care much about the minor fixes on their PCs. It could, however, be valuable to enterprise users and IT pros who need to investigate problems.

[The most impressive tech company perks: Have you heard of them?]

Later in the week Microsoft released preview build 10586.107 to both the Fast and Slow rings. It also announced an additional ring for Windows Insiders. The Fast ring is intended for users who want instant access to builds as they are released; the Slow ring consists of Insiders who want early access to builds with lesser risk to their devices.

On the IoT front, we learned Microsoft is building an IoT incubation center in collaboration with HCL Technologies. The Redmond-based center will focus on leveraging the Azure IoT suite to drive enterprise adoption of IoT across verticals.

Microsoft and HCL will specifically focus on IoT use-cases in the fields of industrial and manufacturing, life sciences, and healthcare. A new model of innovation will use real-time analytics, sensory data, and rapid collaboration to help customers recognize the influence IoT can have on their businesses.

Microsoft furthered its mobile strategy this week when it announced a wealth of new partnerships to bring its apps and services to Android smartphones and tablets. It has a total of 74 hardware partners, now including Acer.

These partners offer, or will offer, Android devices with Word, Outlook, Excel, PowerPoint, OneNote, OneDrive, and Skype pre-installed. Microsoft's apps are already available on a series of Android devices, including the LG G Pad 2 and Samsung Galaxy S6. 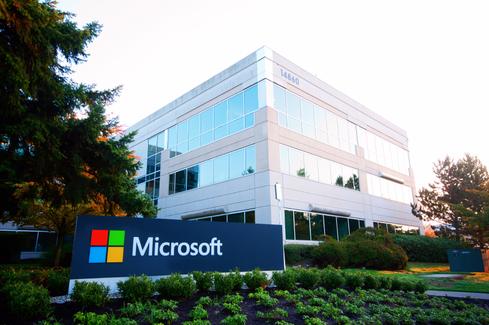 This move will broaden Microsoft's mobile footprint outside its Windows Phone, which has been famously unsuccessful. The company is also bundling its Office apps on devices running Windows 10 Mobile, but its Android partnerships will do more to expand its software user base and potentially attract paying customers for Office 365.

Terms of the acquisition were not disclosed. Groove is no longer available to download on the Windows Store. Current users can continue to "groove" without issue, though they will no longer receive updates to the app.

Mobile acquisitions are already proving a trend this year in Redmond. SwiftKey aside, Microsoft has purchased the Talko messaging app from a former exec, and Event Zero management software with the idea of improve Skype for Business.

Kelly Sheridan is the Staff Editor at Dark Reading, where she focuses on cybersecurity news and analysis. She is a business technology journalist who previously reported for InformationWeek, where she covered Microsoft, and Insurance & Technology, where she covered financial ... View Full Bio
We welcome your comments on this topic on our social media channels, or [contact us directly] with questions about the site.
Comment  |
Email This  |
Print  |
RSS
More Insights
Webcasts
Unifying Your Endpoint Security Strategy
Fact or Fiction? The Truth About Cloud Native Security
More Webcasts
White Papers
Privileged Access Management Checklist
Proven Success Factors for Endpoint Security
More White Papers
Reports
The State of Malware Threats
Future Proofing Your Network for 5G
More Reports