It was a bold prediction in 2009 that Microsoft would take its Windows operating system open source. The advent of Windows 10 says it hasn't come true -- yet.

Six years ago, InformationWeek predicted in a cover story, "Why Windows Must Go Open Source," that Microsoft would loosen its grip on the Windows source code, a foray that was greeted with hoots, Bronx cheers, and a fortunately unrecorded response from then-CEO Steve Ballmer.

Now Windows 10 has been unveiled as another major step in the Windows saga, and it's worth going back and revisiting that Jan. 29, 2009, forecast. As the erstwhile author of the piece, I will concede, despite the speculation preceding the Windows 10 announcement, it's clear that Windows 10 is not now, nor any time in the near future, going to become open source code.

But in rereading my dog-eared copy of that magazine, I recognize how wisely I backed off a step and said Windows will never exactly resemble Linux open source code. Rather, Microsoft would fight to protect its all-important developers and application base. To do so, Windows was going to have to take on more open source-like characteristics, such as being incredibly inexpensive to use for development. It was also going to need a near-free version that could run on mobile devices to compete with the then-budding iPhone iOS, Google Android, and Symbian smartphone operating systems.

So how bad a prediction was that?

Microsoft indeed has since been under siege by successful smartphone operating systems, and it has made Windows Phone a near-free operating system for mobile device builders. Given their limited numbers, you have to wonder whether Microsoft has not only given Windows Phone away but also subsidized its use. That suspicion is based on the fact that Nokia was a leader in Windows Phone device manufacture, and rather than let Nokia decline in full public view, Microsoft acquired it. If Microsoft has to acquire every mobile device maker that adopts Windows Phone, it too may decide that the mobile version of Windows open source code might not be such a bad alternative. But I digress.

It's clear I erred in saying Windows must go open source, if I meant the desktop and server operating system was about to go open source in 2009, 2010, or some date soon after (or even if I meant it was going to go open source in the next six years). It hasn't happened. But in fact, I also wisely didn't predict a time frame for when such an event had to occur. Like the best crystal-ball gazers in the Tashkent bazaar, my bold prediction was accompanied by a loophole through which I could wiggle if someone tried to pin me down. I avoided saying when. 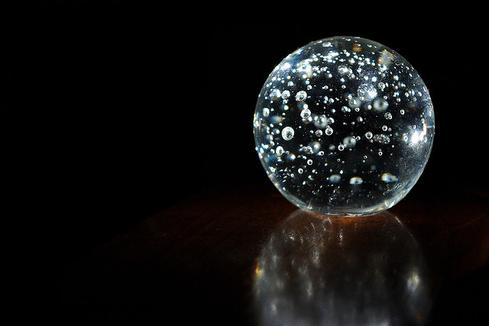 In fact, I'd like to reassert my prediction and say Windows will certainly go open source -- or perhaps just become freely downloadable like open source -- without the trappings of community development and support, at which Microsoft hasn't proven very good anyway.

If you check in, not only with Wednesday's Windows 10 announcement, where Windows remained decidedly proprietary, but also with Microsoft's Nov. 12 announcement, you'll see that if I had added one word to my prediction, it would have already come true. The Windows environment has become open source code because Microsoft is trying to protect its existing application and developer base. It has to re-engage with a new generation of mobile device and Web developers, who are open source oriented.

The Windows environment is a rich development environment in which it is possible to do all the things developers want to do to capture end-users with their applications. The .Net Common Language Infrastructure is capable of running 32 different languages, all made by Microsoft and encompassing such things as C#, C++, Ada, and Eiffel. And how many of these languages do you think went into the systems of WhatsApp, the mobile platform startup purchased by Facebook for $21.8 billion last October? I'm guessing zero. The server side of WhatsApp was written in Erlang. You might find some Ruby or Go in it as well, and probably PHP, Python, and a little JavaScript. But C# and .Net's IronRuby? I doubt it. WhatsApp is based on open source languages.

Because Windows developers face a shrinking universe, Microsoft is taking steps to defend its franchise by seeking to bind a core constituency closer to it. It's giving away a basic version of the developer toolset, Visual Studio, and also the .Net compiler -- the full .Net stack. They're open source code now.

I'm willing to wait another six years to revisit the question of whether Windows has finally gone open source. I'd still like to see my prediction come true, if only to reinforce a sense of how much the world is changing as new technologies infiltrate our surroundings. And I wouldn't mind if Steve Ballmer had to eat a few of those ill-chosen words he once had about open source code and its "cancerous" nature.

As my colleague Andrew Binstock wrote back in November:

Windows 20 (we may get there sooner than you think, if we skip a few numbers) or other future versions of Windows, without a doubt, will be issued as open source. My error was in not recognizing that "the Windows environment" would go open source first. Next up, Windows itself.

Charles Babcock is an editor-at-large for InformationWeek and author of Management Strategies for the Cloud Revolution, a McGraw-Hill book. He is the former editor-in-chief of Digital News, former software editor of Computerworld and former technology editor of Interactive ... View Full Bio
We welcome your comments on this topic on our social media channels, or [contact us directly] with questions about the site.
Comment  |
Email This  |
Print  |
RSS
More Insights
Webcasts
Fintech at SaaS speed: Navigating the scale & security challenge
4 Practical Tips for Building a Data Lake
More Webcasts
White Papers
Zero Trust Guiding Principles
The State of Zero-trust Security Strategies
More White Papers
Reports
The State of Malware Threats
2021 Application Security Statistics Report Vol.1
More Reports

I hear you, TerryB, but I'd be cautious about saying open source programmers are looking for the get-rich-quick project and creating code -- this would be the younger generation's -- that sucks. Ruby, PHP and Python are highly regarded for their concepts and quality (I did not include JavaScript on purpose.) Erlang and Go have uses that the younger generation seemed to recognize more quickly than the Cobol/CICS vintage coders. At one time there were assembly programmers who looked out on the world of RPG and Cobol with disbelief and distaste. You don't want to join them.
Reply  |  Post Message  |  Messages List  |  Start a Board
InformationWeek Is Getting an Upgrade!