76 comments
Comment Now
Some of you don't want to say goodbye to Windows XP any more than you wanted to retire the Atari. But support ends on April 8: We break down your best upgrade options. 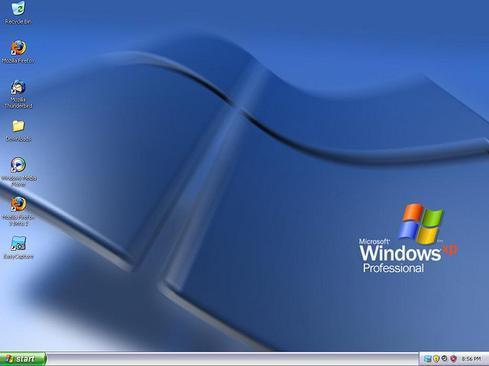 Stick it out with Windows XP
As of February, Windows XP still accounted for about half a billion PC users. No one -- not even Microsoft -- thinks all of those people are going to upgrade in time.

Even after the service termination deadline, many people will continue to depend on XP. If your PCs don't use a public Internet connection and are dedicated to only one or two apps, you might not need continued Microsoft support. Upgrading old PCs to newer operating systems can come with their own problems.

But what if you do intend to stick with XP, and continue web browsing, email, social media, and other Internet-reliant activities? What are the risks?

There are several schools of thought, few of them encouraging. Experts believe Windows XP isn't all that secure right now, and that it will inevitably grow less so over time. Some speculate hackers are stockpiling zero-day vulnerabilities, waiting until April 9 to wreak havoc. No smoking-gun evidence of such plots has emerged -- but think about it: If you were a criminal sitting on a bunch of unknown exploits, when would you act? Now, when Microsoft is still on guard? Or in a few weeks, when XP will be a sitting duck?

Some XP diehards point out that the most apocalyptic predictions come from Microsoft and security vendors; that is, people who are selling something. These holdouts reason they can keep using the Internet as long as they take necessary precautions, such as installing malware protection, using Chrome instead of Internet Explorer, and disabling Java and Adobe Flash. Although this will decrease the risks, it doesn't guarantee safety.

Continued XP usage is like driving an old car, says Gartner analyst Michael Silver: It requires diligent maintenance, doesn't offer some of the benefits of new options, and might stop working at any time. It's a fair analogy, but if your old car breaks down, your worst-case scenario is probably walking a few miles. If your XP security fails, your social security number, credit card information, and other sensitive data might be at risk.

If you're unnerved by the prospect of constantly monitoring your system's security, you might be better off with a new operating system.

@Michael: One thing I've noticed is that Firefox doesn't have this problem in Windows 7.  Yet another reason to not use IE, I guess.  (At least, in Windows 7.)
Reply  |  Post Message  |  Messages List  |  Start a Board

That was a personal pet peeve for me, too. It might sound like a small change, but I really didn't like it the first time I used Windows 7. Eventually, though, I got used to it and found ways to make it work for me.
Reply  |  Post Message  |  Messages List  |  Start a Board

It's interesting that in all these comments, there's been talk about upgrading an old XP PC to Windows 7, Windows 8.1, or even Linux-- but pretty much no one who's advocating Macs, Chromebooks, or tablets.

Google's been baiting XP users for months-- anyone out there move from Windows XP to a Chromebook? Anyone decide that OS X was a better upgrade option than Windows 8.1?
Reply  |  Post Message  |  Messages List  |  Start a Board

So, it's not the categorical response we might have hoped for, but here's what Microsoft said on the issue:

"'NX' is the hardware feature that enforces Data Execution Protection, so in effect yes, Windows 8.1 computers require support for NX for hardware-assisted data execution protection. But there are additional requirements as described here."
Reply  |  Post Message  |  Messages List  |  Start a Board

Sorry, Wyatt! I missed this question.

For enterprise customers, I think Microsoft is already making a good case, and Office for iPad could signal some  consumer progress, though the company still seems to have a hazier strategy there. If Cortana, the Windows Phone 8.1 digital assistant, is released for iOS and Android before the end of the summer, that would be a strong statement.
Reply  |  Post Message  |  Messages List  |  Start a Board

One thing that I REALLY like in XP more than in 7.  If you have multiple tabs or documents open in the same program, and minimize them or hide them, when you click on the icon, you are forced to switch the particular tab/document you want right then and there.

In XP, it simply took you back immediately to whatever document or tab you had most recently worked with/opened.  This was FAR more efficient and far less time consuming.

My opinion/experience: The consumer tech market secretly drives the enterprise tech market -- at least when it comes to upgrading and adopting new technology.  Execs and their families get the toys at home, then want to adopt them in the enterprise from there.  (iPhone, anyone?)

A great example was Windows 95/98.  What helped drive adoption in business was the fact that many game developers (and other software developers) started developing exclusively for Win 95+ -- with no backwards compatibility.

In the consumer market, however, there has been very little compelling reason to upgrade from XP to 7 unless you're particularly conscious about security (and, let's face it, most consumers aren't).  We are seeing the result of that apathy in the enterprise.
Reply  |  Post Message  |  Messages List  |  Start a Board

Commodore huh? How much storage you have on that puppy :) ?
Reply  |  Post Message  |  Messages List  |  Start a Board

Excellent question. Why no 3rd party support. Are companies afraid of being sued by Microsoft?
Reply  |  Post Message  |  Messages List  |  Start a Board
Page 1 / 3   >   >>
InformationWeek Is Getting an Upgrade!