Microsoft customers face Windows XP's end-of-service deadline. How much will you suffer from the lack of support? 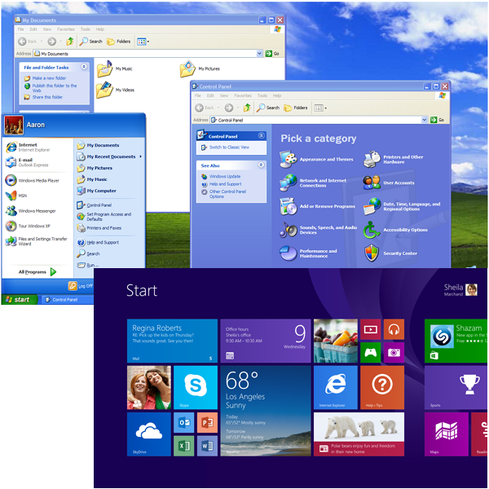 In less than a month, Microsoft will stop supporting Windows XP. After 12 years it's still the second-most-popular operating system in the world. XP runs on hundreds of millions of PCs, including many critical business systems. What will these machines, and the people who rely on them, face after XP support goes dark on April 8? Here are five things to expect.

1. XP's retirement: inconvenience for many, malware for some, cyber-cataclysm for a few.
Most people caught off-guard by next month's deadline have little excuse. Microsoft announced its XP intentions back in 2007 -- more than two years before iPads hit the market, and long before a prolonged PC market slump seemed likely. Nevertheless, XP still claimed more than 29% of the desktop market in February, according to web-tracking firm Net Applications. That translates to roughly half-a-billion active users.

Even now, with Microsoft and other technology companies offering support, many people fall victim to scams and malware. It's a foregone conclusion that criminals see XP's retirement as an opportunity, which makes some sort of post-April cybercrime spike inevitable. Some have speculated that hackers will hijack XP machines for botnets, making the aging OS a risk not only to individual users, but to Web security in general.

Still, experts say most businesses who can't abandon XP have taken proactive steps, such as disconnecting XP systems from the public Internet and limiting them to single-application use. It's not an ideal approach, but the tactic should mitigate XP's potential to wreak havoc.

2. Non-Microsoft platforms will gain modest share.
As users have migrated over the last year off of XP, both Windows 7, which currently has almost half the desktop market, and Windows 8 and 8.1, which claim a little more than 10%, have gained market share. For better or worse, some users will stick with XP for the foreseeable future, and some XP systems will be replaced by tablets rather than new PCs. In order for Microsoft to avoid losing PC market share, almost everyone who does buy a new PC will need to choose a Windows option.

[Check out what to expect in the newest version of Windows. See Windows 8.1 Update 1: 10 Key Changes.]

Indeed, if this weren't the case, Microsoft wouldn't be emphasizing non-touch UI refinements (an explicit appeal to disenchanted mouse-and-keyboard users) in its upcoming Windows 8.1 update. Both OS X and Linux have made incremental-but-steady gains in recent months, and with hundreds of millions of XP users potentially up for grabs, Windows's PC market share could fall below 90% for the first time in recent memory. 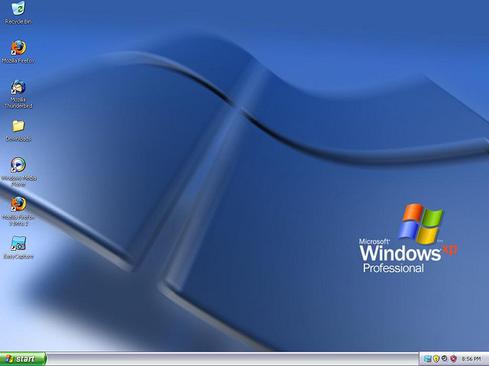 In separate interviews, Forrester analyst David Johnson and Gartner analyst Michael Silver each told InformationWeek that Windows is more vulnerable in the consumer space than in the enterprise. Neither expects a major shake-up in the PC pecking order, though Johnson noted that both OS X and Chromebooks are eating into the Windows market, and that virtualization and tablets have given organizations the option to "replace a PC with something else."

3. IT service providers stand to make a lot of money.
Both Johnson and Silver noted that their respective firms have seen an increase in Windows XP-related inquiries in recent months. Research firms aren't the only ones seeing increased business as XP users scramble to upgrade or implement safeguards; IT vendors stand to gain as well.

Microsoft said last July that XP's end-of-service deadline represented a potential $32 billion service opportunity for its partners. The company probably hoped more of that money would be spent on new Windows 7 or 8 migrations, rather than attempts to fortify XP systems that will continue

We've been interviewing folks in the federal government market place and it looks like as many as 10% of government PCs are still running on Windows XP, and won't be ready to upgrade soon, in part because there isn't budget for newer equipment, or because XP is tied into larger systems that make it hard to upgrade the OS right now.
Reply  |  Post Message  |  Messages List  |  Start a Board

If many people think XP on existing hardware is functioning just fine for them, it illustrates how status in computing devices has moved off the desktop and into the handheld device. It used to be it was cool to upgrade to a bigger hard drive and more RAM to run the latest version of Windows. Now, there's no point in bragging, "i just got a bigger hard drive." Instead, you boast, "I just got a bigger touch screen" in a smart phone.
Reply  |  Post Message  |  Messages List  |  Start a Board

I can definitely appreciate that people are hesitant to dump their old computers, many of which must have been substantial personal investments at the time of purchase. The Ubuntu point is a good one; seems like old hardware might be reappropriated for schools or some similar purpose, rather than discarded.
Reply  |  Post Message  |  Messages List  |  Start a Board

Your mileage may vary, of course, depending on how you use your computer, how open you've been to replacing hardware components over the years while keeping the same computer; etc. But the more time goes by, the more people will leave XP either because it is too slow, too risky, or too limited compared to new options. Some XP systems might be "perfectly good," but when I see some of the antiquated machines people have hung onto (e.g. the ones that take 10 minutes just to wake from sleep), I'm often surprised. No, existing XP software won't stop working on April 9-- but if you have Office 2003, it'll lose support on April 8, just like XP. Can you get away with using XP in coming months? Certainly. Are you asking for trouble if you continue running Office 2013, an old version of Internet Explorer, and so on? I think so.

If someone who just browses the web and send emails has an XP system, I wouldn't suggest they spend $500 or $1000 on a new machine. A few hundred dollars on a tablet or low-cost laptop, however, is a different matter; for many people's needs, the cost of a computing device isn't what it was during XP's heyday.
Reply  |  Post Message  |  Messages List  |  Start a Board
InformationWeek Is Getting an Upgrade!