Mozilla rolled out its latest version of the Firefox browser (v42) on Nov. 3 with a new feature that actively blocks anything that tracks you online, including ads and social share buttons. Firefox 42 also includes patches for some security vulnerabilities.

The new feature called Tracking Protection is only enabled when the user is in Private Browsing mode. It continues Firefox's focus on privacy.

"With the release of Tracking Protection in Firefox Private Browsing we are leading the industry by giving you control over the data that third parties receive from you online. No other browser's Private Browsing mode protects you the way Firefox does -- not Chrome, not Safari, not Microsoft Edge or Internet Explorer," vice president of the Firefox product Nick Nguyen wrote on the Firefox blog.

Nguyen went on in his statement to explain in further detail what the process will do for users.

"Private Browsing with Tracking Protection in Firefox for Windows, Mac, Android and Linux actively blocks content like ads, analytics trackers and social share buttons that may record your behavior without your knowledge across sites," Nguyen wrote.

In the video that accompanies the announcement he says, "You might notice that some web pages load more quickly with tracking protection. We don't think you'll mind."

Firefox has an add-on mechanism that has already been used by others like AdBlock Plus and the Electronic Frontier Foundation's Privacy Badger to extend the browser's functionality into this kind of blocking. 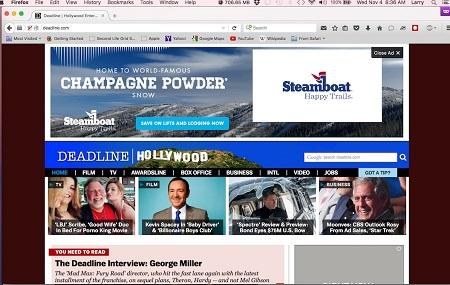 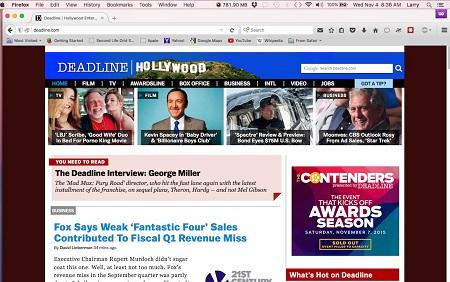 But Firefox is taking a different approach than a typical ad blocker. Firefox looks only for those elements (whether ads or other things) that perform user-tracking and then blocks them.

Having this feature readily available inside the browser can only increase adoption. It may be that this feature will introduce tracking blocker privacy to those that have not yet acquired the add-on extensions. The feature might even give users a reason to migrate to Firefox as their go-to browser, since it differentiates Firefox from other browsers.

"We look forward to seeing other browsers and mobile platforms follow in Firefox's footsteps. We hope that this will also send a strong message to advertisers -- if you track users nonconsensually, you're not welcome on the Net," according to an EFF statement about the release of Tracking Protection in Firefox.

To initiate tracking protection, you call up a new secure browsing window. The window comes up saying that it is activated, and it will not save history, searches, cookies, or temporary files. It does save downloads and bookmarks.

There is a shield icon in the left side of the URL box that confirms that you are in the correct mode. Clicking on it also confirms that it is active, and displays a button to turn the tracking off for the session. You can also access most commands through the Control Center menu at the top right of the browser bar.

Larry Loeb has written for many of the last century's major "dead tree" computer magazines, having been, among other things, a consulting editor for BYTE magazine and senior editor for the launch of WebWeek. He has written a book on the Secure Electronic Transaction Internet ... View Full Bio
We welcome your comments on this topic on our social media channels, or [contact us directly] with questions about the site.
Comment  |
Email This  |
Print  |
RSS
More Insights
Webcasts
Monitoring the Invisible - Digital Experiences in a Zero Trust World
Managing Your Enterprise Collaboration Platforms
More Webcasts
White Papers
The Buyer's Guide to Next Generation Cloud Security Posture Management
GRC Buyer's Guide - 5 Steps to Success
More White Papers
Reports
Future Proofing Your Network for 5G
2021 Digital Transformation Report
More Reports

I haven't run into that.

What kinds of display problems are you seeing? Is it some sort of CSS quirk?
Reply  |  Post Message  |  Messages List  |  Start a Board

Now, what *I* do in those situations is type in the postal/zip code. Works fine.
Reply  |  Post Message  |  Messages List  |  Start a Board

You lost me Brian.

I don't see what they keyboard has to do with it.
Reply  |  Post Message  |  Messages List  |  Start a Board

Firefox has taken it from "it's an ad! Block it!" to "It's tracking me!" and that is a very different matter.

Tracking gives marketers information about customer behavior. That tracking can be controlled easily by the user now in Firefox. This is a GoodThing.
Reply  |  Post Message  |  Messages List  |  Start a Board

So, when casually browsing just don't turn private browsing on.

Ad Block Plus works on Firefox if you just want that. That won't turn history off.
Reply  |  Post Message  |  Messages List  |  Start a Board

Both Firefox and Chrome share the same Chromium code base; so it shouldnt be a stretch for you.
Reply  |  Post Message  |  Messages List  |  Start a Board

Watch what is going on in the UK to see how this is happening.

No crypto back doors, but they want in through the front door.
Reply  |  Post Message  |  Messages List  |  Start a Board

So, don't invoke the function. It's not default.

You got browsing however the way you want it.
Reply  |  Post Message  |  Messages List  |  Start a Board

Yeah, and they came up with a solution that can go wide.