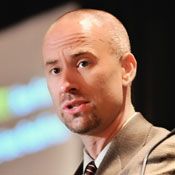 This excerpt from Phil Simon's upcoming book Message Not Received discusses how email has improved but is still riddled with problems.

The following is excerpted from Message Not Received: How New Technologies and Simpler Language Can Fix Your Business Communications (Wiley, March, 2015). In his seventh book, author Phil Simon examines how we communicate, use, and often misuse language and technology at work.

For a long time now, email has served as the default mode of business communication, and a fair amount of research confirms as much. For instance, in 2013, the Radicati Group released its Email Statistics Report, 2013–2017. Among the study's most interesting findings:

To be sure, these are unwieldy numbers, but what do they mean to you? Put in remarkable historical context, a generation ago, professionals spent no time sending and reading emails. Today, those tasks constitute nearly one-third of their workday. The McKinsey report recommends that workers use more collaborative tools in lieu of email. In effect, we can "buy back" 7% to 9% of our workweeks.

All of this is to say that email has come a long way since its advent in the 1960s as a tool for government types, techies, and wonks. For nearly a quarter-century, it remained very much a niche form of communication. Beginning in the mid- to late 1990s, email began its march into -- and eventual dominance of -- the corporate world. It quickly supplanted the intraoffice memo. Score one for the environment.

Still, its early adoption was anything but smooth. Many VPs employed secretaries to type for them; they did not want to be self-sufficient. Back then, storage costs were considerable. To combat this, IT departments typically restricted the size of employee inboxes to now laughable levels. A message sent with a 3-megabyte attachment would typically bounce back.

Most corporations, nonprofits, and small businesses quickly realized that email was becoming an indispensable internal and external communications tool. Business was willing to pay for fast, reliable, secure email, and software vendors responded. As a result, the reliability of email has significantly improved from its early days. Sure, with rare exception, messages sometimes inexplicably vanish, perhaps because of a glitch in the matrix. Spam filters sometimes incorrectly flag messages before they reach their intended recipients. Most organizations have relaxed their message size limits, if not altogether eliminated them. Data storage has never been less expensive.

Yes, spam is still a problem, Bill Gates's proclamations about its impending demise notwithstanding. (The ex-CEO famously predicted in 2004 that spam as we know it would be cured by 2006.) Sometimes email accounts are hacked. Everyone (including yours truly) has mistakenly replied to everyone copied on an email instead of just to the sender -- and eaten a fair amount of crow for doing so. Beyond that, the novelty of sending around time-sucking chain emails has thankfully waned. We now have social networks and blogs to share jokes and stories that once routinely contaminated our inboxes.

The overall email experience might be qualitatively better than a decade ago. To be sure, though, it continues to suffer from profound problems. The next section examines them.

There are all sorts of reasons why business ought to move beyond email, but will it ever happen? I'm not so sure.
Reply  |  Post Message  |  Messages List  |  Start a Board

Most people agree that email is an overused lumbering oaf. But it works and it's comfortable. I don't think it can be replaced, but it can be augmented by collaboration tools like Yammer or Chatter, especially for internal teams. Email should be something you just use to communicate with people outside your company. That's a good start anyway.
Reply  |  Post Message  |  Messages List  |  Start a Board
InformationWeek Is Getting an Upgrade!