A recent Deloitte survey indicates businesses are investing more in IT platforms and services that can drive productivity. Specifically, these firms are using IT to increase productivity while they focus on technologies such as cloud and analytics.

Businesses are recognizing the value of early investments in cloud computing, social, mobile, and data analytics as these firms seek to improve productivity, according to a Deloitte and OnResearch survey of 500 mid-market executives.

Productivity was a central theme in our respondents' answers, indicating that companies are moving on from basic maintenance to more strategic IT investments.

When asked how technology has generated change within their firms, half of respondents reported that it has increased productivity and has freed up talent to assume new or additional responsibilities. 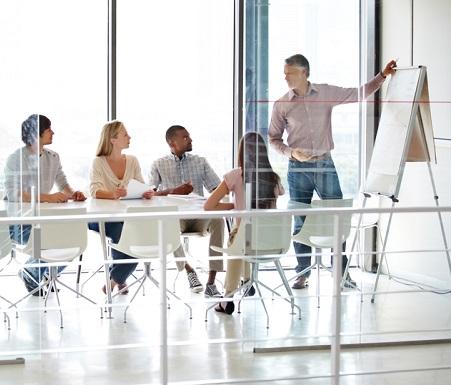 "In the long-run, productivity gains are mostly generated through innovations in technology and in the way that businesses manage people and technology," Ira Kalish, chief global economist for Deloitte Touche Tohmatsu, wrote in the report.

"One problem is that new innovations, while always exciting, don't necessarily lead to productivity gains immediately. Rather, it can take years before innovations are absorbed into the way businesses operate, only then causing gains in productivity that lead to faster economic growth."

Looking ahead, those companies surveyed noted that the greatest opportunity is in internet of things-powered technology that tracks business processes, with the ability to track customer behavior and the possibility of tracking employee productivity high on the list of capabilities businesses said they were pursuing in this area.

Immersive experiences provided by augmented reality (AR) and virtual reality (VR) are also of interest to businesses, with nearly 90% of companies surveyed reporting that they are using some form of virtual technology or AR in their operations.

Specifically, the survey revealed 42% of companies are using virtual demos or interactive tools to help improve employee and customer interactions with their products and services, while 40% use the technologies to train their customers in the use of products such as medical devices, or in scenarios such as hazardous materials.

Among the sectors represented, technology companies were more likely than their counterparts elsewhere to use AR/VR to enhance the customer experience.

[Read more about how IT is leading the charge when it comes to IoT.]

In addition to businesses' focus on productivity and interest in AR/VR technology, the survey revealed managing cyber-security and information risks are top of mind, with 61% of respondents citing implementation of new security processes as the most important focus of their cyber-security spending.

Information security was cited as the leading challenge for IT departments, ahead of keeping up with new technology and securing enough funding to invest in it.

While companies continue to believe that targeted attacks pose the most likely security threat to their business interests, nearly half (47%) report that improper behavior by employees had the potential to compromise data or infrastructure.

The survey also found businesses are expanding their efforts to train employees on information security matters. There has also been a significant increase in the use of encryption to protect sensitive information.

Overall, technology spending appears to be on the uptick across the board, with the majority of respondents (54%) noting that their company's technology spend is higher than last year.