Microsoft is reportedly working on a Bing assistant, which sounds similar to the Google assistant bot announced at Google I/O this week.

Microsoft is working on a new digital assistant called the Bing Concierge Bot. The Bing assistant sounds as though it will function similarly to the Google assistant bot announced at this week's Google I/O conference.

News of the Bing Concierge Bot originally came from a recent Microsoft job posting (now removed) that was spotted and excerpted by ZDNet's Mary Jo Foley. It seems Redmond is on the hunt for a software engineer to join the team that's bringing the bot to life.

According to Microsoft's job description, the Bing Concierge Bot is a will be able to communicate with the user over a variety of chat platforms, including Skype, Messenger, SMS, WhatsApp, and Telegram.

The "highly intelligent productivity agent" performs the same tasks a human assistant would. It automatically completes tasks for the user and runs errands on the user's behalf.

For example, let's say you're in the mood for lasagna. You can prompt the Bing assistant with, "make me a reservation at an Italian place tonight." The agent will respond with, "for how many people?" After some back-and-forth, it will book a reservation at a place you choose.

The group behind the Bing assistant is responsible for its end-to-end development. Microsoft is looking for an engineer to work on technologies like natural language understanding, dialog modeling, task execution, and credit card payments and authentication.

There is no word on when we can expect to see a beta or full release version of the Bing Concierge Bot.

Google unveiled a similar concept called Google assistant, to be integrated into the Allo messaging app announced at this week's Google I/O. The assistant was created so users no longer have to hop from app to app as they perform different tasks. Google capabilities like Search, Maps, and Translate are integrated into Allo conversations. 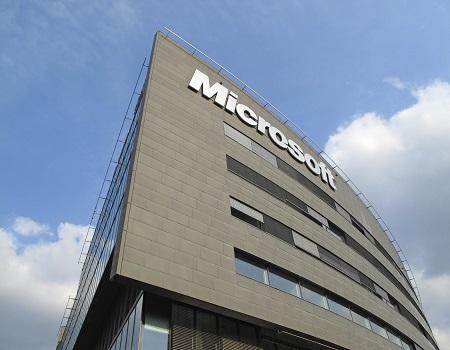 The Google assistant, like Bing Concierge Bot, also understands natural language and the details of your schedule. You can ask it about your day's agenda or for photos from a specific trip. You can get flight details by asking, "Is my flight delayed?" to find out your plane's status.

Microsoft has already begun making bots available in preview on Skype through the Microsoft Bot Framework. Skype Bots can be used to integrate products and services into everyday Skype messages. A new Skype client, with Skype Bots, is in preview for Windows, Android, iPhone, iPad, Mac, and Web.

CEO Satya Nadella highlighted bots as part of the future of communication at the company's Build 2016 conference, where the Skype bots were first unveiled.

"Human language is the new UI layer, bots are the new apps, and digital assistants are meta apps," he said. The next generation of Skype will have Cortana always present in the upper right-hand corner. The personal assistant will broker conversations with Bots to help users perform tasks like booking a plane ticket or hiring a cab.

Kelly Sheridan is the Staff Editor at Dark Reading, where she focuses on cybersecurity news and analysis. She is a business technology journalist who previously reported for InformationWeek, where she covered Microsoft, and Insurance & Technology, where she covered financial ... View Full Bio
We welcome your comments on this topic on our social media channels, or [contact us directly] with questions about the site.
Comment  |
Email This  |
Print  |
RSS
More Insights
Webcasts
Monitoring Critical Cloud Workloads
Disaster Recovery/Business Continuity in the New Normal
More Webcasts
White Papers
Must-Read Research: Why Sustainable 5G Networks are a 150-Year-Old Problem
A Practical Guide to Enabling 5G Deployments
More White Papers
Reports
Why You're Wrong About Operationalizing AI
[Report] 2021 State of IT & SecOps
More Reports