Raspberry Pi 2: Six Things You Can (And Can't) Do - InformationWeek 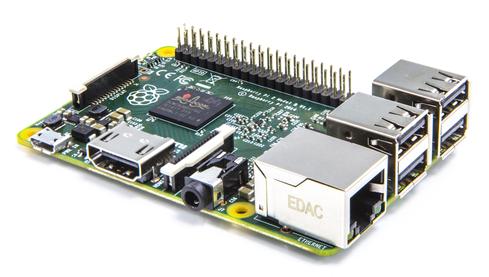 The Raspberry Pi 2 is a bump in power and speed from the original.

Curtis Franklin Jr. is Senior Analyst at Omdia, focusing on enterprise security management. Curtis has been writing about technologies and products in computing and networking since the early 1980s. He has been on staff and contributed to technology-industry publications ... View Full Bio
We welcome your comments on this topic on our social media channels, or [contact us directly] with questions about the site.
Comment  |
Email This  |
Print  |
RSS
More Insights
Webcasts
Unifying Your Endpoint Security Strategy
Leveraging Infrastructure as Code to Streamline Security & Operations
More Webcasts
White Papers
Ransomware, the Exploding Cyber Threat
The 2021 Security Outcomes Study
More White Papers
Reports
SANS 2021 Cloud Security Survey
Cloud & Hybrid Security Tooling Report
More Reports

@Technocrati, I've worked in and around heavy industry just enough to think about problems with sticking people into dangerous situations. But there are many more much less hazardous situations that will benefit from embedded intelligence.

At CES, for example, I saw a great underwater drone. When I think about the possibilities of getting low-cost, long-duration views of what's going on inside our rivers, lakes, and estuaries, it just thrills me no end. I also think we're on the verge of finally seeing some of the benefits of intelligent buildings that we've been talking about for years.

And I'm enough of an optimist to think that we're going to see some really interesting ways for people to interact with one another -- including ways to help make face-to-face interaction richer and easier -- so that some of the "digital loneliness" will start to go away.

I know that there are downsides to some of the digital applications but I'm silly enough to think that the positives are going to outweigh the negatives by a fair margin.
Reply  |  Post Message  |  Messages List  |  Start a Board

@Technocrati, I love the idea of being able to pilot my drone from the comfort of my office (especially on a day like today), but the FCC has some other ideas <grin>.

What really excites me, though, is the idea of doing advanced instrumentation and data gathering from a drone platform. When I think about the data that could be obtained in various micro-climates, or in areas too dangerous for human environmental sampling (say, around hazardous waste spills or from the middle of large red tide blooms), it gives me some hope for being able to better understand the world around us.

People more creative than me (including young people who haven't yet been taught about all the things that "aren't possible") are going to do some wonderful things with a combination of intelligent platforms and remotely operated vehicles. I can hardly wait to see what sort of applications they come up with!
Reply  |  Post Message  |  Messages List  |  Start a Board

@Brian.Dean, I think it's fun to imagine what an imaginative high-school student (or science club) could do with a RasPi supercomputer. I have to believe that we're going to see some truly amazing things coming out of science fairs in the next few years!
Reply  |  Post Message  |  Messages List  |  Start a Board

@glenbren, while there's no way I would go back and do the whole "youth" thing again, there are ways in which I envy the kids. When I was the age to be absorbing programming with a Pi my dad was teaching me the secrets of a slide rule and a friend was showing me how much fun we could have with a Heathkit tube amateur radio rig.

As my son occasionally reminds me, things were different "back when I was alive."
Reply  |  Post Message  |  Messages List  |  Start a Board

@SamRay, you're right about the Raspberry Pi's lack of an RTC, but the built-in network connectivity means that it should be fairly simple to either set up an NTP server or take advantage of one of the public NTP servers to synchronize actions. Hmmm...that actually seems like the sort of project that lends itself to a Raspberry Pi build.
Reply  |  Post Message  |  Messages List  |  Start a Board

@Chris, that's a great thing to give a nephew -- I have a young nephew who will be getting one in the near future. And I suppose one of the great things about the low price is that the right set of jobs around the house could earn a budding engineer a new platform in fairly short order!
Reply  |  Post Message  |  Messages List  |  Start a Board

@pdembry950, now we just need "pocket JCL" and a micro punched card reader to make me feel right at home! Oddly enough, I can imagine APL being a good match for the Raspberry Pi 2, though Jerry Pournelle's description of it as the world's first "write-only language" makes the whole educational purpose a little hazy.
Reply  |  Post Message  |  Messages List  |  Start a Board

@PedroGonzalez, I agree that sharing the joy of construction and programming with the younger generation is a great use for these systems. I taught my son to program using a very old copy of TurboPascal: If Arduinos and Raspberry Pis had been around when he was young, I have a feeling the workbench would have been full of these little embedded systems -- and our house would have been rather more tightly controlled than it actually was!
Reply  |  Post Message  |  Messages List  |  Start a Board

@HFish, that setup does sound nice! I'm curious: Did you lean on plans and software from other projects to put this together or is it all original design and software? I'd love to hear more about how you put it together!
Reply  |  Post Message  |  Messages List  |  Start a Board

@Technocrati, I'm still exploring the Raspberry Pi (I have a Model B) but I'm looking forward to getting a Pi 2 and playing with it. I wonder whether there are some interesting drone projects that could use the power of a Pi...

I know it's not a traditional InformationWeek topic, but I'd love to know what you're planning to do with the RasPi -- maybe we could set up a board here to share some of our experiments.
Reply  |  Post Message  |  Messages List  |  Start a Board
Page 1 / 2   >   >>
InformationWeek Is Getting an Upgrade!