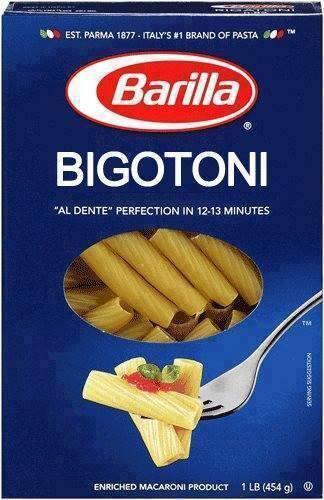 Barilla
Barilla found itself in hot water after its CEO made anti-gay and sexist remarks on an Italian radio station. Barilla promptly posted a barrage of apologies -- four, in fact -- on various social media platforms, but users weren't buying it. One Facebook user's response to the debacle: the above photo of a doctored rigatoni box, which went viral.

"I think BA simply has poor customer service so to expect them to do well on Twitter will require a much more basic improvement on their part."

I agree. I have friend who had an awful experience with BA. They lost his suit from the BA lounge. He had a long email discussion about the matter, which I read, and it was going from bad to worse. Too long of a story to tell here, but the point is as you said in the quote.

Yes, the London Luton Airport probably hired a first grader. Although so many times small kids have more common sense than adults that I am not sure about this. Being an adult doesn't necessarily mean being smarter, or having common sense.

I still think it comes down to knowing your audience. Social media managers should have a thorough enough understanding of their fans and followers to know how they'll react to a post.
Reply  |  Post Message  |  Messages List  |  Start a Board

@kristen the thing is that some posts that appear really bad in retrospect may have been considered perfectly fine by the powers that be until the backlash comes in. Sometimes it's not even the posts themselves but the reactions they bring on, like when McDonald's campaign inspired a lot of negative tweets about their products.
Reply  |  Post Message  |  Messages List  |  Start a Board

It's truly amazing how some posts -- by big corporations -- make it through. Or perhaps there needs to be an approval process before since something is posted since it appears that some people just lack common sense.
Reply  |  Post Message  |  Messages List  |  Start a Board

Oh, what a confusion! It was more to clarify what I had written. :)

When you think it can't get worse there is an SpaghettiO with the flag that proves otherwise. And it took a team to come up with that? Ha!

I agree with Epicurious being one the worst. Don't forget the London Luton Airport. It seems that a child wrote that tweet.
Reply  |  Post Message  |  Messages List  |  Start a Board

BA doesn't even do well with their other customer interfaces. I do not do twitter or facebook (I'm and old guy) so I attempted to deal with a problem I considered serious via email.

They had to find me a new flight from Londen to Phoenix because weather got my connecting flight into Heathrow late.  They put me on a next day flight but did not honor the seat assignment I had paid a premium for.  I informed their agent that I paid for that because sitting for extended time withiout extending my legs resulted in physical pain.  The result was that I experienced physical pain for a few hours to get home.  Their response to my email came back about six weeks later and was simply a form letter format refunding me the seat premium.  I don't think they even refunded me the full amount of that but I am so disgusted I will not follow up further.

I think BA simply has poor customer service so to expect them to do well on Twitter will require a much more basic improvement on their part.
Reply  |  Post Message  |  Messages List  |  Start a Board
Page 1 / 3   >   >>
Editors' Choice
Hot Topics