It also focused on making users' news feeds more useful: It cracked down on click bait, improved Facebook search, and launched a Save button to bookmark content to read later.

Despite these updates and others, there's always room for improvement in 2015. Here's are five changes we'd like to see Facebook implement next year in the news feed, privacy, and more. Have something to add? Share your thoughts in the Comments section.

1. View all news feed posts
Despite Facebook's latest tweaks to the news feed, many users simply want to manage their news feeds themselves. According to Facebook, that wouldn't be practical -- the typical user's news feed contains more than 1,500 posts, it says. Facebook says its algorithm does us a favor by weeding out stuff that doesn't matter. Of course, we'll never know that for sure unless Facebook gives us a "view all" option. This would benefit users with small networks the most, while giving the rest of us an option to browse all posts from friends, family, and subscribed Pages.

2. Default news feed setting
Facebook gives you two ways to view content in your news feed: the default, Top Stories, which displays posts that Facebook's algorithm wants you to see; and Most Recent, which shows you the same stories, but in the chronological order they were posted. 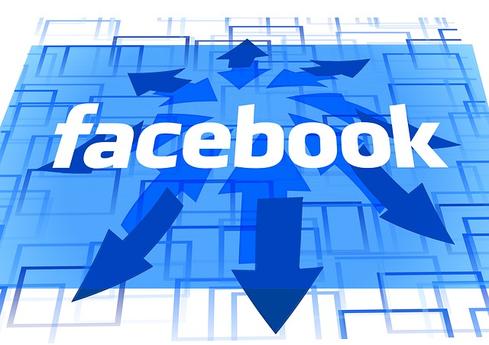 If you don't visit Facebook often, you might prefer the Top Stories view. Regular Facebook users, on the other hand, tend to prefer the Most Recent view. However, if you choose this option on a PC, Facebook eventually reverts your setting back to the default Top Stories view -- a sneaky Facebook habit many users loathe. (Facebook leaves this setting alone if you make it in the mobile app.)

Because Facebook is unlikely ever to let us see every post in our news feed, it should at the very least respect our preferences to view our Facebook-filtered content in the order we prefer. I'd like to see an option to choose our own default view in 2015, one that sticks and does not switch back to what Facebook wants.

3. Even better search
This month, Facebook announced new capabilities for its search engine, Graph Search, that let you search your old posts and those of your friends for keyword-based updates, links, pictures, comments, and videos. Extending search to include profiles was a big step for Facebook; unfortunately, the results are still clunky. I'd like to see even better search tools come to Facebook in 2015, such as date range- and location-based results.

4. "Moments" app
This year, Facebook updated settings to help users share with only the people they want. Despite the improvements, Facebook's bigger problem persists: The more people you connect with, the harder it becomes to manage them. Facebook needs a better solution than Lists.

In September, rumors swirled that Facebook had an app in the works called Moments. Sources likened it to Cluster, a mobile app that lets you create a private space to share stuff with friends and post to them with just a few taps -- a process that already sounds simpler than managing your Facebook lists. Let's hope that Facebook moves forward with Moments in 2015.

Kristin Burnham currently serves as InformationWeek.com's Senior Editor, covering social media, social business, IT leadership and IT careers. Prior to joining InformationWeek in July 2013, she served in a number of roles at CIO magazine and CIO.com, most recently as senior ... View Full Bio
We welcome your comments on this topic on our social media channels, or [contact us directly] with questions about the site.
Comment  |
Email This  |
Print  |
RSS
More Insights
Webcasts
How Elite Analyst Teams are Transforming Security with Cyber Reconnaissance
Building the SOC of the Future: Next-Generation Security Operations
More Webcasts
White Papers
Cyber Threats & Trends: Jan-June 2020
Frost Radar: Global Threat Intelligence Platform Market
More White Papers
Reports
The ROI Of SD-WAN: Not Just A Numbers Game
DNS Network Traffic Volumes During the 2020 Pandemic
More Reports

I think trying to manage newsfeeds would be an impossible task. It would simply be too difficult, in my estimation. But I get why people want to have that kind of control; they probably feel like they may be missing out on something, even though I believe a lot of newsfeed stuff is just junk.
Reply  |  Post Message  |  Messages List  |  Start a Board

The "Moments" app is something I would never use and neither is Graph Search because I delete all of my posts after awhile and download any photos from my "friends" when I see the post. The text formatting would be nice, but I rarely post so it makes no real difference to me.

However, both wishes 1 & 2 would be exactly what I want too. I have a small network and gave up on the news feed and switched to a list because of both of these issues; missing posts and old, previously seen posts showing at the top because my "Most Recent" choice was reversed. If you have any insiders at Facebook, send them this list with the first two in enlarged bold type!
Reply  |  Post Message  |  Messages List  |  Start a Board

to spend less time on Facebook.  I don't spend much time to begin with, and post little to nothing, but even if I spend 15 minutes a day on there I am ashamed of myself.  Most of that 15 minutes is spent looking at stuff that is of interest to people I'm not really friends with in the first place - is it just me?
Reply  |  Post Message  |  Messages List  |  Start a Board
Editors' Choice
Hot Topics