Snapchat settles FTC allegations that the company lied to consumers about the application's security and privacy. Here's what you should know.

If Snapchat's promise of self-destructing videos and images sounded too good to be true, that's because it was. The company agreed to settle charges with the Federal Trade Commission on Thursday following allegations that it made several misrepresentations to consumers about the app's security and privacy.

Snapchat's central feature promised users that they could send images and videos that disappear forever after the sender-designated time period expired. According to the complaint, these claims were false. The complaint also alleged that the app tracked and transmitted some users' location information and collected data from their address books without their consent. 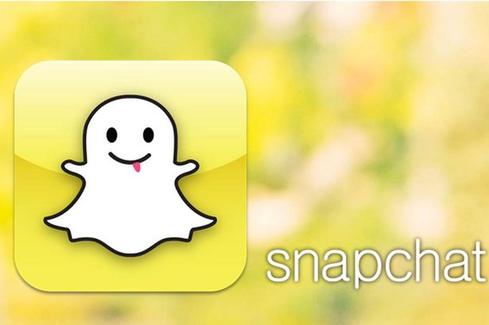 Snapchat addressed its settlement with the FTC in a blog post, acknowledging its missteps. "While we were focused on building, some things didn't get the attention they could have," it said. "One of those was being more precise with how we communicated with the Snapchat community."

The FTC did not impose a monetary penalty, but the company will be subject to independent privacy monitoring for the next 20 years. If it violates the terms of the settlement, the company could face penalties of up to $16,000 per violation.

Here's a look at how Snapchat violated your privacy and security, according to the allegations, plus instructions for deleting your account.

1. Recipients may have saved your images
Despite the app's promises, your images did not necessarily disappear forever. According to the complaint, a number of developers built applications that users could download to save picture and video messages without your knowledge. Ten of these applications in the Google Play store alone have been downloaded as many as 1.7 million times.

Recipients of your Snapchat messages could also use their devices' screenshot capabilities to capture an image of a snap while it appeared on their screens, the FTC said. Snapchat claimed that if this happened, it would notify you immediately -- but that wasn't true. Any recipient with an Apple device with an operating system predating iOS 7 could save a screenshot without alerting you.

2. Recipients may have saved your videos
Until October 2013, recipients could connect their mobile devices to a computer and use file browsing tools to locate and save video files you sent them, the FTC said. This was possible because Snapchat stored video files in a location outside of the app's "sandbox," or the app's private storage area on the device, that other apps couldn't access.

3. Snapchat may have transmitted your location
While Snapchat's privacy policy says it does not ask for, track, or access any location-specific information from your device at any time, those claims are false, the FTC said. In fact, the company did transmit WiFi-based and cell-based location information from Android users' mobile devices to its analytics tracking service provider.

4. Snapchat may have collected contact information from your address book
Snapchat's privacy policy claimed that the app collected only your email, phone number, and Facebook ID to find friends for you to connect with. However, if you're an iOS user and entered your phone number to find friends, Snapchat collected the names and phone numbers of all the contacts in your mobile device address books without your notice or consent.

5. The "Find Friends" feature was not secure
Because Snapchat did not verify users' phone numbers during registration, some consumers complained that they sent images or videos to someone under the false impression that they were communicating with a friend. In reality, these messages were sent to strangers who had registered with phone numbers that did not belong to them.

This resulted in a security breach permitting attackers to compile a database of 4.6 million Snapchat usernames and phone numbers, which could lead to spam, phishing, and other unsolicited communications, the FTC said.

To delete your Snapchat account, visit snapchat.com/a/delete_account and enter in your username and password. It will ask you to enter in your account information again on the Delete Account screen. Then click the green button to confirm. This action cannot be undone.

Kristin Burnham currently serves as InformationWeek.com's Senior Editor, covering social media, social business, IT leadership and IT careers. Prior to joining InformationWeek in July 2013, she served in a number of roles at CIO magazine and CIO.com, most recently as senior ... View Full Bio
We welcome your comments on this topic on our social media channels, or [contact us directly] with questions about the site.
Comment  |
Email This  |
Print  |
RSS
More Insights
Webcasts
Securing and Monitoring Networks in the 'New Normal'
ROI and Beyond for the Cloud
More Webcasts
White Papers
A Practical Guide to SASE Migration
Passwordless: The Future of Authentication
More White Papers
Reports
IDC FutureScape: Worldwide Digital Transformation Predictions
2020 State of Cybersecurity Operations and Incident Response
More Reports

@majenkins I didn't either. I also dissuade my kids from signing up for things like that because I don't trust them to be secure at all.
Reply  |  Post Message  |  Messages List  |  Start a Board

Of course if they had been more open with the fact that there would always be a way then they would never have gotten off the ground. Imagine if their advertising had been truthful. "Send photos to people and we will try really hard to make sure the photos are deleted after a few minutes so maybe no one else will ever see them. There are ways for people to circumvent our deletion process but hey that's OK download the app and send your photos anyway."
Reply  |  Post Message  |  Messages List  |  Start a Board

Here's a look at how Snapchat violated your privacy and security . . . Not my security because I never signed up, why would I want to send a photo to someone that I didn't want anyone else to see, that is just plan dumb IMO, because you can never be sure. The standard has been, for anyone with knowledge of the Web, if you don't want the world to see it don't put it out there anywhere in any form.
Reply  |  Post Message  |  Messages List  |  Start a Board

There was always going to be a way to do this, even if it was something retro like taking a picture of the phone screen. It's not too surprising that methods for preventing deletion appeared that were more sophisticated - though it's a shame the company behind Snapchat wasn't more open with this from the get go.
Reply  |  Post Message  |  Messages List  |  Start a Board

I don't know why, but when I first heard of Snapchat I was convinced they had a great privacy product. It goes to show that startups often promise but cannot deliver. It's surprising to me that the company did face a cash fine, but at least they will be under the eye of privacy monitors going forward.

10 IT Trends to Watch for in 2021 Cynthia Harvey, Freelance Journalist, InformationWeek,  12/22/2020
White Papers
Improving Your Enterprise's Protection With Cyber Resilience
2020 Threat Hunting Report
The Network for Whatever's Next; A CxO Guide
From MFA to Zero Trust
Passwordless: The Future of Authentication