In mid-July, I interviewed Mark Weinstein, Founder and CEO of Sgrouples, a social media network that advertises itself as "The World’s Safest Social Platform." I asked him what made him want to join the social media business in the first place.  "Mark Zuckerberg," he answered coolly. Initially, I thought he was referring to all the money to be made in this booming industry. I mean, come on -- what self-respecting technology innovator wouldn’t want to be living life as large as Zuckerberg?

But Weinstein's response surprised me. "No, that's not it at all. It's not at all about the money. I heard Zuckerberg say from an interview, something about privacy being a social norm of the past," said Weinstein. "And, right after that, I called [Jonathan] Wolfe, our co-founder and chief scientist at Sgrouples, and told him it's time for a new social media company with the singular mission to bring privacy back."

This was not long after the Supreme Court ruled that cell phone searches require a warrant, an unexpected endorsement of digital privacy.

Weinstein was referring to Zuckerberg's 2011 interview with TechCrunch in which Zuckerberg proclaimed he had personally made an "about-face" on privacy issues and went on record saying that privacy is no longer a "social norm."  In that shocking interview Zuckerberg said, "People have really gotten comfortable not only sharing more information and different kinds, but more openly and with more people," he said. "That social norm is just something that has evolved over time." The only thing is, Zuckerberg himself emphasized the importance of maintaining privacy for years and his opinions on your privacy concerns seem to have begun teeter-tottering as early as 2010. In an opinion piece for The Washington Post, Zuckerberg said, "If people share more, the world will become more open and connected. And a world that's more open and connected is a better world." 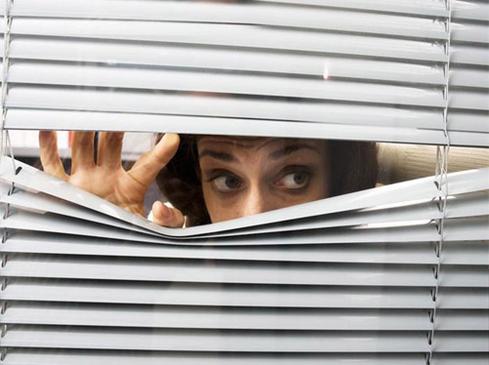 Weinstein disagrees, and my interests in the interview took a U-turn from smartphone privacy to wanting to get inside a man's head -- a man who takes his privacy, and frankly yours, very seriously. Being a child advocate, I also wanted to hear his thoughts on protecting children who use social media.

The way Weinstein tells it, conventional social media networks are more akin to the Big Bad Wolf than we realize, and we need to keep ourselves and our children from delivering a basket of goodies straight to the jaws of their data centers. "First of all, they are data vacuums; simply, that is their premise for existence, hence the creepy experiences we all have with Google, Facebook, Yahoo, and the like," he explained. "They are tracking everything we write, say, and do, and even manipulating what posts we do and don't see from our friends. Even the early purported privacy guys, PATH and Snapchat, simply used privacy as a ruse to get members, and then were fined for lying and violating their own policies. And critically, transparency is not natural for human beings. We are not natively public creatures…Being social while maintaining our privacy is the real part of being human and always has been."

"We are coming back to that reality after the allure of Facebook has resulted in a remarkable amount of distrust and baggage for all of us," said Weinstein. "As one of the founders of social media, I love technology and have been preaching the value of the web as a breakthrough communication paradigm since 1998. And I'm all about being social, connecting to my friends, family, co-workers, everyone in my real life, whenever and wherever they are. But I want to do that from one site, not several, and I want my privacy along with an incredibly fun social experience with my real life people. That's why the Sgrouples communication network allows you to stay safely within our cool platform with your friends, or post out to the other ones if you'd like. 'Practice safe sharing' is our motto."

Sgrouples isn't Weinstein's first rodeo. He's founded privacy-centric social media networks (SuperFamily and SuperFriends) in the past, but this is the first service he's been involved with to make privacy its foundation. "I just don't think we need to be purposefully and publicly telling the bad guys when we are on vacation, where our kids go to daycare, and about our personal lives," Weinstein said, adding, "There are [many] criminals on social media, and that's why we allow people to take very granular control on the individual members who they allow to join their network on our platform." Facebook, Twitter, and LinkedIn all have their places in your active social lives, but Weinstein advises against using the sites to share any personal information at all.

Sgrouples has a common sense premise; you own your own content. The network doesn't spy on you or track your information -- its ads are targeted by user request rather than tracked data and there's a no-ads subscription alternative. It allows you to connect in a way that you would share information over a family dinner, over the phone, or in a group environment. The network offers reasonable terms of service and a privacy bill of rights. And its privacy policy is the shortest and easiest one to read I have yet seen. In fact, Cullen Hoback, the director of the award-winning documentary, Terms and Conditions May Apply, tweeted about its exemplary privacy policy and then joined Sgrouples' Advisory Board.

Now, as an avid social media user who likes to share often, this all sounds a bit foreign to even me. Yet, I'll be the first to admit, Sgrouples appeals to the over-protective mom in me that both loves to share and would stop at nothing to protect my kids. It would be nice not to have to be worried about privacy settings and information predators.

Anecdotally -- and this isn't anything scientific, by any measure! -- I've seen friends post fewer items about health (for example, I've known friends who have been in hospital, been ill, etc., and who had in the past posted this type of info but haven't done so recently). OTOH, I didn't ask them whether their failure to post was because of FB privacy! Sometimes being a friend is more important than a half-baked, unscientific seat-of-the-pants poll that doesn't mean anything anyway! But I did find it interesting!
Reply  |  Post Message  |  Messages List  |  Start a Board

The deck of this story definitely captured my attention -- and I think it'll entice a lot of other people, not only to read this piece but also to check out this social media site (despite its uncomfortable-to-say name). Whereas Facebook privacy (or lack thereof) was something I used to only discuss with my more tech-savy friends, more and more of my non-tech friends now talk about it, worry about it, and are uncomfortable with the company's policies. The recent "emotion research" definitely got people talking and rethinking Facebook.
Reply  |  Post Message  |  Messages List  |  Start a Board
InformationWeek Is Getting an Upgrade!