Facebook's $19 billion deal to buy messaging service WhatsApp may raise eyebrows, but it's a smart move. Here's why.

Facebook agreed yesterday to buy messaging service WhatsApp for $19 billion in cash and stock, making it one of the largest acquisitions in tech history. The deal is set to close later this year.

According to a filing with the Securities and Exchange Commission, Facebook will acquire WhatsApp for about $4 billion in cash and 183 million Facebook shares, which are worth an estimated $12 billion. The deal also includes an additional $3 billion in restricted stock units for WhatsApp employees that vest in four years. Facebook CEO Mark Zuckerberg said in a conference call yesterday that WhatsApp will continue to operate independently.

WhatsApp is a messaging service particularly popular in Europe, India, and Latin America. Users aren't charged text messaging fees; instead, the app transmits text and photo messages via the user's Internet data plan, even if the messages are sent internationally. The app is free to download and free for the first 12 months. After that, it costs 99 cents annually. 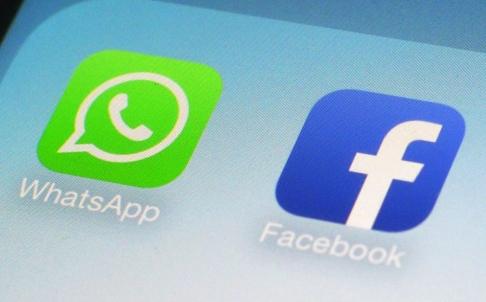 The app, which launched in 2008, has more than 450 million active users, gaining 250 million in just the last nine months, according to Sequoia Capital, the Valley venture firm that invested $8 million in the app in 2011. In comparison, Facebook had fewer than 150 million users after its fourth year, one-third of WhatsApp's user base in the same time period. Even more astounding: Sequoia Capital said that more than 1 million people sign up to use WhatsApp every day. That rapidly growing user base is what piqued his interest, Zuckerberg said.

"We believe WhatsApp is on a path to reach 1 billion people worldwide in the next few years," Zuckerberg said in yesterday's conference call. "Eleven days ago I proposed that if we joined together, that would help us connect the rest of the world."

Facebook's acquisition of WhatsApp benefits the social network in a three important ways: It better positions it to reclaim the teen demographic, a key group of users who have grown disinterested in Facebook; it allows Facebook to buy its way into mobile messaging, one of the hottest emerging markets that the social network has failed to penetrate; and it presents Facebook with a big growth opportunity.

Facebook has been open about the drop in its younger users. In its third-quarter earnings call in October, Facebook chief financial officer David Ebersman conceded that it "did see a decrease in daily users, specifically among younger teens." A report from Piper Jaffray confirmed that trend, finding that only 23% of teens cite Facebook as the most important social network, down from 33% six months ago and 42% a year before.

"Facebook wants to be a part of how people network and how they connect with one another, and teens and millennials around the world are texting and using mobile channels almost to the exclusion of other kinds of communications," said Altimeter Group analyst Rebecca Lieb. "This buys them a rapidly growing user base."

The WhatsApp acquisition also propels Facebook to the top of mobile messaging, a market that it has so far failed to tap. Popular photo messaging app Snapchat famously rejected two offers from Facebook: one for $1 billion and the second for $3 billion cash, according to reports. Its own messaging app, Facebook Messenger, launched in 2011, but it has failed to reach engagement levels that WhatsApp has achieved.

"Facebook is going to get data on millions of users out of this acquisition, too," Lieb said. "They're going to have better opportunities to understand mobile use patterns and mobile customers, and use that information in all sorts of context -- perhaps in advertising in other mobile channels."

While WhatsApp and Facebook Messenger share similarities, Zuckerberg was quick to point out its differences: Messenger generally isn't used to communicate in real time, while WhatsApp is. "Those are big differences in use cases, and the world needs both. We will help by investing in both," he said.

While Facebook has exceeded 1.2 billion monthly active users, its challenge is reaching the next billion, which will likely come from developing countries. That's where WhatsApp is thriving.

"WhatsApp is a player that is strong in both mature markets as well as emerging markets across Asia and the Middle East, which present a significant growth opportunity for Facebook," said Eden Zoller, principal analyst at Ovum.

Zuckerberg acknowledged WhatsApp's strength in emerging markets. "There are countries [such as] Korea or Japan where another messaging service is bigger, but if you look across the world, WhatsApp -- across Europe, Latin America, India, a lot of places in Asia -- is the clear leader."

Zuckerberg sees it, too, as an opportunity to diversify the company beyond the social network.

"We want to provide the best tools to share with different-sized groups and in different contexts and to develop more mobile experiences beyond just the main Facebook app, like Instagram and Messenger," Zuckerberg said. "This is where we see a lot of new growth as well as a great opportunity to better serve our whole community."

Kristin Burnham currently serves as InformationWeek.com's Senior Editor, covering social media, social business, IT leadership and IT careers. Prior to joining InformationWeek in July 2013, she served in a number of roles at CIO magazine and CIO.com, most recently as senior ... View Full Bio
We welcome your comments on this topic on our social media channels, or [contact us directly] with questions about the site.
Comment  |
Email This  |
Print  |
RSS
More Insights
Webcasts
Bolstering Your Enterprise Cyber Risk Assessment
Monitoring Critical Cloud Workloads
More Webcasts
White Papers
4 Key Elements of an ML-Powered NGFW: How Machine Learning is Disrupting Security
Top Serverless Security Risks and How to Mitigate
More White Papers
Reports
Gartner's Top 9 Security Trends in 2020
The Infoblox Q4 2020 Cyberthreat Intelligence Report
More Reports

That's a really interesting thought. For now, Facebook says WhatsApp will continue to operate independently, but it could have been a very different case if Google was successful in its bid to acquire it. I wonder which scenario fares better for WhatsApp customers?
Reply  |  Post Message  |  Messages List  |  Start a Board

It's about increasing their audience on one level, but more than anything it's about diversifying and and data. It knows that not everyone (ahem, teens) wants Facebook, but their information is still incredibly valuable to the company. Pair that audience with mobile data, and it's a goldmine.
Reply  |  Post Message  |  Messages List  |  Start a Board

Zuckerberg only said that WhatsApp will continue to operate independently of Facebook, so we'll have to see what changes it does and doesn't make.

From WhatsApp's help page: "WhatsApp communication between your phone and our server is fully encrypted. We do not store your chat history on our servers. Once delivered successfully to your phone, chat messages are removed from our system." While WhatsApp doesn't save the content, it is stored on the phones your contacts use. That's a big difference between it and Snapchat -- once you view Snapchats, they disappear from your phone.
Reply  |  Post Message  |  Messages List  |  Start a Board

Kristen, I read that WhatsApp messages are deleted almost immediately, a la SnapChat. Do you think Facebook will continue that practice, which is surely part of the appeal to teens (though as a mother I shudder to think why that is)?

Seems like it would put a crimp in data analysis to delete messages.
Reply  |  Post Message  |  Messages List  |  Start a Board
InformationWeek Is Getting an Upgrade!