Facebook launches two new data-based tools for advertisers: Audience Network, which places ads in third-party apps, and a tool that taps into your location.

Imagine this: You're in the car and use Shazam to tag a song. Up pops an ad, tailored for you based on your Facebook data. Or, you're browsing your Facebook news feed on the train after work when up pop several ads for nearby businesses: a local coffee shop, for example.

That's the reality of two new advertising tools that Facebook launched this week. The first, called Audience Network, is an ad platform that lets businesses use Facebook's data to show ads to you in third-party apps. The other, which Facebook calls "awareness ads," taps into your location to show you ads from businesses that are nearby.

"Facebook will win a lot of advertising dollars because the data they have rivals Google's," said Rob Shavell, CEO at online privacy company Abine. "Google doesn't know you like Facebook does. Facebook knows your name and who your friends are. It knows your location. That's a huge advantage that will impact advertising."

Facebook's Audience Network and location-based ads are open to advertisers worldwide and in the US, respectively. Here's what you need to know about each of them. 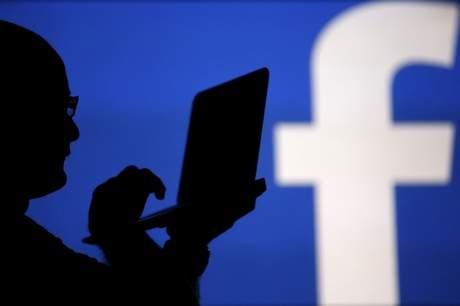 This means that a user could see an ad inside a mobile app that's based on her activity -- such as liking a brand -- in Facebook. Zynga, Shazam, and Merriam-Webster have already use Facebook's Audience Network, the social network said. 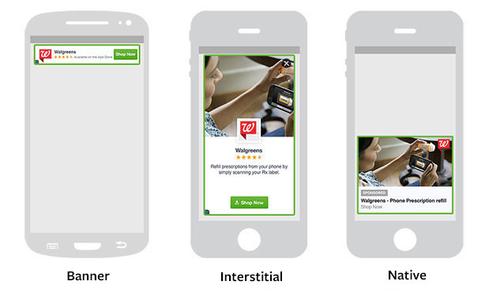 Along with the official rollout of Audience Network, Facebook also expanded the types of ads it displays. They now include support link ads, which means any advertiser can use the network to drive traffic to its mobile site, Facebook said.

Audience Network puts Facebook in closer competition with Google, which accounted for about half of the mobile ad industry spending, according to eMarketer. Facebook sits in second place behind Google, with its ad revenue share expected to reach 22% this year. Twitter is a distant third at about 3%.

Location-based ads
The next time you walk past a restaurant, you might see an ad for it in your news feed. On Tuesday, Facebook announced a new type of ad that lets businesses target people based on whether they're near the establishment.

"With local awareness ads, businesses can quickly and easily find new customers by showing ads to groups of people who are near that business," Facebook said in the announcement. "Local awareness ads are built to be more cost-effective than traditional advertising channels like newspaper while offering more precise targeting and greater reach."

Businesses can select this type of ad by visiting the Ads Create tool and selecting "Local Awareness." You can choose the advertising radius, such as 1 mile, then enter in the other demographics you want to target and assign a budget and duration for your ad.

These localized ads could help small businesses reach a broader audience, important because many SMBs have seen their organic reach decline.

Facebook says it does not disclose the specific individuals that are in an audience, and that users won't be shown these hyper-local ads unless they have location services enabled on their phone. The ads will roll out to advertisers in the US over the next few weeks, Facebook said.

Kristin Burnham currently serves as InformationWeek.com's Senior Editor, covering social media, social business, IT leadership and IT careers. Prior to joining InformationWeek in July 2013, she served in a number of roles at CIO magazine and CIO.com, most recently as senior ... View Full Bio
We welcome your comments on this topic on our social media channels, or [contact us directly] with questions about the site.
Comment  |
Email This  |
Print  |
RSS
More Insights
Webcasts
Building the SOC of the Future: Next-Generation Security Operations
ROI and Beyond for the Cloud
More Webcasts
White Papers
Two-Factor Evaluation Guide
Seven recommendations for a Successful SD-WAN Strategy
More White Papers
Reports
The Malware Threat Landscape
Evolution of Ransomware Gangs
More Reports

Advertising was the only way to make money and to get the stock public. Fortunately for them they were the first to the market and they managed to beat out MySpace. Time will tell how long this lasts. Teenagers and other heavy users have been going to other sites.
Reply  |  Post Message  |  Messages List  |  Start a Board

I must be one of the few people who does not have FB. However most everyone i know does and i can see the ads on the side of the page and in their news feeds. Same thing with Twitter. Why anyone gets involved with that is beyond me. I guess it is the price you pay for a free application.
Reply  |  Post Message  |  Messages List  |  Start a Board

You can also turn off location services just on the phone. That will disable it from all applications. Still it is a pain because you are essentially being followed.
Reply  |  Post Message  |  Messages List  |  Start a Board

Facebook has always known that advertising was the ticket to making money. But it never talked about it early on – a smart move for sure. Now, it is true that Facebook has more user data than even Google.

@Somedude8 I tend to agree. Facebook ads are here to stay, so they might as well be as relevant as possible. As Facebook developes new types of ads -- and we've seen many this year -- I'm more sensitive to the number of ads that appear in my news feed.
Reply  |  Post Message  |  Messages List  |  Start a Board

If they are going to send me an ad, I guess I would rather it be for a pizza place down the street than something that is probably not at least geographically relevant.
Reply  |  Post Message  |  Messages List  |  Start a Board

Just to clarify, Facebook's ads will appear in your news feed, so it shouldn't cause much distraction. (Although some will say that Facebook ads are intrinsically distracting...)
Reply  |  Post Message  |  Messages List  |  Start a Board

You can turn off Location Services for the Facebook app on your phone, but we'll have to see if there's an additional setting that lets you control this. My guess is there won't be, though.
Reply  |  Post Message  |  Messages List  |  Start a Board

Businesses that are location centric have a requirement to attract more customers to purchase their services and/or products, this makes gaining the maximum possible benefits from ROI on advertisements important. If Facebook can provide better ROI to SMB businesses then they will gain popularity with this crowd, as well as extra revenue.
Reply  |  Post Message  |  Messages List  |  Start a Board

Anything facebook does reaks of money making greed at the expence of the user. Granted there are ways to "opt out" of things like this like turning off location services but many use that for maps and GPS functions. It's just the cost of using a mobile device.
Reply  |  Post Message  |  Messages List  |  Start a Board
Page 1 / 2   >   >>
Editors' Choice
Hot Topics