Facebook is waging war against fake Likes, and the results have been profitable. According to Facebook site integrity engineer Matt Jones, the social network has obtained nearly $2 billion in legal judgments against spammers.

Spammers tempt unknowing businesses with schemes to boost their Facebook audience by purchasing Likes. These offers, which often promise thousands of Likes for mere dollars, are delivered by creating fake accounts or hacking into real accounts and using them to spread spam, Jones said. Because these paid-for users aren't real, Pages end up doing less business on Facebook.

"Fake likes are only profitable when they can spread at scale," Jones said in a post. "To make it harder for these scams to be profitable, our abuse-fighting team builds and constantly updates a combination of automated and manual systems that help us catch suspicious activity at various points of interaction on the site, including registration, friending, liking, and messaging." 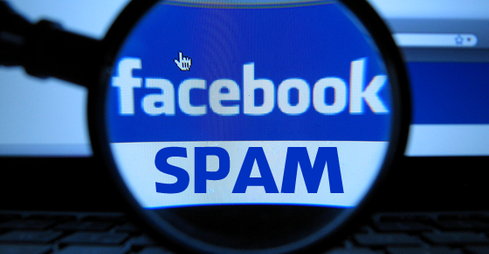 Some of these tactics include limiting Likes per account. When activity spikes, Facebook makes sure the Likes are legitimate by asking for additional verification. It has also pursued legal opportunities, which have amounted to nearly $2 billion in profit. Facebook did not disclose details about the judgments, but called it a reminder to spammers that it will fight back to prevent abuse on its platform.

Facebook warned businesses to avoid any schemes that promise Facebook Likes in exchange for money since you won't see much engagement with your page in return.

"Our algorithm takes Page engagement rates into account when deciding when and where to deliver a Page's legitimate ads and content, so Pages with an artificially inflated number of likes are actually making it harder on themselves to reach the people they care about most," Jones said.

Instead, Pages should focus on specific business objectives -- like driving in-store sales or boosting app downloads -- over obtaining more Likes. For businesses that need to grow their audience in order to achieve their business objectives, Facebook says you should visit the "Build Audience" tab to invite friends to like the page or pay to promote it using targeting criteria that you specify.

Lastly, Facebook encouraged Page admins to recognize and avoid malicious links that could infect your page with malware. These include links that promote a "shocking video" or "unbelievable photos of you"; visiting a website that claims to offer special features on Facebook; and downloading a browser add-on that claim to do something that alters your Facebook experience, such as seeing who's viewed your profile, changing the color of your profile, or removing your timeline.

Facebook has made an effort to cut down on other types of spam in the past. In April, it announced plans to target content that clutters users' news feeds, such as photos or videos that users and Pages repeatedly upload, and posts that explicitly ask users to comment or like in order to get more distribution. Facebook said that these types of posts are 15% less relevant than other stories with a comparable number of Likes, comments, and shares.

Kristin Burnham currently serves as InformationWeek.com's Senior Editor, covering social media, social business, IT leadership and IT careers. Prior to joining InformationWeek in July 2013, she served in a number of roles at CIO magazine and CIO.com, most recently as senior ... View Full Bio
We welcome your comments on this topic on our social media channels, or [contact us directly] with questions about the site.
Comment  |
Email This  |
Print  |
RSS
More Insights
Webcasts
Unifying Your Endpoint Security Strategy
An Enterprise Guide to Web Security
More Webcasts
White Papers
Are Your Managed Services Right for Your Business?
The New Risk Equation: Motives, Means, Opportunity
More White Papers
Reports
Protection Strategies for a Cyber-Resilient Organization
Are We Cyber-Resilient? The Key Question Every Organization Must Answer
More Reports
Copyright © 2021 UBM Electronics, A UBM company, All rights reserved. Privacy Policy | Terms of Service