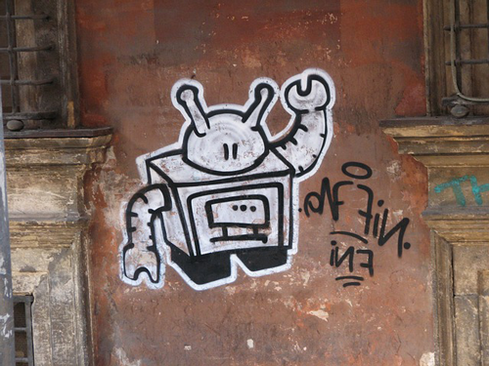 Facebook plans to acquire Titan Aerospace, a solar-powered atmospheric drone manufacturer, for $60 million, according to a TechCrunch report. Titan, founded in 2012, develops drones that carry a 250-pound payload and fly at 65,000 feet for up to five years at a time. Titan Aerospace targets a number of industries, including agriculture, space, meteorology, and disaster response.

Facebook's interest in Titan Aerospace stems from its Internet.org initiative, which aims to bring Internet access to the entire world. The plan, announced in August, focuses on a three-pronged approach: Develop a way to deliver data more efficiently and more affordably; use less data to improve the efficiency of apps; and help businesses drive Internet access by developing a new model to get people online.

Acquiring Titan Aerospace would support two of those goals by using the drones to blanket parts of the world with Internet access. Facebook plans to start with Africa and build 11,000 Solara 60 drones, according to the report, which cited anonymous sources.

According to Titan Aerospace, this drone model is powered by the sun and can launch at night using its internal battery banks. These unmanned aerial vehicles (UAVs) are powerful but not inconspicuous: They boast a 164-foot wingspan, weigh more than 350 pounds, carry more than 250 pounds to atmospheric orbit, and reach speeds of up to 64 miles per hour at altitudes of 65,000 feet. The UAVs are also low maintenance: They can stay aloft for up to five years at a time without having to refuel.

Post-acquisition, Titan Aerospace would manufacturer solely for the Internet.org project, according to the report. 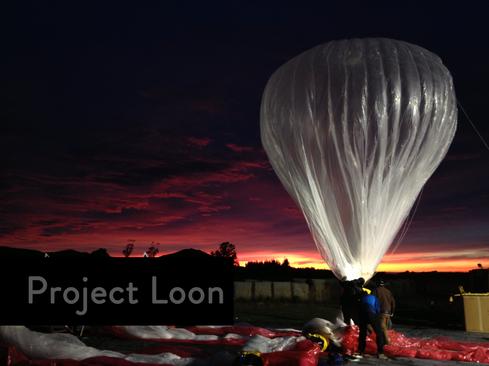 Compared to Titan Aerospace's drones, Google's balloons aim to stay afloat for 100 days, which is "long enough to get a good life out of it but not so long that we have outmoded technology in the air," said Google's Pam Desrochers, balloon manufacturing manager for Project Loon. Like the Solara 60 drone, the surface area of Google's balloons is large, at 500 square meters.

Google's biggest obstacle is developing a material that can withstand constant expansion and retraction, and prevent rips or tears that could deflate it, Desrochers said. Watch the videos below for more on Project Loon's balloons and Titan Aerospace's Solara drones.

Kristin Burnham currently serves as InformationWeek.com's Senior Editor, covering social media, social business, IT leadership and IT careers. Prior to joining InformationWeek in July 2013, she served in a number of roles at CIO magazine and CIO.com, most recently as senior ... View Full Bio
We welcome your comments on this topic on our social media channels, or [contact us directly] with questions about the site.
Comment  |
Email This  |
Print  |
RSS
More Insights
Webcasts
[Free Virtual Event] Using Microsoft in 2020 & Beyond
Building & Managing the Next-Gen SOC
More Webcasts
White Papers
Get The Key to Cloud Success
Five Reasons to Protect your VPN with Multi-Factor Authentication
More White Papers
Reports
2020 SANS Cyber Threat Intelligence (CTI) Survey
2020 Cybersecurity Outlook Report
More Reports

Excellent article and knowing about FB and Google emerging into new evolutions. Very interesting aspects to see how it would be in use.
Reply  |  Post Message  |  Messages List  |  Start a Board

Google's video made an interesting point. Their balloons may only be airborne for 100 days or so, which may seem insignificant compared to the drones. But is it really a value-add to have a device that is capable of flying for five years? Technology moves fast and banking on one device could quickly render it obsolete. Then again, just because it can doesn't mean it needs to.
Reply  |  Post Message  |  Messages List  |  Start a Board

I wonder how much it will cost to build each of these drones at such time as the design is stable and tested? And equally important, I wonder how many gigabytes per second each one can handle; would it be practical for here, or only for an underdeveloped area where anything is better than nothing? Since the device is slated to fly at 65,000 feet, they could conceivably run them above major cities.
Reply  |  Post Message  |  Messages List  |  Start a Board

Clearly, there's a lot more for Facebook to iron out before any of this becomes a reality. As you mentioned, price plays an important role and is, perhaps, its biggest obstacle in bringing this to developing countries. The Google/Facebook race to connect will be an interesting one to watch.
Reply  |  Post Message  |  Messages List  |  Start a Board

The internet is the easiest way to provide individuals with information, and in developing countries it's the slow pace of information's movement that causes some of the bottlenecks which does not allow the economy to grow to anywhere near its full potential.

So data connectivity is important but it requires at least $20 a month to maintain connectivity, that's $240 a year, not much considering that everything from information and knowledge to e-commerce can be enabled using this amount of cash. However, in most of the developing countries GDP per capita is around $500 to $1,000 a year, asking someone to spend 50% or 25% of their yearly income for better long term returns does not fly well. Internet access in one side and access to a stable electric source is also a variable that needs to be taken into account.

I am guessing in every region there would be pockets of the population that can afford and know the value of information, so if Facebook or Google can monetize these pockets to subsidize internet for the masses then it could work wonders. I wonder what the expected price would be to build one Solara drone.