Google is secretly developing an app that will let people stream video live to YouTube. The product would compete with similar offerings from Facebook and Twitter.

Facebook, Twitter, and others have beaten Google to the live video streaming punch, forcing the search giant to play catch up. The company is working on an app called YouTube Connect, which will let people stream video live directly to company's popular video site.

YouTube Connect will be available for Android and iOS devices later this year, according to unnamed sources cited by VentureBeat. Smartphone owners can log in using their Google or YouTube account credentials and stream video to their YouTube account or channel. Expected features including chatting, tagging, and newsfeed-style highlight reels from friends and others.

YouTube users will be able to watch live video shared by others on their own handset, as well as on YouTube.com. Live streams will be saved to YouTube so they may be watched later by others not able to view it at the time. VentureBeat's sources say YouTube Connect will not immediately include the ability to share with other social networks. 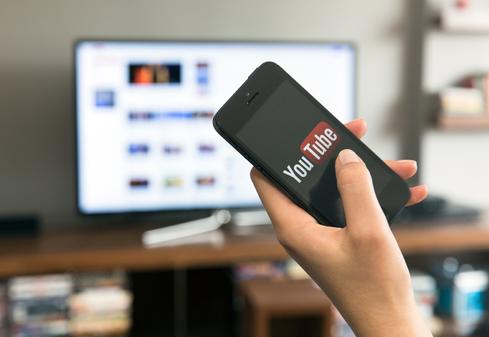 Google has not kept pace with competitors in the live video front.

A startup called Meerkat launched a video live-streaming app about a year ago. It was popularized at the South by Southwest Interactive Festival in March 2015. Meerkat relied on Twitter for distribution and Twitter was quick to catch on.

Twitter responded several months later with an app of its own, Periscope.

Periscope is quite robust, and it's gained favor among the live-streaming crowd. For example, T-Mobile CEO John Legere favors the app to communicate with customers online. Journalists used Periscope earlier this week to live-stream Apple's press event.

The social network initially invited celebrities to test its own video live-streaming tool, Facebook Live Video, which broadcasts live video directly to users' newsfeeds. The company later expanded the live-streaming feature to users in the US. It is still working to bring the feature to users outside the US. Video -- and virtual reality in particular -- is important to Facebook's future, according to remarks made by CEO Mark Zuckerberg at last month's Mobile World Congress trade show.

Google has likely been working on YouTube connect for some time, though the company did not confirm VentureBeat's story. YouTube remains one of the largest online video services, but Facebook's global reach could help it expand rapidly. Moreover, video captured by Facebook Live and Periscope users is saved to those networks (rather than YouTube) and remains there.

YouTube has created bona fide celebrities of its own. Many of Time's recently named most influential people online are YouTube stars. Google knows this and can take advantage to help promote YouTube Connect when the time comes.

Google's I/O developer conference is slated for mid-May. Perhaps Google will have information to share at that point.

Eric is a freelance writer for InformationWeek specializing in mobile technologies. View Full Bio
We welcome your comments on this topic on our social media channels, or [contact us directly] with questions about the site.
Comment  |
Email This  |
Print  |
RSS
More Insights
Webcasts
Securing and Monitoring Networks in the 'New Normal'
How Elite Analyst Teams are Transforming Security with Cyber Reconnaissance
More Webcasts
White Papers
The Dark Side of SD-WAN
Five Reasons to Protect your VPN with Multi-Factor Authentication
More White Papers
Reports
2020: Threats in Review
How Data Breaches Affect the Enterprise (2020)
More Reports