Pew Research finds that social media users are less likely to voice opinions face-to-face if they believe their Facebook followers would disagree. Call it surveillance fallout.

Facebook's mission is to make the world more open and connected. But in so doing, it may be making people less willing to speak their minds.

The average Facebook user -- someone who accesses the service a few times every day -- turns out to be half as likely as others to voice an opinion with a friend at a restaurant, according to a study conducted by Pew Research.

If this Facebook user believes his or her followers agree with the opinion at issue, he or she is about three-quarters as likely as others to speak up.

Pew suggests that social media's value as a way to broaden public discourse by encouraging the expression of minority viewpoints may be overstated. The research group theorizes that the spiral of silence -- the tendency of people not to voice their opinions when they believe their views are not shared -- may extend from social media to in-person interaction, effectively dampening dissent online and off. 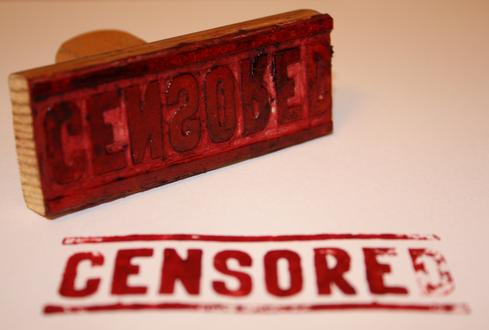 "[W]e speculate that social media users may have witnessed those with minority opinions experiencing ostracism, ridicule, or bullying online, and that this might increase the perceived risk of opinion sharing in other settings," the Pew study says.

This chilling effect occurs amid deliberate efforts by authorities, and by Facebook itself, to manipulate social media users.

Yet, Pew's study may be barking up the wrong tree. The research firm asked 1,801 adults about leaks last year from ex-NSA contractor Edward Snowden that revealed widespread surveillance of telephone and online communications by the NSA, about people's willingness to discuss the revelations in-person and online, and about people's perceptions of the views of others.

Pew looked at willingness to discuss the Snowden revelations as a way to measure the social value of social media. But the research group might have done better to focus on the cause rather than the chilling effect, on surveillance itself. If social media dulls dissent, omnipresent, inescapable surveillance deserves some blame, more perhaps than the spiral of silence by which we temper controversial speech.

A study published earlier this year, "Government Surveillance and Internet Search Behavior," suggests as much. Having surveyed Google search terms before and after the Snowden revelations, the paper found that "users were less likely to search using search terms that they believed might get them in trouble with the U. S. government."

A study published by writers group PEN last October came to a similar conclusion. "The fear of surveillance -- and doubt over the way in which the government intends to use the data it gathers -- has prompted PEN writers to change their behavior in numerous ways that curtail their freedom of expression and restrict the free flow of information," the PEN report states. It notes that 28% of PEN writers curtailed their social media usage, among other forms of self-censorship, following the Snowden revelations.

So while it's important to understand that social media does less to invigorate public discourse than many hoped and discourages face-to-face debate, it's at least as important to recognize that surveillance inhibits interaction in all its forms. It's not about the media, social or otherwise; it's about the message -- we're watching -- and what that means to those being watched.

Thomas Claburn has been writing about business and technology since 1996, for publications such as New Architect, PC Computing, InformationWeek, Salon, Wired, and Ziff Davis Smart Business. Before that, he worked in film and television, having earned a not particularly useful ... View Full Bio
We welcome your comments on this topic on our social media channels, or [contact us directly] with questions about the site.
Comment  |
Email This  |
Print  |
RSS
More Insights
Webcasts
SASE: The Right Framework for Today's Distributed Enterprises
Managing a Hybrid Cloud Infrastructure
More Webcasts
White Papers
2020 SANS Enterprise Cloud Incident Response Survey
The Top 5 Mistakes Everyone is Making in Vulnerability Remediation
More White Papers
Reports
Dark Reading Report: Battle for the Endpoint
The Need for Speed: Second Generation EDR
More Reports

Yes, linking to Facebook could give people a whole lot more insight into your life if your settings are Friends of Friends (or you're naive enough to be even more open than that). I don't mind linking to Twitter. That's more anonymous, somehow.
Reply  |  Post Message  |  Messages List  |  Start a Board

The alternative for newspapers that have to deal with vitriol -- much of it often racist and otherwise widely offensive -- is to get rid of online commenting systems altogether.  A set of newspapers in Maine did just that a couple of years ago -- because they were tired of having to moderate commenting systems upon which people were making jerks of themselves.
Reply  |  Post Message  |  Messages List  |  Start a Board

@Alison: Anything that makes for fewer Internet comments is a good thing in my book.

"The only person you should try to be better than, is the person you were yesterday."
Reply  |  Post Message  |  Messages List  |  Start a Board

I recall when my local paper, Florida Today, married its online comments to Facebook. Previously, readers could log-on separately (or via Facebook), allowing them to create pseudonyms before sharing their thoughts on local news stories, politics, and other divisive issues. Now, we have to link to our Facebook pages. I have no idea how that's affected the number of comments. I'd imagine the quality has increased, in that trolls have dropped. But I know I very rarely post any more, and only do so when I'm clearly in the majority -- a local coach is arrested for child abuse, for example, or someone locks a dog in a hot car. I will never post about politics, church topics, or something else where I risk hurting a neighbor's feelings or getting drawn into a flame war. It's not worth it.

In that way, Florida Today (and Facebook) have lessened meaningful debate. I (and other friends) can't deal with the expected vitriol so we just drop out of online discussions if Facebook is part of the equation.
Reply  |  Post Message  |  Messages List  |  Start a Board

>Lots of people perpetuating a contrived "my life is awesome" image while their friends over-praise them for every vacation picture or inspirational quote, thus making them more bold and confident in person than they should be.

I can see how people get worn down by making contrarion points on social media and getting widely dissed (or observing that happening a lot), and it starts to make them more cautious in real-life interactions.

But I also see quite the opposite on Facebook. Lots of people perpetuating a contrived "my life is awesome" image while their friends over-praise them for every vacation picture or inspirational quote, thus making them more bold and confident in person than they should be.