Twitter pushed out a new version of its iOS and Android apps, as well as the web-based versions of TweetDeck, the company announced. In addition to an updated interface, the social network added the capability to direct message photos.

Previously, all photos posted to Twitter were public by default, and all direct messages could contain only links and text. Now users can privately message photos back and forth through the app, helping the company compete with photo-sharing apps like Snapchat and messaging services such as WhatsApp and Kik. Unlike Snapchats, however, privately messaged photos on Twitter can be saved.

"I think of private messaging as an important component of this public real-time conversational distributed platform that Twitter is -- this global town square. And it turns out that in this town square, you want to be able to have an aside with someone," he said. "I think the direct messaging, private messaging function of Twitter is an absolutely vital piece of being that global town square and bolstering those four pillars of public, real time, conversational, and distributed."

In addition to direct messaging photos, Twitter launched a handful of navigation updates. You can now swipe from Home to the Discover timeline to browse trends, popular tweets, and new accounts to follow, and swipe to your Activity timeline to see tweets and accounts that are popular among people you follow. 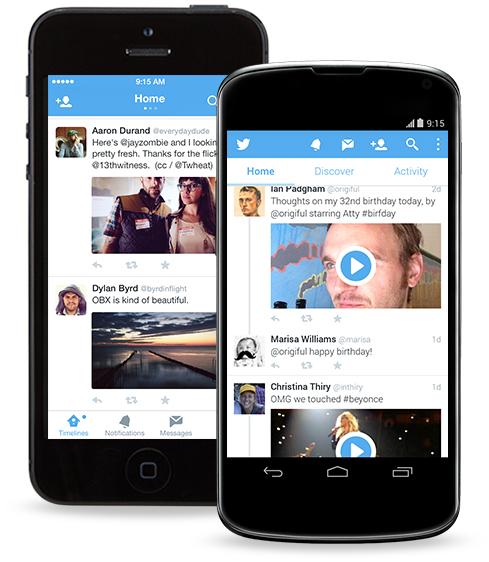 Twitter for iOS users will see new in-app notifications that alert you when someone sends you a direct message, favorites one of your tweets, retweets you, and replies to your tweets. Twitter for Android users now have the ability to turn on mobile notifications for specific users by tapping the star on their profile.

These changes are the latest in a number of updates Twitter has launched in the last six months. Most recently, Twitter announced in October that users would start seeing more pictures and videos in their main feed. Prior to that it launched Magic Recs, an account that notifies users of popular new accounts to follow, and Event Parrot, which alerts users of breaking news.

I rarely use the messaging feature on Twitter, but often use it on Facebook. Readers: Will this update encourage you to use Twitter's direct messaging feature more? Why or why not?
Reply  |  Post Message  |  Messages List  |  Start a Board
Editors' Choice
Hot Topics