50%
Tweet
Customers ask: 'Why don't you make the rest of your stuff this easy?' 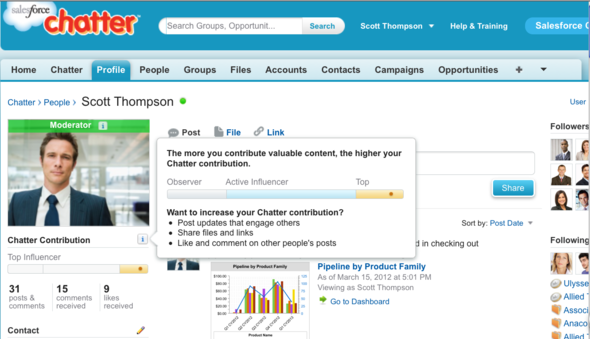 10 Pinterest Pointers For Businesses
(click image for larger view and for slideshow)
When Zendesk introduced an iPad app to allow service and support agents to handle inquires away from their desks, there was just one problem: some users thought the standard agent desktop paled in comparison.

The native iPad app introduced in early 2011 "caught on like wildfire, and a lot of people were telling us there were aspects of that they liked better than our core interface," said J.D. Peterson, VP of product marketing for Zendesk. "We got a lot of feedback that was like, 'Hey, why don't you make the rest of your stuff this easy?'"

[ Going on the road? Read SlideShark For iPhone: PowerPoint In Your Pocket.]

An update released Wednesday answers that call, with a new agent desktop that takes much of its inspiration from the iPad version. It also introduces features such as keyboard shortcuts that are important for agents who spend all day chained to their PC.

Zendesk is a software-as-a-service company that helps its clients handle inquiries submitted via email and contact forms, as well as Facebook posts and phone calls.

The new browser-based user interface offers a clean, streamlined user interface that would be at home on a tablet and also represents some rethinking of the user experience. "Previously, the ticket was the center of the universe," Peterson said, referring to the traditional concept of the service or support "ticket"--the record of a question or complaint, plus all the associated follow-up communications. Handling tickets is still a central task in the new system, but Zendesk is trying to present agents with more contextual information about contacts and their history in the same view, making it easier to see if that person also has other open issues, or a history of previous complaints.

A tabbed interface also makes it easier for agents to keep a ticket open, perhaps responding to other issues while waiting for an answer to a question. That avoids the need for agents to open multiple browser windows, which had been a common work-around, Peterson said. 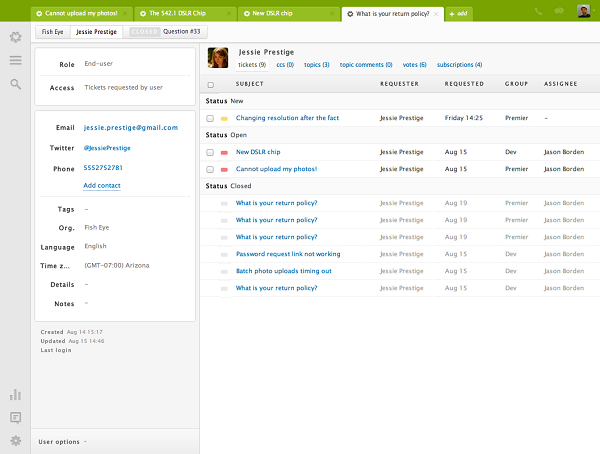 These changes are mostly skin deep--Zendesk's core knowledge base, customer service database, and public-facing contact forms aren't changing significantly with this release. The new user interface will become the default for new customers, but existing customers will have the option of turning it on at their own pace. "We'll support the classic interface at least the next year, if not longer," Peterson said.

Acknowledging that the new version is different enough that it could throw agents off their game if introduced too abruptly, Peterson said Zendesk will provide extensive online training to help companies make the transition.

We welcome your comments on this topic on our social media channels, or [contact us directly] with questions about the site.
Comment  |
Email This  |
Print  |
RSS
More Insights
Webcasts
The Best Ways to Stop Malware and Ransomware That No One Else Will Tell You
Network Security: The Attacker's Point of View
More Webcasts
White Papers
2020 Gartner Market Guide for Network Detection & Response
How You Can Evaluate Your Org's Cybersecurity Readiness
More White Papers
Reports
Email Security Threat Report 2020
2020 State of DevOps Report
More Reports