Tesla's most recent software update aims to allow drivers of its high-end electric vehicles to summon their vehicle from their garage, but also would restrict their speed.

Tesla Motors delivered a software update over the weekend that's designed to allow owners of its high-end electric vehicles equipped with autopilot features to park their cars via remote, but it also restricts their speed on residential streets and roads without center dividers.

Under its Tesla version 7.1 software update, the company launched an autopark feature called Summon. The Summon beta is designed to allow Model S drivers to park their vehicle or retrieve it remotely, within 33 feet of its final parking destination, according to Tesla's 7.1 software release notes.

"Using Summon, once you arrive home and exit Model S or Model X, you can prompt it to do the rest: open your garage door, enter your garage, park itself, and shut down," Tesla said in its blog post. "In the morning, you walk up, walk out the front door, and summon your car." 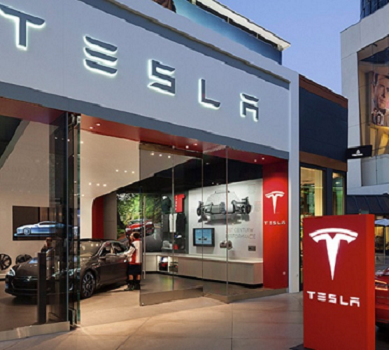 It's interesting to note that Tesla advises beta testers to use Summon on private property as they become more familiar with this feature. For now, that may take the worry away from working parking attendants.

Perhaps more fantastical, Tesla stated that eventually it aims to have its autopilot-equipped vehicles to be able to "drive anywhere across the country to meet you, charging itself along the way. It will synch with your calendar to know exactly when to arrive," according to Tesla's blog post. The company's CEO Elon Musk predicted this capability may be available in Summon in the next two years, according to a Reuters report.

In addition to the Summon beta, the 7.1 update also brings new safety restrictions to Tesla's Autosteer. Model S drivers traveling on roads in residential areas or ones that lack a center divider will be prohibited from driving faster than 5 mph above the speed limit, according to the software release notes.

"When entering such a restricted road, Model S will reduce its speed if necessary and will do so even if you increase the cruise control set speed," the notes advise. While this may mean it takes lead-foot drivers longer to get to their destination, at least they will likely get there without a speeding ticket.

The move to reduce a vehicle's speed follows comments that Musk made during the company's third quarter earnings call, when the topic of the Autopilot hardware was raised.

"There's been some fairly crazy videos on YouTube ... this is not good," Musk said, according to a copy of the conference call transcript posted on Seeking Alpha. "And we will be putting some additional constraints on when Autopilot can be activated to minimize the possibility of people doing crazy things with it."

Some of that crazy activity, according to a BRG Media post, included drivers taking their hands off the steering wheel to record video to traveling at speeds of 75 mph in a 60 mph zone.

For what it's worth, however, Musk stated in the earnings call that roughly a million miles are traveled per day with cars that have Tesla's autopilot feature, which has been available since October.

"We're aware of many accidents that were prevented from Autopilot, and we're not aware of any that were caused by Autopilot. But this is still early, but it's a good indication. So it appears to be quite beneficial from a safety standpoint," Musk said in the earnings call.

Dawn Kawamoto is an Associate Editor for Dark Reading, where she covers cybersecurity news and trends. She is an award-winning journalist who has written and edited technology, management, leadership, career, finance, and innovation stories for such publications as CNET's ... View Full Bio
We welcome your comments on this topic on our social media channels, or [contact us directly] with questions about the site.
Comment  |
Email This  |
Print  |
RSS
More Insights
Webcasts
The Experts Guide to Ransomware Response
Multi-Cloud Data Management for Modern Applications
More Webcasts
White Papers
Enabling Enterprise Resiliency Through Cyberthreat Detection
Brand Protection During a Global Pandemic
More White Papers
Reports
The State of Endpoint Security
Trustwave Global Security Report
More Reports