Sebastian Thrun dishes on Udacity's Silicon Valley style and how to make massive open online courses work for more than "the most motivated 1%."

After weathering a round of negative publicity, Udacity CEO Sebastian Thrun believes vindication is at hand.

"The thing I'm insanely proud of right now is I think we've found the magic formula," he said in an interview last week. "Had you asked me three months ago, I wouldn't have said that. I'm not at the point where everything is great. There are a lot of things to be improved, a lot of mistakes we're making, but I see it coming together."

Formerly a Stanford University professor as well as the founder of the Google X Labs, which created the famed self-driving car and the Google Glass wearable computer, Thrun co-founded Udacity in 2011 to explore the possibilities of massive open online courses (MOOCs). The success Thrun claims to be on the verge of is actually outside the realm of MOOCs, if you define MOOC as a free online course with a huge enrollment. Instead, he is claiming an early victory in Udacity's partnership with San Jose State University (SJSU) to offer $150 courses for which students would get credit for a passing grade, just as if they had attended on campus. The credit-bearing classes are much smaller, and in the latest round of classes the enrolled students got more tutoring and help.

Announced in January with great fanfare and the backing of California governor Jerry Brown, the SJSU partnership was also the source of Udacity's biggest public relations headache, after the university decided in July to delay offering more courses with Udacity because of poor student pass rates in the spring semester. The results from the summer term, which was already in progress at the time of that announcement, are coming in, and Thrun says they show his company is on the right track.

Meanwhile, Udacity is gearing up to offer an affordable online master's degree in computer science in partnership with the Georgia Institute of Technology, partially underwritten by AT&T as a means of recruiting employees with IT skills. Scheduled to launch in January, the program will cost students just $6,600.

What Udacity is creating, Thrun said, is "an online version of education that really works, that has great retention, great outcomes of education and really reaches people -- not just the world's most motivated 1% -- but can be made to work for many more people."

That would be a turnaround from the current prevailing narrative about Udacity. When SJSU announced its change in plans, the California Faculty Association also leaked copies of an internal report to Inside Higher Ed and the Chronicle of Higher Education showing that enrolled students passed the three courses at a rate of between 29% and 51%, with the worst results in a remedial math class. By comparison, SJSU would have expected at least a 74% pass rate for an on-campus class. 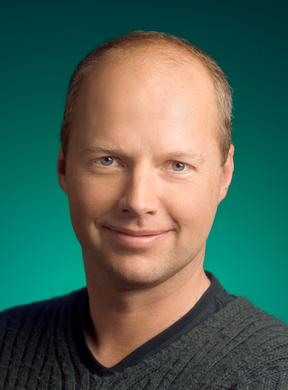 Thrun laments that the data was published "in an incomplete form, with a very strong bias," failing to account for the different student population. "In the spring, we specifically went to inner-city high schools and signed up a lot of kids you normally don't see in college." In particular, he said, "we had a pool of students who had previously failed remedial math, and among those we got about a 29% pass rate." Even amidst those results, there were also encouraging signs, he said. The rap on MOOCs is that despite often signing up thousands or tens of thousands of people for a class, only a small number will complete the class -- typically less than 5%. For the San Jose experiment, the completion rate was more than 80%.

Thrun said he could not announce numbers for the summer term yet, but he expects the pass rate to be well over 50%. The completion rate was actually lower, maybe 60% or so (he threw out a few numbers, emphasizing that none were final). More importantly, he thinks Udacity is closing in on a formula that will deliver educational success to students who traditionally have not had access to higher education.

Thrun said SJSU's decision to take the fall semester to analyze the results makes perfect sense, but the summer course statistics ought to help get things back on track for 2014.

Udacity MOOCs have a distinctive style. The lectures in Coursera and edX courses are more likely to be video from a classroom or a university TV studio. Udacity courses feel more like a Silicon Valley product, like something that might have been created by Google. When I shared that impression with Thrun, he chuckled, "Good, good, I'm glad you think that."

VP of product design Irene Au previously ran Google's user experience and design teams, but Udacity has also drawn staff from other quarters. Co-founder and CTO Mike Sokolsky was previously a robotics research engineer at Stanford, where he and Thrun collaborated on the design of self-driving vehicles. Google director of research Peter Norvig is also an adviser. In 2011, Thrun and Norvig adapted a class in artificial intelligence (AI) they had been teaching at Stanford, offered it online for free, and attracted 160,000 students from around the world. This was the first MOOC on anything like that scale, and it inspired the creation of Udacity. Thrun said he still does some work with Google, but mostly as an adviser.

One other angle that emerged from this conversation concerns open educational resources. See:

The word "disruption" gets thrown around a lot, but this is truly disruptive stuff -- $150 full-credit university courses and online master's degrees (at Georgia Tech, no less) for $6,600. Such programs are bound to put price pressure on universities nationwide, and it's about time.
Reply  |  Post Message  |  Messages List  |  Start a Board

Update: the encouraging #s Thrun alluded to are out: MOOC Math Students Beat On-Campus Pass Rate http://twb.io/1a2cpeI
Reply  |  Post Message  |  Messages List  |  Start a Board
InformationWeek Is Getting an Upgrade!