2018's bullish economy is reflected in venture capital and private equity investments. Software drives the majority of deals since software powers just about everything now. Here's where the money is flowing and why.

2018 is a strong economic year, as reflected in venture capital and private equity investments. According to the 2Q Pitchbook-National Venture Capital Association (NVCA) Venture Monitor, $57.5 billion was invested in U.S. VC-backed companies in the second quarter. Ninety-four of the financings involved at least $100 million and 42 unicorns closed deals with valuations of at least $1 billion.

"To say capital availability is high would be putting the true state of the US VC industry lightly," the report says.

In the first half of 2018, software represented 43% of venture capital deals and 11.9% of private equity (PE) buyouts, according to Pitchbook. It expects more PE to flow to VC-backed companies in the forms of buyouts and growth rounds. 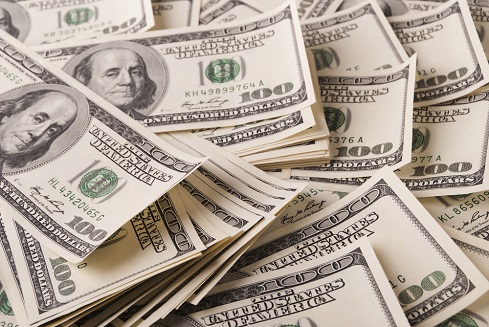 Meanwhile, KPMG reported reported, global VC investments were $50 billion in Q1 and $69.8 billion in Q2 (with a note that Q2's numbers were skewed by a Chinese fintech company, Ant Financial, which received a $14 billion late-stage round). The $69.8 billion-dollar figure represents 3,108 deals.

The greatest number of exits by far continues to be strategic acquisitions, followed by IPOs and buyouts. KPMG notes that SaaS companies continue to drive the highest valuations.

Here's where the money is flowing.

Agritech. Agritech utilizes several different types of technology to help farmers more effectively manage crop production. Since agriculture can be unpredictable due to weather patterns, pest infestations, and disease outbreaks, the KPMG report notes that a collection of technologies are being used to lessen their effects. Those technologies include crop sensors, satellite imagery, IoT devices, blockchain, swarm robotics, automation and data analytics.

AI. Artificial intelligence is redefining the art of the possible across industries. Not surprisingly, KPMG expects AI to drive more investment moving forward, pointing to Chinese facial recognition solution provider Sensetime, which raised $1.2 billion in two rounds in Q3. The Q2 2018 Money Tree report by PwC and CB Insights states that the funding of US-based AI companies rose 21% to $2.3 billion in Q2 2018, following a 37% rise in Q1 2018.

Autotech. Autotech investments are focused on electric and self-driving cars, with the latter getting greater attention, according to KPMG. Major automobile manufacturers are investing in the self-driving cars, realizing that they're a long-term bet. VCs are looking for companies and teams that can overcome the obstacles faster than the incumbents.

Blockchain. Blockchain has many more applications than just finance, although in its recent Fintech report, KPMG reported that blockchain investments in the U.S. were higher in the first half of 2018 than all of 2017, although it did not provide numbers. More investments took the form of additional rounds provided to established companies and consortia as opposed to startups. Other popular use cases include supply chain, cybersecurity, insurance, legal, digital rights management, healthcare, government, and identity management.

Cybersecurity. High-profile hacks and the expanding universe of potential vulnerabilities that connected devices represent are driving high investment in this area. Another driver is that organizations are shifting away from a hypothetical view of "if" they get hacked to an inevitable view of "when" they get attacked, KPMG reported. Meanwhile, PwC and CB Insights noted $1.7 B worth of Q2 U.S. VC-backed cybersecurity investments. The spike was attributed to four $100-million-plus mega-round deals in Q2 versus two mega-rounds in the prior three quarters.

Convenience Services. Got no time? There's an app for that, dog-walking apps among them. KPMG reported that Wag has attracted $300 million while Rover has attracted $155 billion.

Fintech. PwC and CB Insights noted that Fintech company investment is growing dramatically. There was a 40% increase in Q2 totaling $3 billion over 142 deals.

Initial public offering was once a more popular exit strategy than it is today. The 2Q Pitchbook-NVCA Venture Monitor mentions that companies are staying private longer. It also identifies three other trends that date back to 2000 which are the higher costs and complexity of being a public company, the collapse of research coverage and liquidity for small cap companies and a short-term market focus that harms innovative companies' long-term projects.

Further, it attributes the sharp increase in the number of unicorns -- $1-billion companies that opt to stay private -- and other high-value companies to the fact companies are staying private longer, sustained by VC. The average time from the receipt of first venture capital infusion to exit is now 6.1 years.

Lisa Morgan is a freelance writer who covers big data and BI for InformationWeek. She has contributed articles, reports, and other types of content to various publications and sites ranging from SD Times to the Economist Intelligent Unit. Frequent areas of coverage include ... View Full Bio
We welcome your comments on this topic on our social media channels, or [contact us directly] with questions about the site.
Comment  |
Email This  |
Print  |
RSS
More Insights
Webcasts
Key technology trends in 2021 - Making these technologies work for your business
Optimizing App Performance in the Cloud
More Webcasts
White Papers
Why Add Security to Your Skill Set and How to Do It
Are We Cyber-Resilient? The Key Question Every Organization Must Answer
More White Papers
Reports
The State of Threat Detection and Response
Assessing Cybersecurity Risk in Todays Enterprises
More Reports
Copyright © 2021 UBM Electronics, A UBM company, All rights reserved. Privacy Policy | Terms of Service