SEARCH
A minimum of 3 characters are required to be typed in the search bar in order to perform a search.
Announcements
Alert
Got some free time? Grow your knowledge from the comfort of your computer for FREE!
Alert
Are you looking to stay on top of IT trends? Check out our FREE webinars and virtual events!
Alert
Planning for 2023? Be sure to check out our upcoming in-person events!
Report
How does your salary stack up? 2022 IT Salary Survey Results Revealed
PreviousNext
Software
2 MIN READ
News 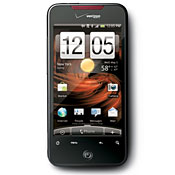 Verizon Wireless plans to deliver HTC's Droid Incredible on April 29 to customers who order the device online as late as the day before.

The carrier on Monday said on itsWeb site that customers who pre-order the Incredible by 4 p.m. local time on April 28 would receive the smartphone the next day. The device will cost $200, with a two-year service contract and an "instant" online discount of $100.

The Incredible will also be available April 29 at Verizon stores, where customers will also pay $200, following a $100 mail-in rebate. The rebate will come in the form of a debit card that Verizon says will be accepted anywhere.

The Incredible will be Verizon's second flagship smartphone based on Google's Android operating system. Verizon currently offers the Motorola Droid.

The HTC-made Droid 'Incredible' uses Android 2.1 and is powered by a 1 GHz Snapdragon processorn from Qualcomm. The device has a 3.7-inch AMOLED touchscreen with 480 x 800 pixels and 8 GB of internal storage. Up to 32 GB of additional storage is available with an external MicroSD card. The Incredible also has an 8 megapixel camera.

The Incredible's browser supports Adobe's Flash Lite 4.0, a feature missing from the iPhone, which also has a smaller display. The 'Incredible' also comes with HTC's Sense user interface, a custom overlay to Android that offers social networking support and powerful screen switching tools.