A British tribunal has ruled that the UK government's snooping on citizens violates EU privacy rules, but the UK may be backing out of that privacy agreement anyway.

Although the past few years since the Edward Snowden revelations have shown that the US government has been part of some rather shady surveillance of its own citizens, the idea to have something on just about everyone in the country isn't one that only took root in America. In fact many of its allies have taken part in similar snooping of their citizens. 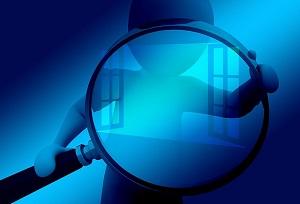 We've heard reports of Australia and New Zealand doing it, as well as Canada, as part of the US-lead “Five Eyes,” coalition, which can be traced back to the close of World War II. In more recent, though hardly less historical times, we now know Britain began a campaign of surveillance that was not only expansive, but recently ruled entirely illegal.

The surveillance in question relates to the collection of what was known as “Bulk Communications Data,” (BCD), which British intelligence agencies GCHQ, MI5 and MI6 began collecting as far back as 1998. The activity relates to things like the electoral register and phone metadata -- the who called who and when, rather than the content of the conversations.

Although the obvious reason for collecting such data was to use it in counter-criminal investigations, a recent ruling by a panel set up to look into British spying -- the Investigatory Powers Tribunal -- stated that none of it was legal, because it breached fundamental human rights to privacy. It highlighted a lack of safeguards and little oversight from higher-ups in any of the related intelligence agencies.

While this news alone left a sour taste in the mouths of privacy campaigners, it gets worse. Along with the BCD, British intelligence agencies began collecting even more data in 2006. This information was known as Bulk Personal Datasets and it covered everything from the contents of communications, to financial activity -- far more private information.

Yet again, no safeguards or oversight were really in place, with commissioners given no real way to vet who was using the surveillance tools or how they were being utilized. Detailed audits weren't conducted either.

While you might expect some big fall out from such a damning ruling by the Investigatory Powers Tribunal, its eventual conclusion is that relevant safeguards were put in place when the various surveillance methods were brought to light by whistleblowing leaks. It suggests no action be taken.

Organizations that helped launch the initial investigation, including Privacy International, have called for heads to roll over this ruling, suggesting that the fact that the tribunal has chosen not to act at this time is quite a coincidence. It comes at a time when the British government is pushing a new piece of legislation forward, known as the Investigatory Powers Bill. It would extend government surveillance powers and even make mass hardware hacking legal. In some cases, even without a warrant if judged to be an emergency by the Home Secretary.

Better yet, the newly appointed (unelected) Prime Minister, Theresa May, who came to power following the previous PM stepping down after the Brexit vote, championed this legislation for years and has recently made a giant push to pull the UK from the European Convention on Human Rights, giving her government control over what its replacement contains.

This, despite the fact that Britain was one of the main architects of the original EU Convention on Human Rights.

The question now is whether the convention's Article 8, which defines the right to privacy, will make it into the new bill.

We welcome your comments on this topic on our social media channels, or [contact us directly] with questions about the site.
Comment  |
Email This  |
Print  |
RSS
More Insights
Webcasts
Key technology trends in 2021 - Making these technologies work for your business
Cybersecurity's Next Wave: What You Should Know
More Webcasts
White Papers
Why Add Security to Your Skill Set and How to Do It
Sunburst: Impact and Timeline
More White Papers
Reports
The Infoblox Q4 2020 Cyberthreat Intelligence Report
2020 State of Cybersecurity Operations and Incident Response
More Reports

CRM Trends 2021: How the Pandemic Altered Customer Behavior Forever Jessica Davis, Senior Editor, Enterprise Apps,  2/18/2021
White Papers
Why Add Security to Your Skill Set and How to Do It
Sunburst: Impact and Timeline
Don't Let the Past Obstruct Your Zero-Trust Future
5G-Enabled Edges of Tomorrow Require Converged Network and Security
Balancing Hybrid Storage as Part of a Hybrid Cloud Data Management Strategy