Guglielmo Marconi And Nikola Tesla
You gotta like Marconi, but you gotta love Tesla.

Guglielmo Marconi is usually credited with inventing the radio and pioneering long distance radio transmission, but Nikola Tesla's work on both was more seminal and farther reaching. For their contributions to wireless telegraphy, Marconi and Karl Ferdinand Braun, another early innovator, won the Nobel Prize in physics in 1909. But because Tesla and Thomas Edison were involved in a pitched battle on the AC/DC front, the Nobel Committee was probably looking for a set of compromise candidates. How pitched was that battle? Edison electrocuted an elephant to demonstrate the "danger" of Tesla's alternating current. An elephant? Weren't there any lawyers around?

Marconi was a first-rate businessman and built a major financial and manufacturing empire. He was a millionaire and tooled around on a luxury yacht. He proved Edison wrong. Edison thought the curvature of the Earth would limit radio transmission to 200 miles, but Marconi caught a break: The ionosphere reflected back electromagnetic waves.

The Supreme Court would later overturn Marconi's patent, in 1943, and award it to Tesla. It didn't hurt Tesla that Marconi was suing the U.S. government for using his patents and, if Marconi didn't really have a patent, the government wouldn't have to pay him a dime. Nor did it hurt that Marconi was a recognized fascist while Tesla, born and raised in the Austrian Empire, had become an American citizen. 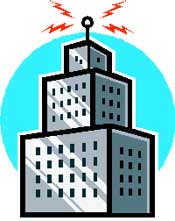 Marconi started out experimenting on ways to use radio waves to supplant wires in sending telegraphy, and by 1902 he had successfully sent a message across the Atlantic Ocean. Radio is everything today -- it powers your LANs, your iPhones, your routers -- which is why Marconi makes our list.

But Tesla? He was a genius' genius. Even though Edison did everything in the world to discredit alternating current, Tesla was right and it took Edison years before he admitted it. Edison's solution would have required a power station every square mile; Tesla's required one every decent-sized city. Which do you think would win?

Edison and his financial backer, J.P. Morgan, counted on first-mover advantage in the hopes that having an installed base would force the issue toward DC. Tesla saw that a better technology would ultimately win.

Edison was also the consummate businessman. He measured his patents based on the amount of money each made. Tesla was into discovering and inventing revolutionary processes. He was ultimately a scientist -- once he discovered something worthwhile, he often lost interest. Half the time he didn't even patent his breakthroughs. (Still, he recorded 700-plus patents.) When told that Marconi had done something amazing with radio transmission by sending the first trans-Atlantic message, Tesla replied: "Marconi is a good fellow. Let him continue. He is using 17 of my patents."

Marconi was a rich kid whose father bankrolled his early experiments. Tesla arrived in New York in 1884 with four cents in his pocket and a letter of recommendation from one of Edison's friends to present to Edison. The letter said: "I know of two great men. You are one. The man you are talking to is the other."

Radar? Yes, it was officially invented in 1935, but 18 years previously, Tesla had outlined how it would work. Tesla pitched the idea to the U.S. Navy, which turned it down. And who was head of R&D for the Navy at the time? Thomas Edison.

X-rays? The official inventor was German physicist Wilhelm Rontgen, but it was Tesla who also warned people that they could be dangerous and who outlined the science years before Rontgen did.

Who built the first hydroelectric plant at Niagara Falls? George Westinghouse and Nikola Tesla. Are you starting to see a pattern here?

Tesla also came up with an idea to provide free electricity for everyone, drawing it from the ionosphere. J.P. Morgan didn't like that idea very much. Morgan was no fool. He saw a great business in generating electricity -- and charging for it. Morgan wanted two horses in the electricity race and backed both Edison and Tesla -- until Tesla started wandering off the reservation.

Global CIOs: A Site Just For You
Visit InformationWeek's Global CIO -- our online community and information resource for CIOs operating in the global economy.
Tesla's IQ might have been several times that of Marconi and Edison combined. He visualized inventions and devices in his mind and then built them.

He was given to hallucinations and seeing "bright spots." When he died, penniless, his papers were mysteriously "misplaced," including one about a "death ray" he had said could bring about world peace.

So with this infrastructure in place, we can begin to see how it all started to come together for the computer, communications and consumer electronics industries. Next up: At last, computers!