50%
Tweet
Bending to pressure from an activist shareholder, Amazon reveals information about its pay equality for males, females, as well as minorities.

11 Tech Jobs That Pay The Most: Glassdoor
(Click image for larger view and slideshow.)

In response to pressure from an activist shareholder, Amazon has disclosed information on its level of gender pay equality. And the results are somewhat surprising.

According to the e-commerce giant, a study conducted by an external labor economist found that Amazon's US workforce of female employees earned 99.9 cents for every dollar that their male counterparts earned for doing the same job, according to a Reuters report. The study also found that minorities brought home 100.1 cents for every dollar earned by white employees who were doing the same job.

Those results are far better than the national average. Women working full-time in either wage or salaried positions earned a weekly median wage of only 83% compared to their male counterparts doing the same work, according to 2014 data from the Bureau of Labor Statistics. However, the data varied based on occupation.

Amazon used an external labor economist to conduct its study and noted that its results are expected to fluctuate from year to year, according to the Reuters report. 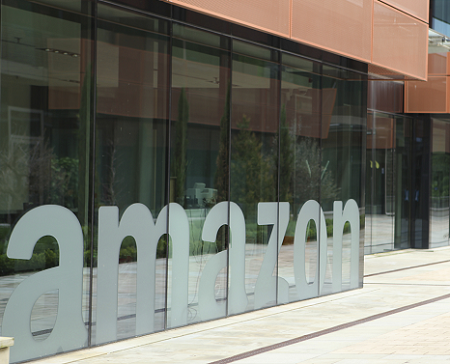 Amazon disclosed its gender pay results only after losing the first round to keep an investors' proposal on this matter from appearing on the upcoming ballot at its annual shareholders meeting.

Arjuna Capital, on behalf of Margherita Baldwin and Michael Baldwin, and Pax World Mutual Funds submitted a shareholder proposal that called for Amazon to report its policies and goals to reduce the gender pay gap by October.  Amazon balked at the notion of having to put the shareholders' proposal on its June ballot, claiming the proposal was too vague. But the Securities and Exchange Commission earlier this month said it disagreed and that the proposal should be included on the ballot.

As a result of the disclosure of gender pay results, Arjuna on Wednesday withdrew its pursuit of the issue to have the matter put before shareholders. In a statement, Arjuna's director of equity research and shareholder engagement Natasha Lamb said:

We are pleased Amazon is stepping up in response to investor concerns about gender pay equity. Given Amazon's disclosure, we will withdraw our shareholder proposal, asking the company to report on its policies and goals to close the gender pay gap, which would otherwise go to a vote of shareholders at the annual meeting in June. What we know is that a 'trust me, women are paid fairly' approach is not enough, and a defensive approach to gender pay equity will not solve the problem. At the current rate of change, the gender pay gap is not expected to close for another 40 years.  This is not only bad for society, it is bad for business. Fostering gender diverse teams leads to more innovative better performing companies. Companies can and should commit to closing the gender pay gap, as Amazon has done today. But it won't happen without bold leadership.

Arjuna also announced Thursday that Expedia is planning to provide its policies and goals about addressing the gender pay gap by October.

Intel and Apple have already done likewise in response to Arjuna's requests. Amazon has been the only company so far that has put up a fight with Arjuna's request to disclose its gender pay gap, a Bloomberg report noted.

Amazon had been slow overall address its diversity figures in a public forum. Besides initially wanting to forgo having to disclose its gender pay gap policies, the company was also slower than its tech company peers to disclose its diversity numbers, according to a Gigaom report.  Amazon, however, now shares its ethnic and gender demographics on its diversity page.

Amazon did not respond to a request seeking comment.

Dawn Kawamoto is an Associate Editor for Dark Reading, where she covers cybersecurity news and trends. She is an award-winning journalist who has written and edited technology, management, leadership, career, finance, and innovation stories for such publications as CNET's ... View Full Bio
We welcome your comments on this topic on our social media channels, or [contact us directly] with questions about the site.
Comment  |
Email This  |
Print  |
RSS
More Insights
Webcasts
Cloud Security Threats Enterprises Need to Watch
Linking, Orchestrating, and Managing Your Enterprise Security Systems
More Webcasts
White Papers
[Exclusive InformationWeek IT Trend Report] The Cloud Gets Ready for the 20's
Definitive Guide to Securing DevOps
More White Papers
Reports
Can You Spare 10-12 Mins to Help Us Out with a Survey on Tech Trends?
Got 7 Minutes? Dark Reading Needs Your Help With Our Survey on Incident Response
More Reports