1 Comment
Comment Now
A recent survey delves into the IT positions that CIOs say are in demand for the first half of the year, and finds the major cities that are most likely to win with these expansion plans. 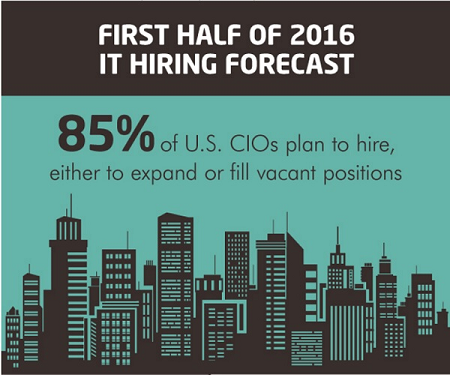 Eighty-five percent of CIOs surveyed said they plan to hire in the first half of 2016, with 22% planning to add more staff, said John Reed, senior executive director of Robert Half Technology, in an interview with InformationWeek. In the first half of 2015, 87% of those surveyed said they planned to expand or fill vacant positions with 19% adding more roles to their teams. There has been relatively steady growth year-over-year for technology teams in terms of adding more staff and not just filling existing vacancies across the US, he said.