With a cheerful "Game On," Gartner CEO Gene Hall welcomed those who were attending Gartner CIO Symposium, as well as the Age of the Algorithm.

Digitalization is ushering in new demands on CIOs. Digitalization, Gartner claims, is already providing $1 trillion to the global economy and growing. Behind all of this new economy isn't data, but algorithms.

And if you're still thinking about data, you're behind the curve.

But once you get through the hype, he said something that really should scare CIOs and change the way they think. 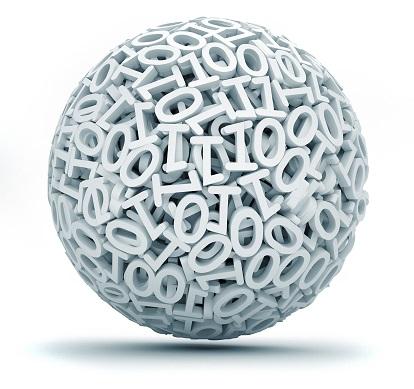 "If the most important thing you offer is data," Sondergaard said, "you are in trouble. Big data is not where the value is. Data is certainly necessary, but it is transient. By itself it is not transformative. The organization can view you as the data keeper, but anyone can store data. Anyone can hire someone to store data and even analyze it. Data is inherently dumb. It doesn't do anything unless you know how to use it and act with it. Algorithm is where the real value lies. Algorithms define action."

While a lot of CIOs can say they are in charge of the enterprise's data, fewer can say they have a handle on its algorithms. Most don't even view their business that way. They're still thinking in terms of storing and providing data, and if they're lucky (or advanced), in providing apps to customers using that data.

However, because of cloud and digital assistants, consumers and end-users are turning away from apps toward algorithms without even necessarily knowing it, Sondergaard said.

"By 2020," Sondergaard said, "smart agents will facilitate 40% of interactions. Consumers will forget apps. The post app era is coming. By 2020, Microsoft's strategy will be centered on Cortana instead of Windows."

The algorithm business, at least according to Gartner, is fundamentally different. It is a business where giving away your product makes sense. Frank Buytendijk, Gartner vice president and distinguished fellow, gave us a framework for the new algorithm economy: "Give. Take. Multiply."

The algorithm economy is about the "density of contact" with "your business at the center of a network." Whether you are talking a web of customers or a Web of millions of devices or "things," your business is a network of algorithms interacting together. When possible you want to "give" these algorithms away.

"It is the business reality of the 21st century," Buytendijk said, "Tesla has shared its patents on superchargers, because Tesla believes if others invest, we all benefit. Tesla is not altruistic. If others invest, superchargers improve. Tesla also benefits if people adopt their standard. And now Ford and Toyota have followed suit and opened up many of their patents." 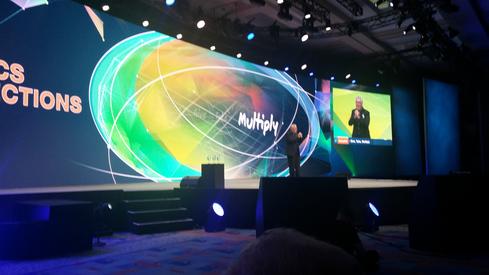 Buytendijk stressed he isn't asking people to release everything. If your company, for example, hinges on the secret recipe of your product (like Coke), you don't throw it out there. "But every organization has some information or capabilities that are worth sharing rather than keeping to themselves," said Buytendijk.

Of course, if everyone is giving, you can also take what is available in the marketplace of algorithms. There are so many sources of information. Buytendijk gave the example of quantified-self data: "I have so many sensors on me and around me, I am worried the only thing that is not smart around me is actually me. What sensors are out there already you can tap into and show their value?"

It is this give-and-take where the magic happens, according to Gartner.

"Once you can give and take, the power scales exponentially," said Buytendijk, "The value of things [is] only multiplied if they interact. The goal is to create a tightly woven fabric, a mesh of connections. This is when they have the factorial effect. Every connection has the potential to create value."

It is this magic of giving and taking algorithms that will power the future economy. "The algorithmic economy will power the Internet of Things, "said Sondergaard, "Products will be defined by the power of their algorithms. In a few decades we will not believe we allowed a 16-year-old to control a 4,000 lb. vehicle hurtling down a highway at 60 miles per hour."

[Of course, not everyone is happy about the age of algorithms. Read A Day Without Algorithms.]

The argument that algorithms are vital to the Internet of Things and to using data in the future is fairly clear. If you believe in the magic of network effects, you can probably see the value of sharing them. But where does the CIO come in?

The CIO needs to become the keeper of the algorithm. According to Sondergaard you can start with three easy steps:

Of course, as usual, this means a changing nature in the role of the CIO, but you're used to that by now. What it means, more than anything, is a change in the way you think of data. Data is not your goal. Even making it useful to the enterprise isn't your goal. The algorithms you use to make use of the data and the competency around those algorithms will be what you use to transform the business.

David has been writing on business and technology for over 10 years and was most recently Managing Editor at Enterpriseefficiency.com. Before that he was an Assistant Editor at MIT Sloan Management Review, where he covered a wide range of business topics including IT, ... View Full Bio
We welcome your comments on this topic on our social media channels, or [contact us directly] with questions about the site.
Comment  |
Email This  |
Print  |
RSS
More Insights
Webcasts
4 Practical Tips for Building a Data Lake
Multi-Cloud Data Management for Modern Applications
More Webcasts
White Papers
Guide to Enabling 5G Deployments
Top Serverless Security Risks and How to Mitigate
More White Papers
Reports
Gartner's Top 9 Security Trends in 2020
The State of Endpoint Security
More Reports

@SaneIt- Definitely true. and No doubt that would be Gartner's advanced advice for CIOs who already have a handle on the algorithms. My admittedly personal view of the response from CIOs there was "wait, we're in charge of what now?"
Reply  |  Post Message  |  Messages List  |  Start a Board
InformationWeek Is Getting an Upgrade!