10 Apple Acquisitions: What Do They Mean? - InformationWeek

Apple has a habit of buying tech companies. Let's look at its most recent acquisitions and in what ways each might enhance the company's future. 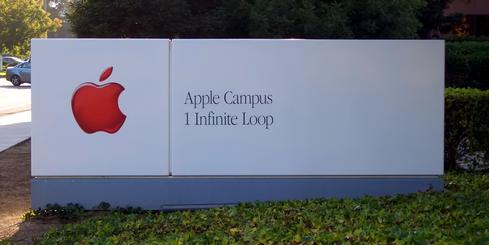 "Apple buys smaller technology companies from time to time, and we generally do not discuss our purpose or plans."

This is the response that most people receive when they reach out to Apple spokespeople in an effort to confirm rumored acquisitions. Most of the time, Apple has a zipped-lips approach to discussing its purchase history. The company prefers to wait for the news to surface through the media or otherwise.

As of May 3, 2014, Apple had completed 24 acquisitions in the preceding 18 months, said CEO Tim Cook in an earnings call around that time. "That shows that we're on the prowl, I suppose you could say," he noted.

"On the prowl" seems like an understatement, given that Apple has not halted its buying spree since then. Almost one year later, the company has snapped up firms focused on big data, mapping technology, display production, and digital publishing. "We look for companies that have great people and great technology and that fit culturally," said Cook in that May 2014 earnings call.

[Some Apple Watch customers will get VIP treatment.]

Apple's long list of acquisitions over the past year range from Beats Electronics to analytics-powered book recommendation tool BookLamp. Such businesses provide both technology and talent that enable Apple to expand and improve on its vast collection of products and services.

While price isn't much of an issue for Apple, that doesn't mean it's willing to pay exorbitant amounts for every firm that comes into its possession. "We'll spend what we think is a fair price," Cook said in 2014. "What's important to us is that strategically it makes sense and that it winds up adding value to our shareholders over the long haul."

When it comes to Apple, the tech world is always talking, so it's no surprise that supposedly secret purchases have made their way into the spotlight. We discuss 10 that have surfaced over the past year and how they might help to shape the future of Apple.

Given the chaos that is the Apple rumor mill, there's a chance we may have overlooked a purchase or two in this roundup. If you know of anything we missed, feel free to mention it to us in the comments section below.

Apple has so much cash at hand that they can buy as many companies as they want. Some may be strategic additions to business, others might be nothing else than financial investments or means to obtain talent. I bet there are also a number of acquisitions that seemed good, but really are irrelevant. Apple can care less if they sack a few flops.
Reply  |  Post Message  |  Messages List  |  Start a Board

Apple's interest in Foundation DB seems to point to a recognition that it needs to do more to make its cloud services competitive.
Reply  |  Post Message  |  Messages List  |  Start a Board
InformationWeek Is Getting an Upgrade!