Which issues are keeping CIOs and other IT leaders up at night? According to the latest IT Trends Study by the Society for Information Management, to be released publicly in October, their No. 1 priority/worry is securing their enterprises against attacks and leaks -- no surprise given the rash of breaches at Target, eBay, Michaels, Home Depot, Montana Department of Public Health, and other organizations. CIO priority No. 2 is finding and hiring talented people, followed by the age old "aligning" IT with "the business."

Three of the other top 10 CIO priorities, according to the SIM survey, all have to do with speed: IT time to market (No. 4), velocity of change in IT (No. 7), and velocity of change in business (No. 9). As lead researcher Leon Kappelman joked on a call in which he laid out highlights of the survey: "They used to say that speed kills. I don't think you can say that anymore."

Which survey results were most surprising to Kappelman? Besides the compelling need for speed, he was initially surprised by how much money IT organizations are spending on data center infrastructure (the second biggest investment bucket after analytics and business intelligence) and on internal/external cloud services (including the related work of integrating them with legacy systems -- "putting lipstick on that pig," as he put it). 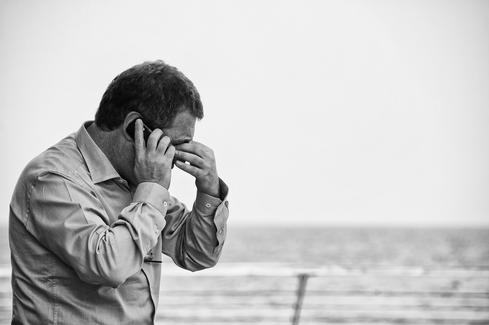 Kappelman also noted that CIOs are now measured mainly on business criteria (the top four measures are value of IT to the business, IT's contribution to strategy, internal and external customer satisfaction, and innovative new ideas) more than technology criteria (Nos. 5 through 7 are system availability, projects delivered on time, and IT cost controls). And what do survey respondents consider to be the top skills for CIO success? Not technical ones. The top 10 are leadership, people management, strategic planning, decision making, oral communications, collaboration, emotional intelligence, honesty, business analysis, and change management.

Kappelman said the survey produced "amazing data" on what CIOs do day in and day out. CIOs responding to the SIM survey reported spending more than 41% of their time, on average, on business-oriented areas such as evangelizing IT and business contributions, serving the needs of customers, managing change, and conducting business research, while spending 36% of their time on IT personnel-related matters and 18% on IT/business strategy.

One area that Kappelman thinks is getting a bit "passé" is IT-business alignment, which survey respondents rated -- for the umpteenth straight year -- the No. 1 priority for their enterprises as a whole (the CIOs themselves consider it their No. 3 priority). Some 81% of survey respondents said they either strongly agree or agree with the premise that "IT is aligned with the business" at their enterprises. So why is it even an issue in this day and age?

InformationWeek has argued that a better CIO goal is IT-customer alignment, as it's more focused on an end goal -- business value and customer satisfaction -- than on internal mechanics. Kappelman seemed to agree: "The 'alignment' measure has always bothered me because it's an us vs. them thing. IT is the business. IT leaders think: I'm a business person, not an IT person. It could mean we need a new definition of the measure."

Joe Tait, CIO of Lydall, a maker of specialty engineering products and materials, chimed in on the call to say he prefers the term "embedded." Do financial and other execs need to get "aligned" with their business colleagues? he asked rhetorically. Now that the IT profession is about 40 years old, Tait added, perhaps it's time to move on. He noted that Lydall embeds IT people into its factories and other operations, as well as with customers. "It helps us walk in lockstep with our business customers," Tait said.

Among other highlights of the SIM survey:

This year's SIM IT Trends Study is based on 1,002 responses from IT leaders at 717 companies and organizations. It's the largest sample size since the survey began in 1980. Those enterprises have an average revenue of $5.6 billion and an average IT budget of $288 million.

Rob Preston currently serves as VP and editor in chief of InformationWeek, where he oversees the editorial content and direction of its various website, digital magazine, Webcast, live and virtual event, and other products. Rob has 25 years of experience in high-tech ... View Full Bio
We welcome your comments on this topic on our social media channels, or [contact us directly] with questions about the site.
Comment  |
Email This  |
Print  |
RSS
More Insights
Webcasts
Building an Incident Readiness and Response Playbook
Getting the Most from Threat Intelligence
More Webcasts
White Papers
NetFlow vs Packet Data
[Exclusive InformationWeek IT Trend Report] The Cloud Gets Ready for the 20's
More White Papers
Reports
Can You Spare 10-12 Mins to Help Us Out with a Survey on Tech Trends?
Got 7 Minutes? Dark Reading Needs Your Help With Our Survey on Incident Response
More Reports

As I think back on all the profiles I've written about InformationWeek 500 and (now known as) InformationWeek Elite 100 winners, I can't think of any that viewed the business as "the customer." Don't think "we're helping the business solve X problem." Your mantra should be "we are the business," and any business challenge is challenge for everybody in the organization.
Reply  |  Post Message  |  Messages List  |  Start a Board

it depends on the point of view or the way solution get presented to the customers...
Reply  |  Post Message  |  Messages List  |  Start a Board

You bring up some interesting numbers here. I think that it is a good trend. If you are in business serving, selling to or working with people you should invest in people inside and outside the organization.
Reply  |  Post Message  |  Messages List  |  Start a Board

could not agree more interesting and educational... many thanks
Reply  |  Post Message  |  Messages List  |  Start a Board

Here's another article on why "alignment" doesn't cut it anymore for CIOs: http://www.informationweek.com/strategic-cio/digital-business/cio-of-the-future-in-one-word-fast/a/d-id/1307006
Reply  |  Post Message  |  Messages List  |  Start a Board

"No. 1 priority/worry is securing their enterprises against attacks and leaks -- no surprise given the rash of breaches at Target, eBay, Michaels, Home Depot, Montana Department of Public Health, and other organizations. CIO priority No. 2 is finding and hiring talented people, followed by the age old "aligning" IT with "the business.""

Rob, there is no doubt that these two are major worries with most of the companies. Safeguarding their data is not an issue if it's residing in their own premise, but it's a concern when moving out of the campus or to cloud. Manpower is not a major issue, but when it comes to talent and requires skills its big issue.
Reply  |  Post Message  |  Messages List  |  Start a Board

Pleasantly surprised to see spending on education and training on the rise. It's an easy area to skimp on, but training people in new skills who already understand your customers and business and culture pays off.
Reply  |  Post Message  |  Messages List  |  Start a Board

"Pleasantly surprised to see spending on education and training on the rise. It's an easy area to skimp on, but training people in new skills who already understand your customers and business and culture pays off."

It is interesting that no's 4,7 and 9 are about speed / change. One might argue that constant, continuous, disruptive change has been the 'new normal' since the 1990's and emergence of the Internet and instant, 7 by 24 connectivity. Unfortunately, as Dr. of Psychology Heidi Grant Halvorsonpointed out in 2011,"The bottom line is, unconsciously we all believe that longevity = goodness. People have a very reliable and tangible preference for things that have been around longer. " That flies in the face of techno-change.

Carnegie Mellon, MIT, Stanford, Cal Berkeley have been minting techno-capable MBAs for over 50 years. That may have partially solved the 'CIO with business skills ' problem, but what about specifically 'managing change' ? A quick googling tells us that Harvard, Michigan State and NYU's Stern school do indeed offer chane management courses ( hmmm.. but can someone teach it who has never lived it, jsut studied it ? ).

The other bottom line: I think business schools AND techno / engineering schools need to change and offer techie / IT types the business skills and advanced degrees they now need ( and possibly vice versa ), and they need to change faster. It is time for Moore's Law to light a fire under academia.
Reply  |  Post Message  |  Messages List  |  Start a Board
Editors' Choice
Hot Topics