The $67 billion deal between Dell and EMC is on track for approval. However, Dell needs to finance the acquisition, and it may sell its Perot Systems division to raise $5 billion, according to several reports.

When Dell announced its $67 billion takeover of EMC in October, one of the details of the deal was that EMC would have a 60-day period to shop itself around to see if another suitor wanted to pay more than Dell offered.

With the deadline having passed on Saturday, Dec. 12, no other offers seem to have come in, which means the merger of Dell and EMC is moving ahead.

The megadeal is scheduled to close sometime between May and October of next year. Of course, EMC shareholders and the regulators still have to weigh in. However, most industry observers and financial analytics don't see that as a problem.

Now, it's just a matter of financing the deal. Specifically, Dell has to try to finance the acquisition in the face of potential Federal Reserve rate hikes, which could kick in later this year or in early 2016.

There are challenges involved in this financing plan in any case. The biggest one is a tracking stock that Dell would issue to VMware stockholders as part of the deal. How the IRS views this stock creation (a tax-free exchange or as share distributions) may create a $9 billion tax liability affecting it.

Re/code reports that Dell is looking to sell Perot Systems for about $5 billion in order to raise money for the acquisition. This agrees with a previous Reuters report that said Perot was being shopped around, aided by Citigroup.

A Dell spokesman emailed the following response on Tuesday: "Proxies filed yesterday discloses that there are divestitures under consideration, but we don't have anything further to say. We are not going to comment on speculations published by Re/code and other publications."

Re/code cites unnamed sources in the report who report that Dell has approached a number of IT consultancies such as Tata Consultancy Services, an India-based technology consulting and services firm; Atos, a French IT outsourcing firm; Genpact, an IT services firm based in New York that was formerly part of GE; and CGI, a Canadian IT firm. 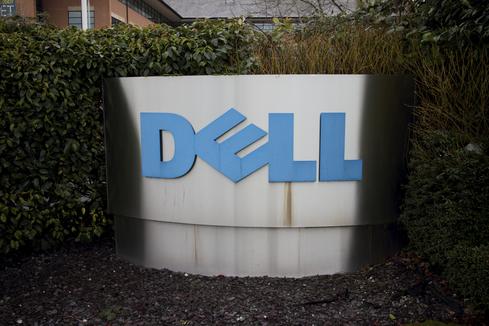 These same sources say that talks with TCS were at an "advanced stage" earlier in December, but ended when the two parties couldn't agree on a price.

It is extremely interesting, if true, that the companies thinking about buying Perot were all non-US firms. Perot Systems works very closely with the US government in providing services. It may be that buyers, because of their foreign status, might have feared loss of this business for national security reasons.

[Read more about Michael Dell and the deal for EMC.]

Perot is considered a non-core part of Dell, and its sale could be very useful in reducing the cost of the takeover. Re/code also reports that Perot was shopped around three months ago, which was before the EMC deal was announced. Acquired in 2009 for $3.9 billion, the 20% premium relative to that price that Dell placed on the business may have scared off buyers.

Dell will have to sell other parts of its empire as well to make this deal work. Quest Software and SonicWall, both acquired in 2012, are thought of as non-core assets likely to be sold to help raise some cash. Earlier in December Reuters also reported that unnamed sources said that Dell was shopping those two companies for $2 billion each.

Editor's note: This article was updated to include a comment from a Dell spokesman.

Larry Loeb has written for many of the last century's major "dead tree" computer magazines, having been, among other things, a consulting editor for BYTE magazine and senior editor for the launch of WebWeek. He has written a book on the Secure Electronic Transaction Internet ... View Full Bio
We welcome your comments on this topic on our social media channels, or [contact us directly] with questions about the site.
Comment  |
Email This  |
Print  |
RSS
More Insights
Webcasts
Making XDR Work in Your Enterprise - May 12
Multi-Cloud Data Management for Modern Applications
More Webcasts
White Papers
A Decade of Passive DNS
New Cybersecurity Paradigm
More White Papers
Reports
Dark Reading Report: Battle for the Endpoint
Intelligent Outcomes Are Key to Business Resilience
More Reports