FTD's CTO Powell on Transforming and the Next New Normal - InformationWeek

One year after joining the 110-year-old company, Powell talks about the floral ecommerce retailer's revamp of its infrastructure.

With his first year under his belt as CTO of wire service and wholesaler FTD, Matt Powell is looking at more than just a post-pandemic future.

Along with other changes at FTD, Powell became CTO in April 2020. As a company that traces its origins back more than 110 years, FTD is on its latest evolution that includes new technology and data architecture. For example, FTD adopted FullStory’s analytics and insights platform to update the digital experience for its customers. Agata Bugaj, vice president of product with FullStory, says her company’s tools help companies such as FTD as they work through their digital transformation. “When companies are going through a change as large as FTD, they’re looking for certain things in a platform as well as a partner,” she says. “They’re looking for the ability to have complete datasets. They’re looking for platforms that can be used across teams.” 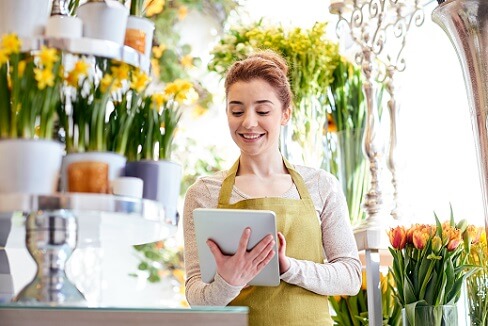 Leveraging FullStory has been part of the broader plans Powell and the rest of FTD’s current leadership put in motion to continue the company’s evolution.

Where did things stand with FTD’s digital landscape when you joined the company and what new directions have you laid down for the future?

This is my one-year anniversary. I was hired by Charlie Cole, the new CEO, who started the week before I did. We’re part of a new management team brought in to invigorate FTD following the bankruptcy and acquisition. Coming out of bankruptcy and prior to my arrival, FTD was, from a tech standpoint, in survive and react mode without a clear and comprehensive vision for the role of technology in the business.

Much of the stack was applications running on premises in the data center and building that we own outside of Chicago. Applications that in the modern world wanted to be SaaS were instead older, client-server patterns. From a culture point of view, systems and applications rather than users were the focal point for IT operations and solutions. It really wasn’t a human first kind of approach.

The good news was real progress had been made on building a modern, cloud-based platform for the future on all the latest buzzwords: Kubernetes, microservices, and GCP (Google Cloud Platform). That work was incomplete and had become a little stuck because of work that began pre-bankruptcy. It was also designed for a different company. FTD of that era was two years into the purchase of a portfolio of drop-ship businesses that included ProFlowers, which is still part of us, but also Shari’s Berries and other brands. The good work that had been done toward platform modernization was operating against the wrong brief.

My challenge was to look at everything -- the really old stuff that existed and think about how we modernize it. The modernization work that had been done and thinking about how we recast it for the new future. And also, how to make the cultural changes necessary to move the user to the center of the discussion. When we think about the technology strategy now, our singular focus is on serving, enabling, and empowering the user.

Our vision is to be the preferred platform for each and every one of our users -- so the easiest place to buy gifts, the most efficient platform for our florist small business partners, the fastest possible integration environment for the partners that interface with us on machine-to-machine basis, and the most powerful and intuitive tool for employees.

With the legacy systems that were in place, what pain points did you have to address the most in order to move forward?

One of the parts of the new FTD, when it was acquired as part of the restructuring, was to move to an asset-light model. FTD used to run distribution centers, as an example. We got away from that into a different way of doing the parts of the business that are drop shipped. One of the things that I brought to the IT discussion is, we need to have an asset-light approach there as well.

When you look in our data center, a significant portion of our orders when I arrived were running through that building. Then you start thinking, if I’m going to do that, I have to either modernize that data center or move all that hardware to a modern data center. That’s expensive. Particularly at the scale we operate. We had thousands of virtual machines, terabytes of storage. The storage array we have was filling up. You have two choices here. I can go asset-heavy and modernize this with a bunch of hardware. I don’t think that strategically aligned with the asset-light model.

You’re able to consume workload that you need on an on-demand basis, so we wanted to move to that kind of model. That meant planning an effort to pick up our virtual machines and migrate them into the cloud. That meant looking at our data storage environment. We’ve got most of our data in an on-prem enterprise data warehouse. But we’ve also got this beachhead in BigQuery at GCP (Google Cloud Platform). Which of those systems is the one you want to bet on for the future? So, you start making some hard choices about how to begin to move away from one environment and toward the other. That leads to other things. You start looking at different BI (business intelligence) tools that are built to go cloud-first. You start thinking about technologies like Looker that Google owns and newer technologies like our partner SoundCommerce, who operates as a scaffolding in the BigQuery environment for ecommerce retailers like us to bring some analytics to bear.

For the rate of change we want to drive, do we want to own or rent hardware based on our needs? You begin to chart a course toward an environment where you can rent and benefit from everybody else’s upswing.

Going from pre-pandemic to now, what are you aiming towards for the next new normal?

For FTD, the pandemic has been a bit of a tailwind. It’s driven ecommerce overall, gifting specifically. Initially, FTD was figuring out how to go remote very quickly. That started before I got here. FTD was a week into shelter-in-place before I arrived. My task was to figure out how much of that do we keep versus how much that was going to change. We think about this as a management team overall. We don’t know all the answers yet but we’re increasingly finding comfort with the idea that we’re never going back to the way it was before, at least in total. We’re definitely not going back to a world where everyone is expected to be at their desk every day in the same place. We also know we’re not going to a place where no one is ever at a desk. Between those two things, we don’t know.

What we keep thinking about is how can we provide better quality of life for our employees by being really great at remote and how can we be more efficient in terms of being asset-light?

Digital Transformation: How Leaders Can Stand Out

Does Identity Hinder Hybrid-Cloud and Multi-Cloud Adoption? Joao-Pierre S. Ruth, Senior Writer,  4/1/2021
White Papers
5 Steps to Perimeter-Less Security: Adopting a Zero-Trust Model
The Essential Guide to Securing Remote Access
Cloud Threats Are Different, Your Security Should Be Too
2021 Application Security Statistics Report Vol.1
The Five Major Security Pitfalls of WFH and How to Solve Them