Gartner: IT Spending Will Top $3.5 Trillion In 2016 - InformationWeek

In a new report, Gartner finds that worldwide IT spending will top $3.5 trillion in 2016. However, spending on devices and telecom services are still expected to decline as major players in the world economy struggle with growth headwinds.

After a sluggish year or information technology spending in 2015, worldwide IT investment is likely to grow 0.6% this year to reach $3.54 trillion dollars, according to a new report from Gartner.

In its Jan. 18 report, Gartner researchers analyzed technology trends across the hardware, software, IT services, and telecom markets, and concluded that that it will take to 2019 to reach the IT spending levels the world saw in 2014.

Last year saw the largest US dollar drop in IT spending since Gartner began tracking IT spending, with a $216 billion spending drop from 2014 to 2015.

"The rising U.S. dollar is the villain behind 2015 results," John-David Lovelock, research vice president at Gartner, wrote in Monday's report. "U.S. multinationals' revenue faced currency headwinds in 2015. However, in 2016 those headwinds go away and they can expect an additional 5 percent growth." 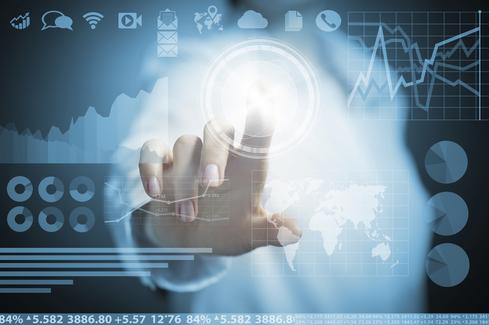 Global enterprise software spending is on pace to total $326 billion, a 5.3% increase from 2015. However, the report warned organizations in Brazil, Russia, and other troubled regions should be looking to balance cost cutting with growth opportunities during times of economic concern.

Specifically, accelerating momentum in cloud infrastructure adoption and buyer acceptance of the cloud model is helping to boost the services market this year, according to Gartner.

Data center system spending is projected to reach $75 billion in 2016, a 3% increase from 2015, with the server market poised to record the largest change since the previous quarter's forecast.

At the same time, ultra-mobile premium devices are expected to drive the PC market forward with the move to Windows 10 and Intel Skylake-based PCs.

However, Gartner predicted a reduced speed of adoption of ultra-mobile devices over the forecast period, forecasting that buying in Eurasia, Japan, the Middle East, and North Africa will move away from these relatively more expensive devices in the short term.

Spending on telecom services, which will be negatively affected by the abolition of roaming charges in the European Union and parts of North America, is projected to decline 1.2% in 2016, with spending reaching just under $1.5 trillion.

The device market, which includes PCs, mobile phones, tablets, and printers, is also expected to take a hit, with worldwide spending falling 1.9% this year, as some of the world's major economies, including Japan, struggle to return to growth.

Other factors affecting the device market include shifts in phone spending to lower-cost phones in emerging markets, as well as weak tablet adoption in regions where there were expectations of growth.

The Gartner forecast follows a report released earlier this month by Computer Economics indicating that, after four years of steadily increasing growth, IT operational budgets appear to be growing at a slower rate for this year.

The study, based on projections of IT spending plans by 86 organizations in the US and Canada, indicated that IT operational budgets will grow about 2% over the next 12 months.

Nathan Eddy is a freelance writer for InformationWeek. He has written for Popular Mechanics, Sales & Marketing Management Magazine, FierceMarkets, and CRN, among others. In 2012 he made his first documentary film, The Absent Column. He currently lives in Berlin. View Full Bio
We welcome your comments on this topic on our social media channels, or [contact us directly] with questions about the site.
Comment  |
Email This  |
Print  |
RSS
More Insights
Webcasts
Unifying Your Endpoint Security Strategy
An Enterprise Guide to Web Security
More Webcasts
White Papers
Ransomware, the Exploding Cyber Threat
The 2021 Security Outcomes Study
More White Papers
Reports
SANS Institute Survey: The State of Cloud Security
Forrester Report: The Total Economic Impact Of Bizagi's Low-Code Intelligent Process Automation Platform
More Reports

I wonder if the forecast takes the current collapse in China and subsequent stock market plunge into account. I would think not.  But it is possible for things to rebound later in the year.
Reply  |  Post Message  |  Messages List  |  Start a Board
InformationWeek Is Getting an Upgrade!