ICANN: Reforms Needed Before US Hands Over Control - InformationWeek

50%
Tweet
US Senator Mark Warner (D-Va.) says we must still address questions about accountability and transparency to ensure an open, secure, stable Internet.

The FCC recently received more than 3.7 million comments on its proposed rules to govern how Internet providers will treat traffic on their networks. However, there's another pivotal discussion happening that could turn out to have an even bigger impact on how the Internet will be governed. Much of it boils down to how the international Internet community will oversee web addresses and domain names and how well it will protect the principles of a secure, stable, and open Internet.

ICANN (the Internet Corporation for Assigned Names and Numbers) is at the heart of this question, as well as the Internet's architecture. ICANN is currently overseen by the National Telecommunications and Information Administration (NTIA), which is part of the US Department of Commerce. ICANN's charge is to manage the domain name system (DNS) and make sure that, when you type in www.senate.gov, you're actually routed to www.senate.gov.

The NTIA administrator announced in March that it would begin moving control of this architecture to a global, multi-stakeholder community as soon as Sept. 15, 2015, when ICANN's contract with the Department of Commerce is up for renewal. This move would fulfill the NTIA's longtime commitment to making the Internet a truly global resource. 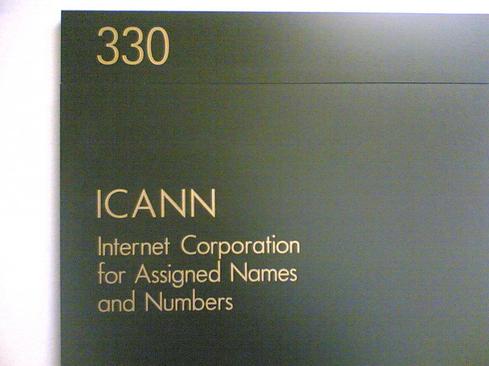 While the move toward governance of the Internet by its users is laudable, many have expressed concerns about the speed of this transition. My strong belief is that 2015 is too soon. This should be a deliberative and democratic process to guarantee that ICANN will remain a neutral body.

Basic questions must still be answered. For example, without the current oversight provided by the US, who will hold ICANN accountable for its decisions? How will the public be informed about how ICANN makes policy? How will its membership be vetted to ensure that nations are represented appropriately, and that technical experts are always present? Following the NTIA's announcement, I wrote a letter to the NTIA expressing some of those concerns. However, questions remain unanswered.

For nearly two decades, the DNS has been a model of reliability -- something all of us take for granted. But if it were to fail to function correctly, it would be a disaster. It's imperative that the NTIA use its oversight capabilities to see that ICANN adopts real reforms with clear enforcement and dispute-resolution mechanisms. ICANN needs to demonstrate that it is ready -- and that it will remain a capable, responsive, and independent guardian of the Internet's infrastructure long into the future -- before the NTIA turns over the keys.

To ensure that ICANN is able to fulfill its responsibilities, major expert and industry groups have endorsed common-sense reforms. The International Chamber of Commerce, the Center for Democracy and Technology, and the Information Technology and Innovation Foundation, among others, advocate for placing ultimate authority over ICANN and the DNS in the hands of the global multi-stakeholder community. This broad coalition also supports enacting strong protections against foreign governments that may want to take control of the Internet, such as preventing government officials from serving on ICANN's boards or staff. We also should insist on enforcing transparency through independent audits and the publication of meeting transcripts. Taken together, these proposed reforms represent a thoughtful, comprehensive approach to transferring responsibility to ICANN.

As the transfer of authority moves forward, my Senate colleagues and I will be watching to see that the proposal sent to the NTIA implements strong reforms like these. Otherwise, we will urge that it go back to the drawing board.

It doesn't matter whether your e-commerce D-Day is Black Friday, tax day, or some random Thursday when a post goes viral. Your websites need to be ready. Get the new Battle-Tested Websites issue of InformationWeek Tech Digest today (free registration required).

Mark Warner was elected to the US Senate in 2008 from the Commonwealth of Virginia and served as governor of Virginia from 2002 to 2006. Before entering public office, Sen. Warner was managing director of Columbia Capital, a venture capital firm that invested in hundreds of ... View Full Bio
We welcome your comments on this topic on our social media channels, or [contact us directly] with questions about the site.
Comment  |
Email This  |
Print  |
RSS
More Insights
Webcasts
Business Continuity with Contact Tracing
[Dark Reading Virtual Event] Your Crash Course on Cyber Attackers
More Webcasts
White Papers
DevOps for the Database
Guide to Online Security During Unstable Times
More White Papers
Reports
The ROI Of SD-WAN: Not Just A Numbers Game
How IT Security Organizations are Attacking the Cybersecurity Problem
More Reports

There are SO many ways this can go wrong, and no way to keep it non political long term. I agree in principle in a multi national oversight setup, but the devil is in the details. I believe that this article is on track, and would say that it only covers the tip of the iceberg. If DNS ain't happy, ain't nobody happy.
Reply  |  Post Message  |  Messages List  |  Start a Board
Editors' Choice
Hot Topics