IoT: Can It Bridge The Digital Divide To Fulfill Its Promise? - InformationWeek

The Internet of Things could be key in helping with problems with infrastructure, transportation, pollution, and general quality of life. But, first, access is needed.

One of the most interesting presentations during the IoT Solutions World Congress in Barcelona last month was about the impact of the digital divide on the growing urban population, and how IoT could be a game-changer in helping people and governments bridge those differences in access to technology.

Sath Rao, global VP of convergence growth innovation at Frost & Sullivan, gave a comprehensive overview of current internet penetration, the challenges of demographics and urban growth, and the issues of sustainability associated with those challenges.

In 2014, 54% of the world population lived in cities, mostly in developed countries. That number is projected to grow to 67% by 2030, with African nations making the biggest shift, Rao said, citing figures from the WTO and the UN, and analysis by Frost & Sullivan.

That migration to cities has already created immense problems with infrastructure, transportation, pollution, and general quality of life. We all have seen pictures and videos of pollution and overcrowding in Chinese cities, for example, and big-city slums in countries such as India and Brazil.

Internet access and digital skills are key to unlocking the potential of the IoT, which can help with those challenges. Applications such as telecommuting, virtual meetings, app-based public transport, smart cars, smart logistics, smart buildings, and smart appliances can help curb emissions and provide more sustainable urban growth.

"As of 2014, 60 percent of the global population did not have access to internet, and 56 percent out of this 60 percent belonged to emerging countries," according to the Frost & Sullivan website. "Given the benefits that developed economies derive from proliferation of internet, bridging this digital divide is a pressing global challenge necessitating enhanced public-private collaboration."

In some countries, access to the Internet is extremely problematic because the population is largely rural. Rao pointed to Sri Lanka as an example of a society where over 80% of the population lives in rural areas, a rate that has not been reduced in the past 40 years. 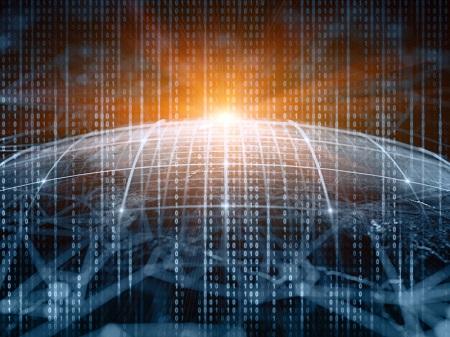 Deploying the infrastructure necessary to bridge the digital divide using traditional wired technologies, such as digital phone lines or fiber, is economically impossible. That's why initiatives such as Google's Project Loon, which the company describes as "balloon-powered internet for everyone," could help populations get online access even in the remotest location. Google is already working with the Sri Lankan government to make this happen.

European countries and the US are facing different challenges, especially related to aging populations. In Europe, the issue is not lack of IT infrastructure or communications, but how to make sure that the infrastructure is constantly improved in order to provide the necessary resources for new applications. Those include new advances in telemedicine, which is critical for managing chronic diseases; transportation, such as self-driving vehicles; and the growing number of connected devices, which will require much faster Internet connections and wireless infrastructure.

Some countries are already moving toward fully embracing the internet to manage their inner workings. Rao gave the example of Estonia, a Baltic country that was part of the Soviet Union until 1991 and is now a member of the EU.

After getting back its independence, Estonia launched an aggressive program of modernization focusing on digital technologies. As a result, mobile phone penetration has increased from 4.92% in 1996 to 164% in 2014. Online banking jumped from zero in 1996 to 97% of financial transactions last year. The Estonians enjoy a streamlined public administration, and most of the services can be requested electronically using the country's secured ID cards. The central government, banking on digital technologies, has been able to reduce the duration of cabinet meetings to 60 minutes from ones that lasted four to 10 hours.

Rao concluded by talking about an "ikebana" (the Japanese art of flower arrangement) approach to bridging the digital divide, where a mixture of different types of technologies, such as low-orbit satellites, Google's balloons, LTE, DSL and fiber, will be used to bring the benefits of the internet and the IoT to all corners of the world.

"If we change the notion of our battleground, and we realize that we should be targeting all those global challenges -- that of demographic shift, of education, of political will -- clearly knowledge, innovation. and collaboration will likely increase," he said. "And if we make wise choices, decent prosperity for all is a very possible long-term goal."

Pablo Valerio has been in the IT industry for 25+ years, mostly working for American companies in Europe. Over the years he has developed channels, established operations, and served as European general manager for several companies. While primarily based in Spain, he has ... View Full Bio
We welcome your comments on this topic on our social media channels, or [contact us directly] with questions about the site.
Comment  |
Email This  |
Print  |
RSS
More Insights
Webcasts
Optimizing App Performance in the Cloud
Cybersecurity's Next Wave: What You Should Know
More Webcasts
White Papers
Why Add Security to Your Skill Set and How to Do It
Protection Strategies for a Cyber-Resilient Organization
More White Papers
Reports
Intelligent Outcomes Are Key to Business Resilience
Assessing Cybersecurity Risk in Todays Enterprises
More Reports

There are some very innovative Projects on currently in Africa,India and China which have been very successful in this regard.

This works out way cheaper than doing things the old way(read Europe,US and Canada) where the Government paid for the entire cost of The Grid to the remotest corners of the country.

You would also rule out the risk of Cyberattacks on your Grid and the resultant "Cyber-apocalypse" Almost entirely-www.csoonline.com/article/3004637/critical-infrastructure/ted-koppel-discusses-the-inevitable-cyberattack-on-us-infrastructure.html

The same model is also getting applied to High-Speed Broadband in Europe today.

How closely do you track Retail Store Openings/Closings?

If you track those closely in America,you will realize Organized Retail is dying as we speak.

Some say its a much-needed Transformation as America ages as well as over-retailed America dials down on Retail but I am not so sure this is'nt a more fundamental transistion away to a more Grass-roots level .

Ashu001, it might be possible. However, currently it is extremely difficult to pin-point exactly the sector or industry for which an individual is working. Work in the retail, automotive or banking sector, etc., and it is difficult to state whether retail or IT is the primary job function. The bricks and mortar setups are safe at the moment.

The really poor and down-trodden consumers are the individuals that do not have access to electricity and specifically, reliable electricity. Wood is the primary source of fuel and burning wood is a serious risk to health. If IoT can provide individuals with clean and reliable electricity at grid parity then, it is good. If the economics of clean/renewable energy works out on this level, the economies of scale will enable benefits to the wider world and maybe, in 100 years the world will be powered by renewables.
Reply  |  Post Message  |  Messages List  |  Start a Board

Are you sure you don't work for an IoT Vendor?

Every single word you said here makes perfect sense to me just wonder(& worry) whether The really poor and down-trodden consumers won't see their basic and fundamental rights get usurped entirely in the name of providing them IoT Technology.

The IoT will help developing economies to produce and meet their energy demands. IoT will enable the digital recreation of information, on one level this data will be utilized to increase the efficiency of small scale renewable energy generation and on another level the digital information will be easy to share (YouTube and "How To" sites) to increase community knowledge and best implementation practices of technology.

It is a long term plan and it might require a whole generation to work extremely hard to transform a developing economy into a developed economy. But, hard work has always been a prerequisite for creating a strong foundation for the economy, the examples of the first lumberjacks of North America that harvested wood to build the foundations of the economy was also extreme hard work.
Reply  |  Post Message  |  Messages List  |  Start a Board

As I had said previously I am not disputing the massive advantages that can arise from moving whole Hog to the IoT Space.

Just feel we need to be more cautious atleast untill Service Providers have built-up a Sustainable model for all users.

I am sure you also agree with my thinking here-Just because somebody is poor does'nt mean they have no right to their Personal Privacy.

Till then,looks like we will see the Cyber-Cafe Model (limited to a Particular Geographical Area) continuing to proliferate and hold sway over vast swathes of the Global population.

I did write something on that line last year when Facebook started to gloat abouth internet.org.

I believe Google's project Loom is a bit different becuase it is not subsidizing existing ISPs, but the goal is basically the same, connect everyone to the net.

Having access to the internet has many advantanges, but it has to be sustainable, and not become an addtional expense for people who have more basic needs to address.

While I am not disputing the assertion one-bit that IoT is an absolute Game-changer for Emerging Economies(with the potential to ensure they can go from Developing to Developed Economy Status in a little over a Generation's time);it still needs to be treated with Caution.

We don't want all Consumers to simply become Advertising Guinea pigs for these Mega-Corps(like in Minority Report today);Do we?

That's a situation which looks very much likely in today's day and age given most Consumers in Developing Countries are in no position to foot the Bill for Costly internet connections.Its obvious that its either the State or the Service Providers(like Google) who end up subsidizing the internet connections for These consumers.

I hope they don't end up paying a prohibitively expensive for the services they access which they never expected to pay in the first place.