Maker of TAG Heuer watches shifts gears, now plans to craft a smartwatch and possibly make acquisitions, in the wake of Apple Watch.

Today's world is no place for the analog purist.

Luxury watchmakers initially dismissed the threat posed by Apple Watch and other smartwatches. Now the head of the watch group at luxury goods company LVMH, which includes the TAG Heuer brand, said the company is four months into a smartwatch project, Reuters reports.

"We have done several partnerships and might also do acquisitions," said Jean-Claude Biver, head of LVMH watches and TAG Heuer interim CEO, according to Reuters.

Reuters also quotes LVMH general manager Guy Semon: "Smartwatches represent a challenge to the Swiss watch industry that is comparable to the appearance of quartz technology. We cannot ignore this tsunami that is coming closer." 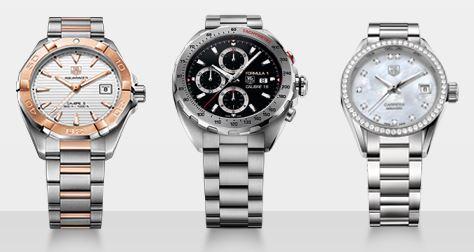 [For more on what makes a successful device tick, see Wearables Make Hardware The New Software.]

Back when the Apple Watch was announced, InformationWeek readers engaged in a lively debate over whether the likes of Rolex and TAG Heuer would have to respond to smartwatches and add some level of software-driven, digital capability to their luxury timepieces. I wrote:

I don't know if I want a smartwatch like the new Apple Watch, but I'm certain that the next watch I buy will be a smarter watch. That reality is the simple lesson of this week's Apple Watch launch. No matter your business, if your company doesn't innovate with software, you risk losing your intimate tie with customers and surrendering profits to someone else.

The response fell into three broad camps: the digital doubters, the digital believers, and those who wondered if luxury watchmakers could make the digital leap even if they wanted to. Here's a sample from each.

BillB031, for the digital doubters:

Where does the Author get these ideas for a story? I don't own a Rolex, but I do own a Breitling Navitimer. The reason people buy these watches is because of pure mechanical Art. So no, nothing digital will replace these watches. Replace a Timex, Seiko, other junk watches? Yes. Replace a Rolex? Hell no.

GregC438, a watch aficionado, for the digital believers:

There is an old saying... when the outside world is changing faster than the inside of your company, you are doomed for failure. Nobody loves watches more than me. I have a collection of 3 Rolex, an Omega Speedmaster, and a Tudor (Rolex's cousin). I have been fascinated with mechanical watches and wore one on my wrist for nearly two decades. That is until my Pebble watch came along. I can't put a Rolex back on my wrist because a simple Pebble does so much more for me as a professional.

InformationWeek editor Thomas Claburn, for those who doubt luxury watchmakers can make the leap:

There's a reason US software companies, particularly Apple, Google, and Microsoft, have done so well. Good software design is difficult. I cannot think of a single software application from a hardware vendor (except perhaps TiVo) that I enjoy using. This becomes particularly obvious any time you use an application designed by a printer company. It's invariably awful.

Carmakers have wrestled with the same software challenge, struggling to create digital interfaces that meet the high standards set by their mechanical engineering and existing knobs-and-buttons interfaces. The hospitality industry is trying to find the right balance between digital convenience and personal service. Starwood, for example, is offering guests the option of bypassing a check-in desk and going straight to their rooms, letting them open their doors using a smartphone app.

Striking the right balance won't be easy, regardless of the industry. But as TAG Heuer shows, it also isn't optional.

Celebrate your IT team's hard work: Apply now for the 2015 InformationWeek Elite 100, which recognizes the most innovative users of technology to advance a company's business goals. Winners will be recognized at the InformationWeek Conference, April 27-28, 2015, at the Mandalay Bay in Las Vegas. Application period ends Jan. 16, 2015.

Chris Murphy is editor of InformationWeek and co-chair of the InformationWeek Conference. He has been covering technology leadership and CIO strategy issues for InformationWeek since 1999. Before that, he was editor of the Budapest Business Journal, a business newspaper in ... View Full Bio
We welcome your comments on this topic on our social media channels, or [contact us directly] with questions about the site.
Comment  |
Email This  |
Print  |
RSS
More Insights
Webcasts
Protecting Your Enterprise's Intellectual Property
Building the SOC of the Future: Next-Generation Security Operations
More Webcasts
White Papers
How to Prioritize Risk Across the Cyberattack Surface
Managing OTT Content Distribution in the Connected World
More White Papers
Reports
How IT Security Organizations are Attacking the Cybersecurity Problem
Special Report: Understanding Your Cyber Attackers
More Reports

@jagibbons: if we filter out the probable target market, than as you said people who don't wear a watch aren't the target market. Than we extract those who wear watches but are not technology freak/literate (especially old people) and will prefer their conventional watch. In the last excluding those who simply didn't like this product. My point is that this product currently doesn't have a huge target market like smartphones or potential to create its own market like tablets.
Reply  |  Post Message  |  Messages List  |  Start a Board

...smartwatches will have to create a new market altogether where people never worn a watch...

@nomii, I'm not sure I agree completely. I think folks who have never worn a watch aren't really a likely  bigtarget market. If you've never worn a watch, I just don't see any smartwatch being very compelling. There are still a lot of watch-wearers out there. That's where I believe the bulk of the market lies.
Reply  |  Post Message  |  Messages List  |  Start a Board

@jagibbons: ebook was targeted to penetrate into a market where people were already using conventional books. Also their want any cost involved in creating and maintaining ebooks. On the other hand, smartwatches will have to create a new market altogether where people never worn a watch. Targeting those people and making them change their mind will be tougher than making ebook a success.
Reply  |  Post Message  |  Messages List  |  Start a Board

You get an a vital question -- where does digital belong? The highest end carmakers have decided they need digital interfaces, though they've also had to learn where a knob is better than a touchscreen. But i think it's dangerous to say digital means cheap.
Reply  |  Post Message  |  Messages List  |  Start a Board

If traditional watchmakers are to smart watches what Sears/Kmart, etc. is to ecommerce, then they are not in the new game. So the Rolex epitaph is tick, tick, tick...
Reply  |  Post Message  |  Messages List  |  Start a Board

A few weeks ago, I had need for a a small audio amplifier. No, I didn't build it with mechanical components, or even vacuum tubes. I built it of discrete components and transistors. I took a picture of it. It was beautiful. You could look at it, and if you had a bit of training, you could see what was happening, and understand the signal flow.

Maybe that's one of the reasons that "steam punk" is so popular these days. Those old machines had souls. Rough, hard, mechanical souls, but they had real character. No I'll never be wealthy enough to own a beautiful machine like a Rolex, but I wish I were. The elegance of the parts working together in harmony can stir an engineer's soul. I hope enough people wealthy enough to afford these gems will stay interested so that these wonderful machines don't fade into history.
Reply  |  Post Message  |  Messages List  |  Start a Board

Agreed, the article isn't really about the Apple Watch. However, the Apple Watch is highlighted as the "killer app" that has (which remains to be seen if it will) changed the industry. Smart watches are growing in popularity. The release of the Apple product will most likely present a significant incease in smart watch ownership, but I don't know that it will really eat into the market of precision timepieces all that much.

I do find it interesting, though, that these watchmakers are seeing that there could be a significant change to their market. I think back to the change that traditional publishing houses have gone through (mostly kicking and screaming) with the arrival of the ebook. There is still a place for paper-based books. Many prefer them, but there is also a huge market for ebooks.

With watches, I think both with live side-by-side for a long time to come.
Reply  |  Post Message  |  Messages List  |  Start a Board

Apple is responding to an existing market same as TAG. Failure to mention that (the existing market) makes this article a clickbite.
Reply  |  Post Message  |  Messages List  |  Start a Board

This article isn't about the Apple Watch. It's about TAG Heuer's reaction to the planned watch and the digital disruption ahead for companies in a variety of industries.
Reply  |  Post Message  |  Messages List  |  Start a Board

How can you structure your article around a product that hasn't been released yet? Pebble, Moto 360, LG and Samsung watches are not smart enough?
Reply  |  Post Message  |  Messages List  |  Start a Board
Page 1 / 2   >   >>
Editors' Choice
Hot Topics