Telecom companies insist they already comply with the precepts of net neutrality. So what is the harm in codifying their behavior?

President Obama on Monday asked the Federal Communications Commission "to implement the strongest possible rules to protect net neutrality," and to extend those rules to cover mobile broadband.

It's about time. The FCC needed to hear in unequivocal terms that anything less than strong net neutrality protection would risk turning the open Internet into something more like the fiefdoms of cable television.

Regulation can hinder businesses. But some businesses should be hindered because they have the potential to interfere with other businesses. Without net neutrality regulations, the Internet becomes a protection racket. Network owners have the option to slow certain network traffic if the source of that traffic fails to pay above and beyond the agreed upon rate.

Neither Comcast nor Verizon likes the idea of being regulated. Comcast said Title II reclassification "would jeopardize this engine for job creation and investment as well as the innovation cycle that the Internet has generated." Verizon said, "Reclassification under Title II, which for the first time would apply 1930s-era utility regulation to the Internet, would be a radical reversal of course that would in and of itself threaten great harm to an open Internet, competition and innovation." 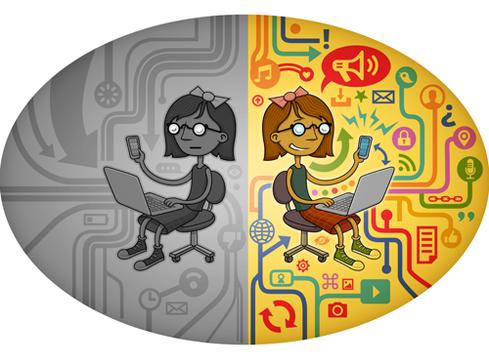 If Verizon bristles at being bound by a law that originated as far back as 1934, it must be fuming at its tax obligations under the even more antiquated 1788 United States Constitution.

But leaving that bit of rhetoric aside, the arguments posed by telecommunications companies make no sense. Verizon calls the proposed Title II reclassification "a radical reversal of course," even as Comcast insists

"Government regulation has certainly been known to do more harm than it does good in all kinds of areas, some that seemed like no-brainers, too. That being said, the ' any regulation kills the free market' argument is a little tired, isn't it? It's not like anyone thinks there should be no rules, so what we're really talking about is finding a healthy middle ground."

Amen. Or at least that's the way it should be. But then again, as you pointed out, "go start your own ISP" comments come up. There's definitely a point of view that's a lot closer to "no rules" than it is to "middle ground." Personally, I don't blame telecoms for resisting regulation, but I also don't trust them any farther than I could kick them.
Reply  |  Post Message  |  Messages List  |  Start a Board

>Do all of you want to pay tax dollars to increase the backbone to handle this traffic when you really don't care if you have HoloTV.

It's not necessary for the government to pay for network infrastructure. It could be an option -- the government pays for roads and it works out okay. But networks could also be paid for by network owners. Now you have companies like AT&T posturing by saying it's going to halt fiber investment until the rules get cleared up, but AT&T is just holding its breath until it gets its way. It's relying on the fact that there's too little competition. If there was adequate competition, it would only hurting itself by not investing in its own network -- unsatisfied customers would go elsewhere. And if it has to share its network, it should be able to pass on some portion of that cost -- provided there's transparent and fair accounting.

>Why not let the free market work to make things better instead of coming in with the heavy hand of government, screwing it all up?

But it's not a free market. Try to start a local fiber ISP in any city in America. The spectrum is a public resource, regulated by the government (for good reason); public land access is similar, controlled by cities.

What's more, you don't want a free market in foundational commodities, like data or water or roads. You don't want some company to become the Apple or Google of, say, water, because that would put the company in a position to extort huge profits. You want foundational commodities to be available for other companies to add value, so those businesses can grow.
Reply  |  Post Message  |  Messages List  |  Start a Board

Regulation, assuming it's light enough, is not the enemy of innovation; lack of competition is.

But doesn't what you're suggesting impede the ability of the next YouTube/ Netflix/ etc to organically rise up?
Reply  |  Post Message  |  Messages List  |  Start a Board
InformationWeek Is Getting an Upgrade!