Netflix pays cable provider for fast, reliable service. Consumer advocates fear it's the first of many deals to come.

Netflix and Comcast announced a deal on Sunday whereby the bandwidth-hungry movie and television streaming service will pay the nation's largest cable provider for fast, reliable access to its subscribers.

It's being hailed as a landmark deal that acknowledges a weakening of Net neutrality rules that once ensured free and equal access to Internet bandwidth regardless of capacity demands. In January, a federal appeals court struck down Federal Communications Commission Net neutrality rules, saying the agency had overstepped its authority.

Proponents of Net neutrality have argued that major US carriers, including Comcast, Verizon, and AT&T, could wield too much power over content providers without rules preventing them from restricting access to bandwidth and charging premiums based on capacity demands. Netflix, producer of the popular House of Cards series, accounts for as much as a third of Internet traffic during peak viewing hours.

Last week, the FCC proposed new rules that would prevent Internet service providers from blocking legal sites or services from consumers and would restrict, but not ban, carriers from selectively restricting bandwidth. InformationWeek columnist Jonathan Feldman has argued that Carriers Won't Win The War On Netflix and other content providers because network monitoring will make restrictions obvious and they could not withstand the resulting public outcry.

The deal with Comcast signals that Netflix isn't counting on new Net neutrality rules and wasn't prepared to gamble with the customers' streaming experience. Terms of the deal were not divulged, but a source told The New York Times that Netflix will pay Comcast several million dollars per year to provide more direct and reliable access to its content, bypassing intermediary connections to its network to ensure steady streaming free of pauses and hiccups. 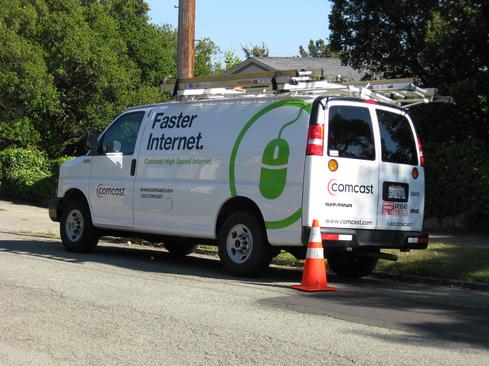 The deal comes just 10 days after Comcast agreed to pay $45 billion to acquire Time Warner Cable, a deal that, if approved, will give the company a third of the US cable market and 40% of the broadband Internet access market. There have also been reports that Verizon, another giant among carriers, has been restricting access to Netflix in the wake of the court ruling on Net neutrality rules, a charge that the carrier denied.

Consumer advocates fear that the Netflix-Comcast deal will spark similar deals with the cost of the fees passed along to the consumer. Will carriers be able to hold content providers over a barrel until they agree to pay fees for adequate bandwidth? It remains to be seen whether the FCC will attempt to step in to prevent such deals or whether its new rules will stand up to court scrutiny.

Doug Henschen is Executive Editor of InformationWeek, where he covers the intersection of enterprise applications with information management, business intelligence, big data and analytics. He previously served as editor in chief of Intelligent Enterprise, editor in chief of ... View Full Bio
We welcome your comments on this topic on our social media channels, or [contact us directly] with questions about the site.
Comment  |
Email This  |
Print  |
RSS
More Insights
Webcasts
Managing Your Enterprise Collaboration Platforms
Leveraging Infrastructure as Code to Streamline Security & Operations
More Webcasts
White Papers
Forrester Total Economic Impact Study: Team Cymru Pure Signal Recon
The 7 Step Guide to Third Party Risk Management
More White Papers
Reports
Cortex XDR Rides the Forrester Wave as a Leader
Are We Cyber-Resilient? The Key Question Every Organization Must Answer
More Reports

RRadina, Do you hold Netflix harmless here? Agreed 100% on Comcast and competition. When FiOS came to my neighborhood, suddenly Comcast really, really liked us. All those pesky yearly rate hikes? Fuggedaboutit. Expect that when Google Fiber gets to Boston, Comcast will start sending us annual fruit baskets.

However, Netflix is playing games, too. That's what I meant by motives.
Reply  |  Post Message  |  Messages List  |  Start a Board

Well, I assume that you're channeling the late, great Gandolfini as Tony Soprano. And as someone raised on ziti and gravy, I can relate. However, as with some Sopranos episodes, this is one case where the motives are somewhat fuzzy. If I were thinking of starting a service to compete with Netflix, I might take a moment to think twice. Capisce?
Reply  |  Post Message  |  Messages List  |  Start a Board

Netflix is willing to pay, not just to protect its customers' streaming needs, but to increase the price of admission for potential Netflix competitors. Amazon would also like to be a streaming content provider but it may not have counted on the cost of streaming going up, now that it's investing in content.
Reply  |  Post Message  |  Messages List  |  Start a Board

Everytime we see content providers and carriers go at it over proposed rate increases, and the war of ads begins over who's depriving whom of service, it's clear that those who control the pipes into homes and businesses have too little competition. Time for the FCC to finally have the same oversight over Internet providers as they do broadcasters.

Come on, if that's so, what are they paying for? To NOT be slowed down? That sounds much like the baseball bat/china shop analogy.
Reply  |  Post Message  |  Messages List  |  Start a Board

Reports have it that both Comcast and Verizon have been crimping Netflix' bandwith since the January ruling on Net neutrality. Yes, there are technical differences between "paid peering" and "paid prioritization," but the bottom line is that Netflix is paying a carrier money to ensure good service. Which content provider will be next and how many carriers are going to get on that line for payments?
Reply  |  Post Message  |  Messages List  |  Start a Board

There's also the fact that this helps Netflix stifle competition. It can afford to pony up the vig to Comcast. A smaller startup seeking to compete? Not so much. It's bad for consumers.
Reply  |  Post Message  |  Messages List  |  Start a Board

The court of public opinion will not hold carriers in check. How many times have these guys held up Fox, CBS and other big content providers in the cable world? Now it's happening with Internet content, and the only thing to stop them from holding content providers over a barrel is the law. There's not enough competition and freedom of choice for the free market to work.
Reply  |  Post Message  |  Messages List  |  Start a Board
InformationWeek Is Getting an Upgrade!