Mark Hurd showed up 10 minutes early for our scheduled 9:00 to 9:30 a.m. interview, which we conducted earlier this month in a shut-down bar off the lobby of Manhattan's Palace Hotel. Hurd, one of Oracle's two co-presidents, was in town partly to address the invitation-only Chief Marketing Officer Leadership Forum later that morning. I was pleased to get 40 minutes to talk with Hurd about Oracle, as well as industry and customer trends, as something of a primer for the on-stage keynote Q&A the two of us will be doing at the InformationWeek Conference in Las Vegas on April 1.

The previous time I had sat down with Hurd was also in New York, in October 2011. It was a year after CEO Larry Ellison had brought in the no-nonsense former HP CEO to lead Oracle's sales and marketing efforts while the other co-president, Safra Catz, continued to oversee financial matters, including mergers and acquisitions.

Hurd at that time talked about the smartphone revolution, which he characterized as putting the power of the old VAX minicomputer into the hands of billions of mobile customers and employees, all of them wanting to "bang on" petabytes and eventually exabytes and zettabytes of data and expecting a modern, "consumer" experience. This was all happening while the corporate world tried to make do with applications that were 20 to 25 years old. It's hard work for companies to uproot and realign their legacy applications for modern processes, business models, and customer expectations, Hurd noted at the time, especially when IT budgets are flat. 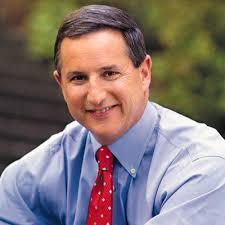 Even Oracle's ERP applications are "headed to the cloud," says co-president Mark Hurd.

In 2014, is that still the No. 1 challenge keeping Oracle's customers up at night? What's different today?

"All the things you said -- or said that I said -- are still true," Hurd replied. "But you've had a sharpening of it in the sense that the tools have continued to mature and demographics have continued to evolve. There's a stat: Roughly speaking in the next eight or nine years 40% of Americans can retire. When those people retire and are replaced by the next generation, those people become our customers, and their familiarity with IT is very different from the generation that's retiring. The people retiring now are from the PC generation. The people entering the workforce are from the Facebook generation. The way they communicate, the way they talk, the way they reference is very different from what I did. You can go down the same track on the employee side. Now you just get on social media and say, 'Hey, can anyone tell me anything about this?' and you get a thousand inputs. The transparency we're seeing in the marketplace is unlike anything we've seen before."

So how do those trends translate to the way that Oracle needs to approach its customers?

"There are two really big things going on at the same time," Hurd said. "They may seem in opposition to each other, but I really don't think so.

"I don't know many CEOs telling their people in IT: 'Your budget is limitless.' Most people have a fixed set of money, and they have to get a lot done with roughly what they've got. So our customers, generally speaking, are looking for ways to save money. And that means simplification -- getting rid of complexity -- consolidation where appropriate… That's one of the reasons you see this secular move to cloud and to engineered systems. The No. 1 driver of that is simplicity.

"On the other side of this is this massive drive for innovation, particularly around the customer: How do I get better at connecting to the customer? You're going to see this ripple through, industry by industry. Retailers, as a segment, are obsessed with how to connect better to customers. What I like about retailers as an industry is that they have very thin margins -- their whole business is about getting the right product into the right place at the right time. Their differentiation is that inventory location and their relationship with you. So they tend to innovate. The company that can connect with me, that can engage with me, that can transact with me the way I want, where I want, when I want, and offer me the right services is going to get my business and I think the next generation of buyers. And that technical capability will change markets.

"At Oracle, our job is to help customers do both of those things at the same time: innovate and save money."

Outside of retail, I asked Hurd, which industries does he see driving true "digital business" innovation and competitive advantage?

"Right now in the banking segment, all it takes is for one company to nail it for everybody to follow," he said. "Same thing in telecommunications service providers. Once one company nails it and gets in front, they start to gain share and it has a ripple effect throughout the entire segment."

I asked Hurd about the changing role of the CIO and the emergence of the "chief digital officer" to drive digital innovation, often outside the IT organization. I also asked him about the movement of IT budget dollars outside of IT organizations and into marketing and other departments. Is the CIO role being marginalized?

"You catch me one hour before I'm going to keynote a marketing conference," Hurd replied. "First of all, I think being a CIO is a very hard job. By definition, you can never please everybody. There will always be functional organizations who say, 'Yeah, he doesn't give me what I want.' But I think it depends upon the function, the company, and the industry… CEOs traditionally are hired and fired based on their ability to perform. And generally revenue drives that. And they feel like their marketing department has an opportunity to change the brand, so you'll see more IT projects in marketing than you've seen before.

"But I think in the end you're looking for companies to have a cohesive IT strategy. In the end things like security… are still too important."

"The app is typically owned by the functional leader, [who's responsible for] the influence of the decision if not the total decision. The ability to ensure that the solution meets corporate standards, such as security, has to fall to IT."

I asked Hurd how Oracle's cloud strategy has evolved over the past two years. In that time, most of the company's 20 or so acquisitions have been cloud-based, including RightNow (CRM software), Taleo (talent management software), Eloqua (marketing automation), Responsys (campaign management), Nimbula (infrastructure), and Corente (application delivery). Meantime, Oracle has also introduced Oracle Fusion applications, designed for cloud delivery as well as on-premises deployment.

"In SaaS, we're really the only company in the market today with a suite of applications," Hurd said, referring to HR, financial, sales automation, marketing, etc., and noting Oracle's 35% growth in SaaS bookings last quarter. "We feel very good about the depth and breadth of our portfolio. We made the change in our company a year and a half ago, where we lined up our sales force against secular competitors, by function, by product.

Will companies be more or less likely to switch between enterprise software vendors in the coming cloud era? Are customers more locked in, because of the challenge of moving data?
Reply  |  Post Message  |  Messages List  |  Start a Board

Customers do have a choice. They may consider Oracle's financial, engineering, and support strengths, as Hurd says, but they're also considering the cost and complexity of doing business with Oracle. Hurd doesn't seem to see the ease of doing business with Oracle as a particular problem. Why then, I would ask, are cloud-based companies like Salesforce.com, NetSuite, and Workday growing faster than Oracle in the cloud? They may be smaller than Oracle, but I'd hardly call them "small startups."
Reply  |  Post Message  |  Messages List  |  Start a Board

As I mention above, I'll be sitting down with Mark Hard on April 1 during the anchor session at our InformationWeek Conference (the conference starts on March 31--informationweek.com/conference). It will be an on-stage, unscripted Q&A. What would you like me to ask Hurd? Please keep the questions high level and relevant to Hurd's role at Oracle. Come April, we'll report back on his answers.
Reply  |  Post Message  |  Messages List  |  Start a Board
InformationWeek Is Getting an Upgrade!