R.R. Donnelley is a Fortune 500 marketing and business communications firm that became much more than that. One of the 150-year-old company's key services is transporting massive amounts of documents, marketing support materials, and an array of other items, large and small, for demanding clients. For R.R. Donnelley, logistics cost optimization is not just a good idea -- it's essential to long-term competitiveness.

"We found that we were actually quite good at managing independent shipping organizations, and we expanded that business to ship much more than just communications material, to ship all kinds of products," explains CIO Ken O'Brien. "Usually nothing in the refrigerated space, but everything from dog biscuits to refrigerators."

As R.R. Donnelley grew its shipping business, it increasingly found itself in an excellent position to capture a wide range of market segments. "But a lot of our potential was driven by our ability to provide accurate rates for our customers," O'Brien says. "Not just accurate, but compelling rates for our customers, and speed."

It quickly became apparent that obtaining an ability to provide a quick turnaround on bids and estimates for potential shipping jobs was the key to winning contracts. "And that was really the catalyst behind the development of our new technology platform," O'Brien says. 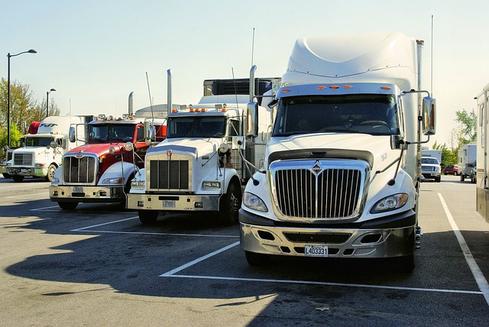 The idea of developing a freight cost optimization engine originated in R.R. Donnelley's business group. "They were looking for some competitive advantage in the marketplace,  some kind of differentiation," O'Brien says. "They found that we were losing when we had less confidence in our rate."

Overly cautious rate estimates were a big problem. "We were estimating too high, because we didn’t understand all the variables and we didn’t want to estimate too low and lose money," O'Brien says. "So we would hedge our rates, and therefore wouldn’t get as many wins."

With the problem identified, the business group turned to the company's IT experts to develop a solution. "We certainly had plenty of expertise in logistics, and we already had an Agile development platform and AI-type applications, but we augmented that with some folks who really understood machine learning," O'Brien says. "We also knew that we needed to approach the creation of a rate engine from a new perspective."

The company decided to tap experts from outside of the transportation industry who could approach the challenge from a different angle. The goal was to develop a formula to predict rates rather than base pricing on relatively basic historical averages. "By using cognitive computing, a model could be developed that could learn and improve over time," O'Brien says.

"The project required an investment of $200,000; it increased our truckload win rate by 4% and paid for itself in the first month of deployment."

The collaborative effort made it possible to disrupt the company's traditional approach to rate modeling. "In the past, we have relied solely on developers from our logistics business," O'Brien says. "For this project, we expanded the team by hiring experts from outside of the transportation industry to include data scientists, machine learning experts and resources from across RR Donnelley's business verticals."

The team followed strict scientific principles while creating the model, requiring data- and proof-driven outcomes from start to finish. The team worked in R, a leading programming language used by data scientists to create the model, which made it possible for a broader range of experts, including individuals from math and science industries, to access and contribute to the creation of the model.

The rate engine model was built using the Microsoft Azure Machine Learning Studio as a platform. "We were an early adopter of the Machine Learning Studio and received support from Microsoft as we helped shape the development of the product," O'Brien says. Using an Agile development methodology, the team used the platform to streamline and accelerate the development and prototyping processes. The team lead used the platform to enforce and overall rules and methodologies for the project, including by ensuring proper separation of data and validation testing.

The innovative approach worked. Within months, the IT team was able to bring a completely new perspective to a long-standing industry challenge. Socializing the tool's development also provided a largely unexpected opportunity for cross-team collaboration. "The data analysts and experts that created the model are engaged with internal pricing teams and others to provide training on the new rating engine," O'Brien says. "The team is leading the business through the shift in thinking that is required to understand the new model and its impact on RR Donnelley and the industry.

The end result, says O'Brien, was a rate engine with unparalleled speed and accuracy. "The project required an investment of $200,000; it increased our truckload win rate by 4% and paid for itself in the first month of deployment," O'Brien says. "In 2017, we project that our truckload brokerage business will grow from $4 million to $16 million, which is a $12 million (2%) increase in revenue against a $600 million business."

O'Brien describes the rate engine as a big data analytics system that leverages machine learning to process data. The system is built on a machine-learning platform to use historical data for a complex multivariate, forward-looking model. "Historical data; all the shipments we’ve made and the pricing," he says. "Then we stack all the variable data on top of it -- What was the weather, market conditions, prices of fuel, etc.?"

The data is then essentially divided into two. Half is used to perform correlation. "You take all of those variables and you look for the relationship," O'Brien says. "You process it over and over again until you uncover the real relationship." The remaining data is then compared against the discovered relationships. "If I believe there is a relationship, I set up a model to test it," O'Brien says. "Once you finish that process, you end up with a system that actually provides you with a predictive rate that could be many, many days, even weeks, into the future, based on the variables that you have."

A pilot deployment was launched in October of 2016, about a year after planning began. "Very quickly after that, in December 2016, we actually launched the application and started using it in a production environment, a true business environment," O'Brien says.

"Now we have an automated freight prediction system," O'Brien states. "All you have to do is put in the route from A to B, and it will give you the most likely rate at which you could bid for that particular shipment."

O'Brien says that the system has actually exceeded its planners' original expectations. "Certainly, it did create a differentiating element force in the marketplace," he says. "We are winning new business, so that’s really the bottom line" Rate accuracy is also way above the industry average. "Because of that, we can have a much better level of competence in the bids that we provide to our customers," O'Brien says.

The first-of-its-type rate engine, which placed second in the 2017 InformationWeek Excellence Awards in Data & Analytics, predicts truckload rates in real time and is 7.5-times more accurate than the industry average, O'Brien says. The rate engine is continually updated with new data, improving its reliability and accuracy with each refresh. "The model has disrupted and redefined the industry's standards for rate modeling," O'Brien says. 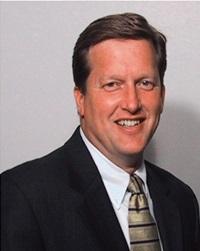 The engine also offers two key benefits, O'Brien says. Speed is one advantage. "Our ability to turn things on a dime, as opposed to having to manually verify numbers, is very useful," he notes. "It’s easy to come up with a rate, but to try and employ all the variables, then verify everything and raise the confidence level to the point that you’re going to give a profitable rate quote, is quite another." While the business staff is busy crunching numbers, the potential customer has time to consider other shipping options and perhaps even cut a deal with another shipper before R.R. Donnelley issues its bid.

Improved accuracy is the engine's other major benefit. "It really changes the game on the ability to quote the best rate possible," O'Brien says. "It allows us to not hedge on quotes and, perhaps, to get our competitors to hedge."

An unforeseen benefit is the way the rate engine has inspired R.R. Donnelley management to explore the possibility of using of machine learning in other business areas. "Once you get a win like this, generating real revenue and increasing profitability, it really opens everyone's eyes to where else could we use machine learning technologies to enhance the business," O'Brien says.

O'Brien says that businesses facing similar logistics-based challenges need to stop talking and begin working. Yet he admits that planning and deploying a machine learning system means riding pretty close to the edge of the business technology wave. "Everybody's talking about machine learning, yet the approach is still fairly new," he observes. "They need to adjust their expectations to understand that there’s going to be some challenges to overcome and to set their timeline accordingly."

"It's basically a straightforward, scientific problem," O'Brien advises. "Your bigger challenges are going to be around culture and getting people to understand and accept what you’re doing."

John Edwards is a veteran business technology journalist. His work has appeared in The New York Times, The Washington Post, and numerous business and technology publications, including Computerworld, CFO Magazine, IBM Data Management Magazine, RFID Journal, and Electronic ... View Full Bio
We welcome your comments on this topic on our social media channels, or [contact us directly] with questions about the site.
Comment  |
Email This  |
Print  |
RSS
More Insights
Webcasts
Key technology trends in 2021 - Making these technologies work for your business
People Are The Most Important Part of Autonomous SOC
More Webcasts
White Papers
Why Add Security to Your Skill Set and How to Do It
Sunburst: Impact and Timeline
More White Papers
Reports
The State of Cloud Computing - Fall 2020
Building an Effective Cybersecurity Incident Response Team
More Reports

Extremely interesting that RR Donnelly was able to use Machine Learning Studio to build this system. If it only uses previous RR Donnelly shipments as its data source, it may work very well for Donnelly purposes. But someone else could build a better industry-wide engine by applying the same approach to information from all shippers.
Reply  |  Post Message  |  Messages List  |  Start a Board
Editors' Choice
Hot Topics

CRM Trends 2021: How the Pandemic Altered Customer Behavior Forever Jessica Davis, Senior Editor, Enterprise Apps,  2/18/2021
White Papers
Why Add Security to Your Skill Set and How to Do It
Sunburst: Impact and Timeline
Protection Strategies for a Cyber-Resilient Organization
5G-Enabled Edges of Tomorrow Require Converged Network and Security
Balancing Hybrid Storage as Part of a Hybrid Cloud Data Management Strategy